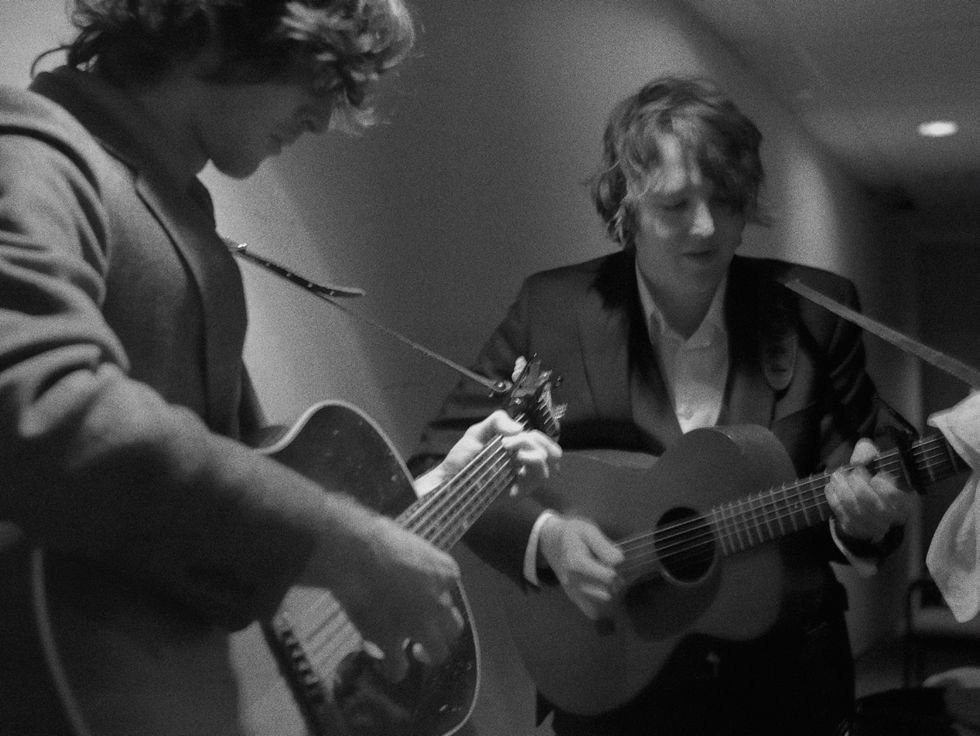 Five Live Music Shows to Buzz About This Week

This minimalist duo has won praise from folks at NPR and Spinner while perfecting a specific blend of Americana, 1950s classic folk and compelling narrative. They've been compared to Ryan Adams and Iron & Wine, and it fits — their soft hush affects on multiple levels, a mind/body/soul trifecta.

Catch San Francisco's resident twee electro poppers before they explode in Europe with The Sounds. The Limousines' 2011 cut Get Sharp was one of the year's best local releases, falling in line with the deceptive sophistication of bands like Vampire Weekend and Death Cab for Cutie. Don't be fooled by track titles like "Very Busy People" and "New Year's Resolution"; much more meets the ear when push comes to shove.

The buzz is approaching critical mass for London, whose debut album, Timez are Weird These Days, tickled critics in all the right places last year. He's a slippery one to pin down, stylistically: disco, hip-hop, straight sugar pop, soul, they're all fair game. The Brooklyn-based artist is at his most eclectic on "Wine and Chocolates," with the help of some TV on the Radio dudes. He's a compatible foil to K. Flay, our resident hip-hopper transcending boundaries and genres. Check this Bay Bridged Q+A for a peek inside the S.F.-based artist's world.

Sometimes — I'm looking at you Mr. Dashboard Confessional (incidentally, playing Thursday night at Slim's) — it's better to leave things unspoken. The genius of El Ten Eleven is how they let us fall into the beautiful soundscapes of complex instrumental tracks without obfuscating our minds with trite lyrics. Let the groove move ya, they seem to say. These guys are more Mogwai than Explosions in the Sky, letting things develop without the need for spectacle. Let it wash over.

2012 may be the year big names in house become, well, household names. Artists like Deadmau5 and Skrillex have climbed the music biz ladder, unwittingly raising the fists of teenage girls and your elders in the not-know. But before they achieved said status, Stadium DJ Steve Aoki paved a path. The pride of UC Santa Barbara is now something of a DJ/mogul, with ventures into clothing lines and the restaurant biz, while he travels the world playing partymaster at venues like Bill Graham.