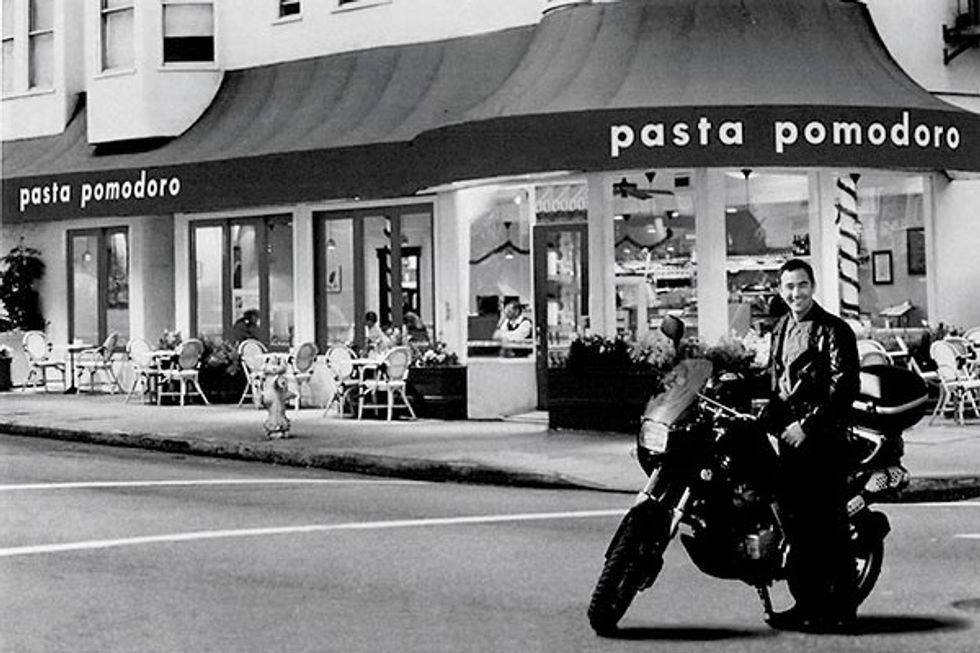 3. Where do you go for a good drink and what do you order?

An Old Fashioned at Lolinda.

Tacos from La Taqueria in the Mission—it's close to where I live.

5. What Bay Area restaurants are on your list to try?

When, after not being successful for five years as a restaurateur, I opened Beretta—and it was a huge hit from the get-go.

8. When did you first know you wanted to work in restaurants?

At the age 15, when I started culinary school in Italy.

10. What do you make for yourself to eat at home?

Seeing my team being successful. And witnessing the lines outside of my restaurants doesn't hurt!

13. Which living culinary person do you most admire?

Paul Bocuse, the first real "celebrity chef" and a true pioneer in French cuisine. I was fortunate enough to work with him in Lyon.

14. What most influences your food?

Travel. I'm inspired by the things I see, taste, and experience when I explore places I've never been to before.

Super Duper burger with grilled onions, cheddar, and blue cheese. It's like a rib eye!

Mine or others? In other cooks: improperly seared grilled steaks.

When I was 17, I finally got my chef boss to say the whole leg of veal I roasted in the oven was in fact, perfect!

In Italy, when I stayed with Gualtiero Marchesi, the first three Michelin star restaurant in Italy and the only one for several years.

21. Describe your work persona in one word?