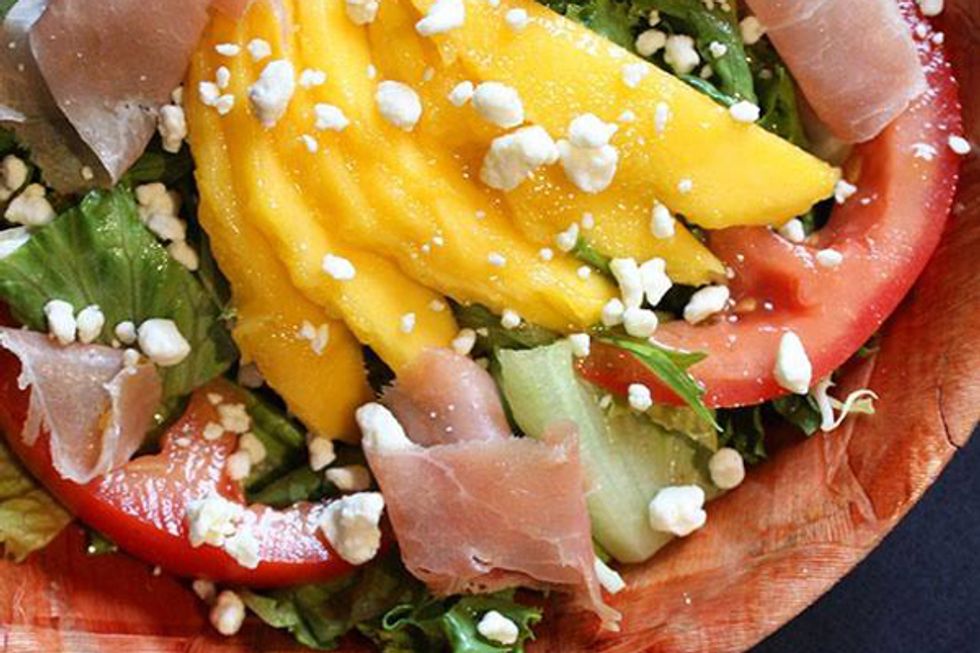 Foodie Agenda: Waffle Pairings, Make Your Own Ceviche, and More

Along with the time-honored tradition of releasing the newest Beaujolais vintage on the third Thursday each November, Thomas Keller’s Bouchon Bistro will offer a prix fixe menu in celebration of this incredibly food-friendly wine. The menu will be characteristic of the Lyon and Beaujolais regions (think beef cheeks in red wine with carrots, turnips, and pearl onions), so you can be transported to France, just for a night. $45 for dinner, Beaujolais pairing added for $30. Through 11/27, 6534 Washington St, Yountville.

The Williams-Sonoma Cooking School launched last week in Union Square. Each class includes a cooking demonstration, and students prepare, cook, and share meals together in the store's fully outfitted kitchen. Classes are appropriate for all skill levels. Take a two-hour workshop ($75), a three-hour themed course ($95-$155) or go all out with a four-hour intensive ($155-175). On Monday and Tuesday, a very timely pie technique class will be offered for all you bakers who need to work on perfecting your crusts and fillings. Register here. 340 Post St.

Cibo hosts a pop-up appropriately named "What Would James Beard Do?" to honor the epochal personality behind American gourmet cuisine. The pop up will explore the comforting world of American food and drink with passed appetizers and a buffet including Corn Flake-fried chicken, clams casino, meatloaf with mashed potatoes, and a whole lot more. Noshing will be accompanied by the Americana music of the Easy Leaves (who recently played at Outside Lands!). $75 (includes two drinks), buy tickets here. 1201 Bridgeway, Sausalito.

If you can't get a plane there any time soon, take a journey through Latin American at Antologia Latin American wine bar (the first wine bar in the city to offer a curated list of wines exclusively from LatAm). Start first with appetizers, then partipate in making on a staple of Latin cuisine, ceviche! They won't let you go thirsty through all of your hard work, you'll be treated to a flight of three curated Latin American wines. $40, buy tickets here. 12:30 - 2 p.m., 515 Broadway.

Your idea of perfect pairings may include Cabernet with juicy steak, Sancerre with oysters, and Prosecco with... waffles? Hey, you never know until you try. Chrissy's Waffles pops up at Biondivino this weekend for Wafflesgiving, a chance to sample autumn-themed waffles (like malted buttermilk and poached pumpkin) alongside grapefruit and bitters Prosecco cordials. 12 - 3 p.m., 1415 Green St @ Polk.