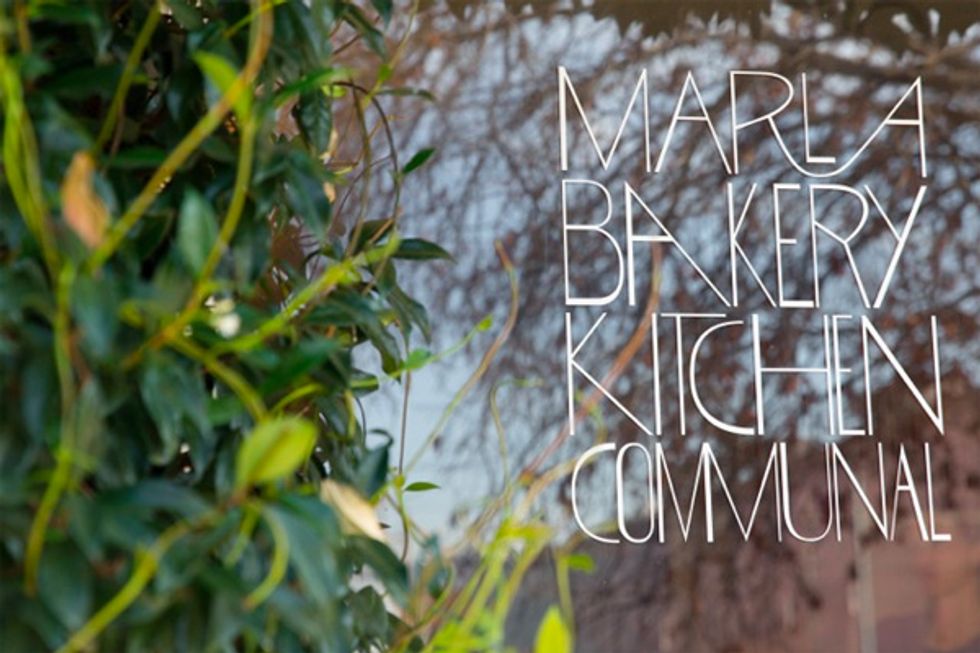 This week's food news includes a new location of one-year-old Reveille Coffee Co., which is opening a second cafe in the Castro; the addition of an ice cream bar at Daniel Patterson's soon-to-open Alta CA; chef George Morrone has a new restaurant; and a new bakery window in the Mission for Outer Richmond-based Marla Bakery.

The Castro is soon to be richer in coffee than any other neighborhood in the city with the opening of a new location of Reveille Coffee Co., on top of the new Eureka! and the in-progress locations of Espressamente Illy and Weaver's Coffee & Tea. The North Beach location is now a year old, and as Castro Biscuit and Inside Scoop report, the brothers Tommy and Chris Newbury behind Reveille are taking over a garage space in a Victorian (formerly a guest house) at 4080 18th Street. The new location, set to open in January, will include a patio, and food service, with breakfast, lunch, and dinner planned. [Castro Biscuit, Inside Scoop]

We're getting closer to the opening of Coi chef Daniel Patterson's new, casual mid-Market spot Alta CA (1420 Market Street). We still don't know much about the menu, but this week we learn that the only thing on offer by way of dessert will be ice cream. There will be a whole ice cream shop within the restaurant called The Malted at Alta, and it will feature unusual, housemade flavors as well as "chef-driven" toppings, for eating in or takeout. [Eater]

Something is coming to the former Bechelli's space in the Marina (2346 Chestnut Street), nestled in next to the Presidio cinema, and it's called Hopper's Place. It's going to be an American bistro with 49 seats, and as Tablehopper reports, the guy behind it is Lolinda general manager Alvin Garcia. He's aiming for a February opening, and he's still interviewing chefs. [Tablehopper]

Out in San Carlos, longtime Aqua and Fifth Floor chef George Morrone has just opened a modest little Italian spot called Gusto. It's a partnership with Enzo Rosano of Locanda Positano next door, and the space was formerly Rosano's casual off-shoot Limone. Check out the ten-item menu here. [Eater]

And over in the Mission, the pair behind the Outer Richmond's Marla Bakery (Nopa's Amy Brown and Wise Son's Joe Wolf) just opened a second location of sorts. They've opened a service window at their commercial kitchen space at York and 18th. There you can now find breakfast and lunch items between 9 a.m. and 4 p.m. including bagels, sweet and savory scones, pain au chocolat, and sweet and savory pies. See the menu here. [Eater]

In other important news, Michael Bauer got a new iPhone, and hopefully this means his food photos will not be as terrible as Martha Stewart's, going forward.