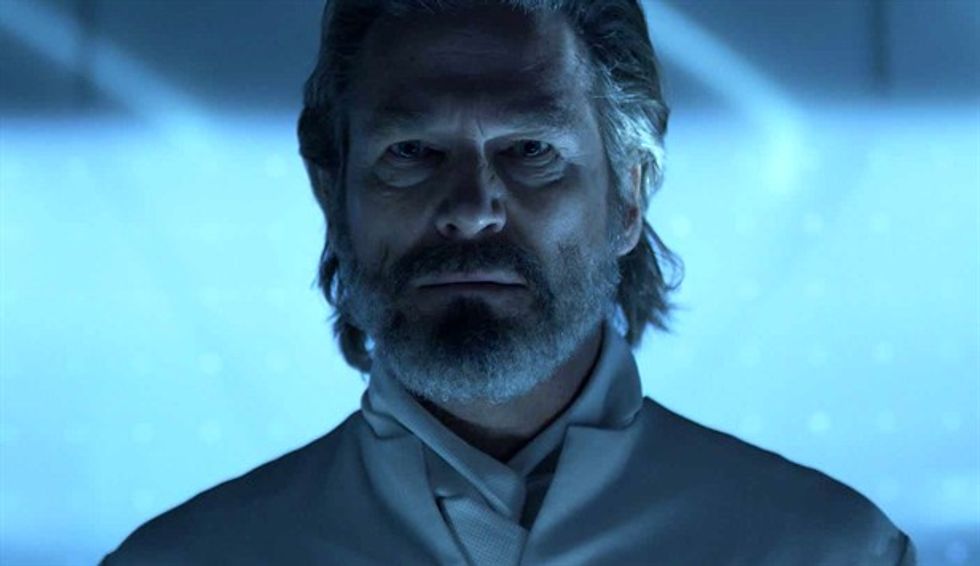 For a 'TRON' Sequel, The Dude Abides

Early this year Jeff Bridges won his first Oscar, for last year's Crazy Heart, after four previous nominations yielded no hardware. Now, he is returning to the scene of one of his most unusual and iconic adventures – Disney’s TRON (1982) – in a sequel, Legacy, opening Friday, that the 61-year-old Los Angeleno never expected to see.

“I heard rumors that there was going to be a sequel for maybe 20 years, and I kind of gave up on it,” says Bridges, whose quirky, laidback demeanor and stream-of-consciousness pronouncements recall a real-life version of The Dude, his signature character from 1998’s The Big Lebowski.

The biggest holdup, which Bridges says is often the case with a sequel that seems inevitable but stalls in the making, was finding a worthy script.

“It’s almost like a very expensive student film in a way, in that you have to, you know, figure out all the equations – 'how do we do it, and we have to do this, so c’mon.’ [Eventually] you figure it out and are on the happy base, and I can’t think of any unhappy base in this movie.”

This is what a small army of screenwriters came up with to reach this happy base: Roughly 20 years after the original, Kevin Flynn (Bridges) and his digital clone, stranded in a matrix-style virtual world, is sought by his son (Garrett Hedlund, of 2005’s Four Brothers) for a new round of gladiatorial games and an elaborately conceived grand escape.

One of the challenges facing Bridges and first-time feature director Joseph Kosinski would be not only producing a compelling story but giving Legacy enough visual flair to satisfy fans who have waited nearly 30 years for Flynn to resurface and been treated to dazzling spectacles like last year’s Avatar in the meantime.

Bridges seems amused recalling the making of TRON, which was considered groundbreaking at the time. “Looking back at that first one, you’d think it was such an advanced thing,” he says. “It was shot in 70-millimeter black and white, we had black paint and white tape. That was basically our set, and it was all hand-tinted by Korean ladies.”

Legacy, presumably, is a bit more sophisticated but Bridges prefers not to say how. “It’s kind of bizarre talking about this stuff. I’m [hesitant] because it’s like a magician showing how he’s going to do a trick. He shows you, [then] he says, ‘Now I’ll [do] the trick!’ You lose some of the excitement, so I don’t want to talk too much about all the techniques that went in, but it was a challenge.”