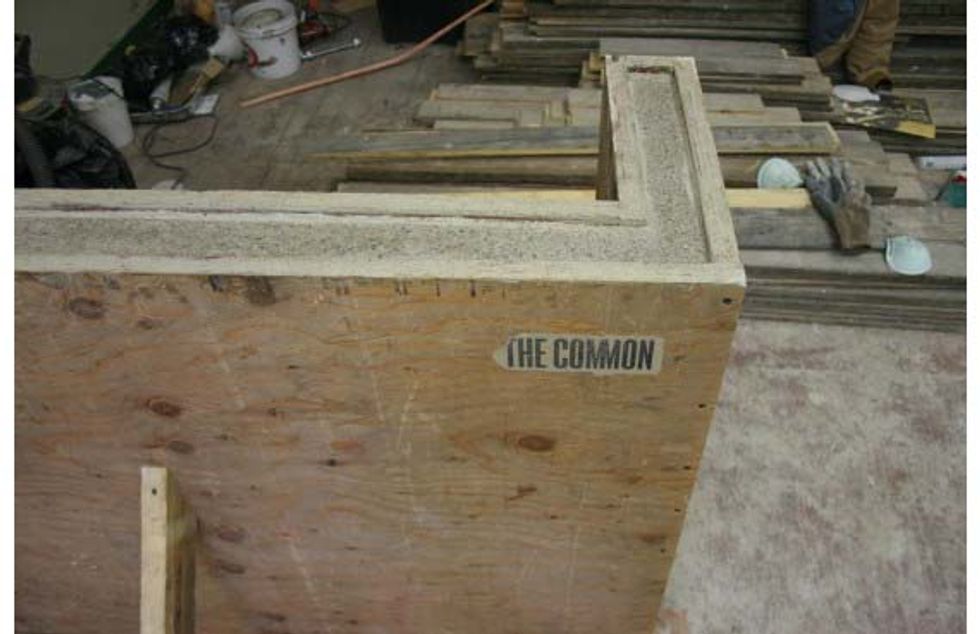 If you start to notice an influx of sharp-dressed men during your caffeine reconnaissance missions to Four Barrel, it will likely be the result (or fault, depending on your purview) of new neighbor The Common, which is leaving its SoMa outpost in favor of a new Mission location. When the doors to the new space open tomorrow, expect menswear with a small-batch, handcrafted approach – and free cocktails, if only during the opening event.

Moving from an unwieldy and sprawling SoMa space to a much cozier location with the promise of choice Valencia foot traffic won’t be the only new developments. The store will once again focus its attention on menswear, with Taylor Stitch being the dominant brand for now. Fifteen new styles from the local menswear label, whose owners are also co-founders of the Common, will be on offer in the store when it opens. Each month, the store will feature a designated rack curated by a different local label. First up: Paul’s Hat Works, who will offer both ready-made head-toppers and custom orders.

More custom collaborations are on the horizon, including one with Maine shoemaker Rancourt & Co. When it debuts later this spring, shoppers will be able to order shoes with the leather of their own choosing.

Unique, made-to-order apparel and accessories are pet concerns of the shop’s founders, who are also the boys behind the Durable Goods Concern. But for those who’d rather just grab-and-go, that’s fine, too.

“Some people like to [buy custom-made goods], and some people don’t. The goal is to have options for both,” says co-owner Mike Maher.

See how they’ve improved on the new space when you stop by during the re-opening event Thursday, March 10, at The Common, 383 Valencia St., www.thecommonsf.com.


***
Lorraine Sanders covers fashion for 7x7.com and is the founder of SF Indie Fashion. Reach her via email at lorraine (at) lorrainesanders (dot) com.