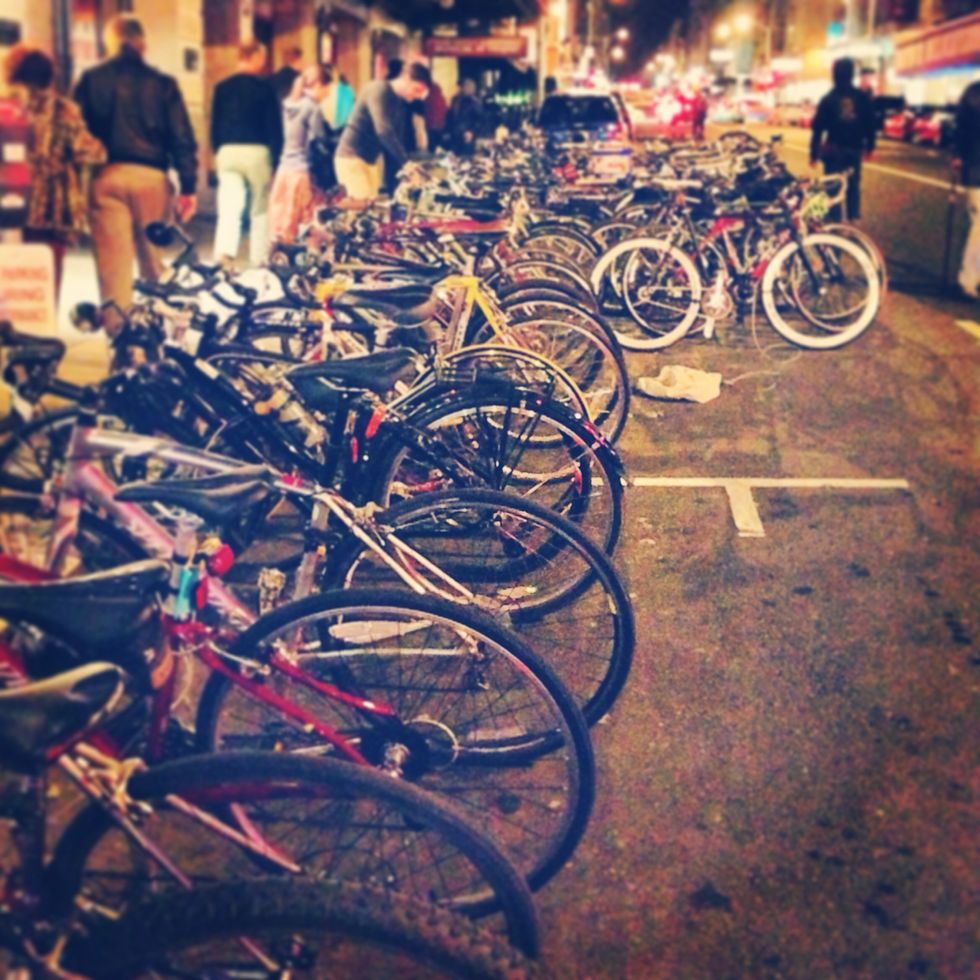 Bike to the Theater: ACT Theater and the SF Bicycle Coalition are back at it again for their second round of Bike to the Theater Nights. Last month, the two orgs launched the bike-y theater pairing, and it was hugely successful, with the theater and bike valet both overflowing. There are discount tickets for bike riders for the February 28 and March 7 shows, and bike valet at the event. Use discount code COMEDYSFBC for cheaper tickets.

Spinster Launch Party: This year, there have been a number of films featuring bikes and bike riders. And local filmmaker Kristin Tieche is adding to the collection with her upcoming film, The Spinster about a cycling vixen in search of true love. Spinster, get it?! Pedal on over to Huckleberry Bicycles and watch exclusive clips, meet the cast and join in on the cine-bike fun.

How to Fix Your Bike Classes: Tired of taking your bike into the shop for every little squeak, frayed cable, or loose spoke? The folks at the Bike Kitchen are running a three-week series on external maintenance. Classes run the next three Mondays. There's limited space, so sign up now. $45 for members, $85 for non-members.

Bike to the Bay Lights: It’s probably too late to score coveted tickets to a Bay Lights boat party or reservations at a restaurant on the water. But no worries—just ride your bike down to the Embarcadero and get a front-row seat to the action. The light show begins at 8 pm, but best to get there a little early so you and your bike can score ideal views.