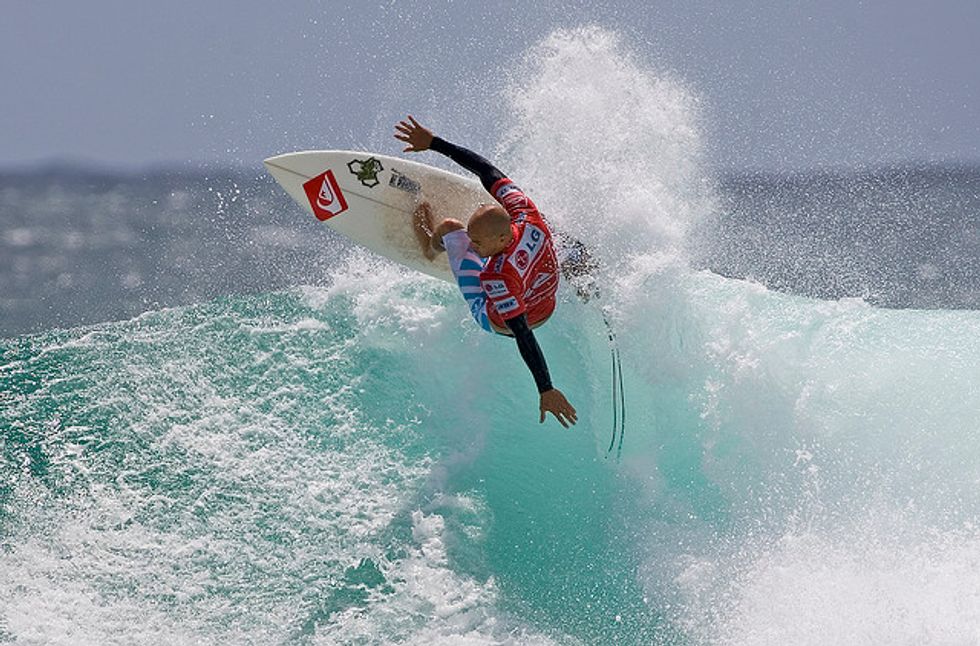 On Tuesday, November 1, the Rip Curl Pro Search, set “somewhere in San Francisco,” officially opens. It’s an event that has been anticipated by the local surf community for months and many of the world’s best surfers have been spotted at Ocean Beach in recent days, adjusting to the cold water and unique waves. After all the hype, it’s time for the big show. Let the surfing begin.

The contest window runs from November 1 through 12, but the competition itself will not be held every day. Each morning, contest officials will evaluate the wave and wind conditions to decide whether or not it looks good enough to compete. Surf contests typically need 3-5 days of rideable surf, and Mother Nature seems to be cooperating for the opening day, with good conditions predicted in the forecast for Tuesday.

To surfers and non-surfers alike, the contest will make for a cool spectacle. Ocean Beach has traditionally been a hidden surf scene, lurking in the shadow of one of the country’s best cities and it hasn’t hosted a professional surf contest in almost two decades. The cold water and unpredictable conditions—it can be 5 feet one day, and then 20 feet the next day—make for an interesting challenge, even for the world’s best.

Beyond the uniqueness of a San Francisco surf contest, there is potential for history to be made in the next two weeks. Kelly Slater, the world’s most famous surfer and 10-time world champion, only has to place 9th or better at Ocean Beach in order to once again be crowed champion. He has been dominant throughout competition this year, so a historic 11th world title seems like a distinct possibility.

In addition to watching Slater continue his quest for surfing dominance, another interesting element will be the paddling. Most surf contests feature jet skis that pick up the surfers and ferry them into the surf, but since Ocean Beach is a national park under the jurisdiction of the Golden Gate National Recreation Area, jet skis are not permitted. Don’t be surprised if you see more paddling than you do surfing.

If you’re thinking of heading to the beach to watch the contest, here are a few tips on how to best enjoy yourself: