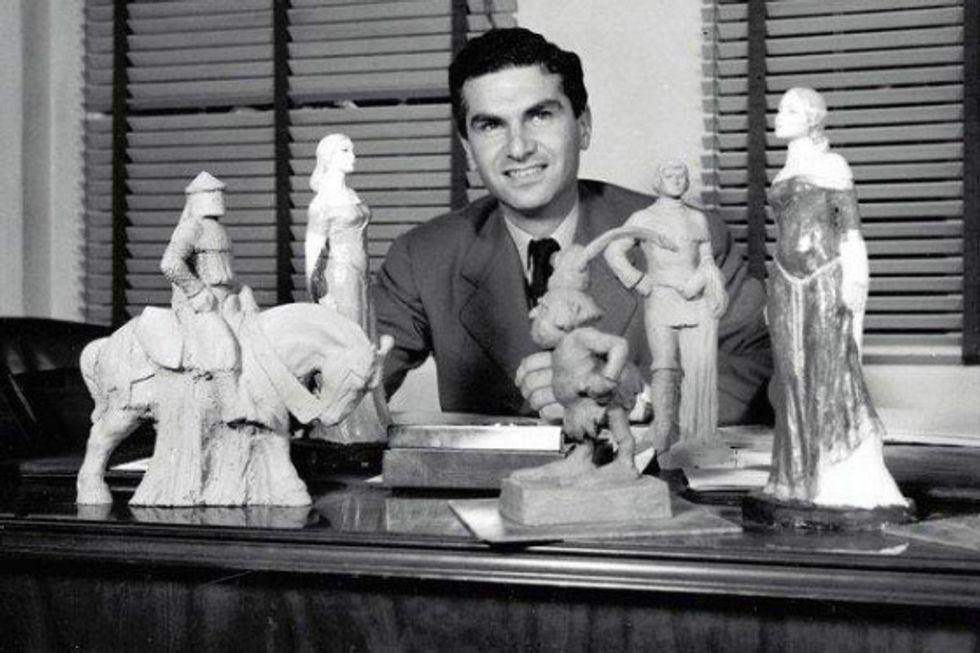 Get to Know the Animator Behind 'Bambi,' 'Beauty and the Beast,' + Howdy Doody at This Disney Museum Exhibit

Called "the Forrest Gump of the arts” by animated film producer Don Hahn (Beauty and the Beast, The Lion King), the late Mel Shaw designed ski resorts, restaurants, and a rubber ducky patented in 1950. He created oil paintings depicting California's history. But Shaw was most prolific in his 20-year career as an animator at Disney, where his doodles took life as some of the most iconic cartoon characters in history. Now, more than 100 of Shaw's works may be viewed in the Walt Disney Family Museum's new exhibit, “Mel Shaw: An Animator on Horseback.”

Curated by Hahn, who became close to Shaw during the making of the Oscar-winning film Beauty and the Beast—the two were among a group of animators who went to London and the Loire Valley to research for the movie—the exhibit presents an interesting collection of Shaw's various works, from the never-before-seen oil paintings that adorned his private home to sculptures, toys, and sketches that reveal the beginnings of his most famous characters, including Bambi (which he worked on in the early 1940s before enlisting in the U.S. Army), Dumbo, and Howdy Doody.

The Disney Museum collection marks the first time Shaw's work has been gathered for public showing (except for an early failed attempt to sell some of his own pieces at a country fair). And given the breadth of his experience—the man who got his start as a title card creator for silent films also worked with Orson Welles on a storyboard for a never-produced movie adaptation of The Little Prince—curating his pieces was no small task.

Hahn combed through thousands of items, from simple sketches to completed works, over the course of several months, all with the aim of delivering a perfectly encapsulated picture of Shaw. “We wanted to show the variety of this man’s life,” he says, pointing to a mix of pieces that will please Disney devotees and agnostics alike. (Though fans of animation will really love the drawings of characters from Fantasia and The Lion King to underappreciated flicks like The Black Cauldron.)

It is said that Mel Shaw first encountered Walt Disney himself thanks to a shared love of horses and polo. “Mel Shaw: An Animator on Horseback" was a special collaboration between Hahn and Disney’s own son-in-law, Ron Miller, former President and CEO of Walt Disney Company.

Michael Labrie, Director of Collections and Exhibitions at the Walt Disney Family Museum, also assisted by creating a seamless presentation of the 120 works selected by Hahn. “Putting the show on the walls in a really brilliant way is something the museum does the best—it is really a credit to the museum staff,” says Hahn.

PS: Hahn is currently producing a live action Beauty and the Beast, which is set to hit theatres in March 2017. “So Mel’s work kind of echoes on,” he says.