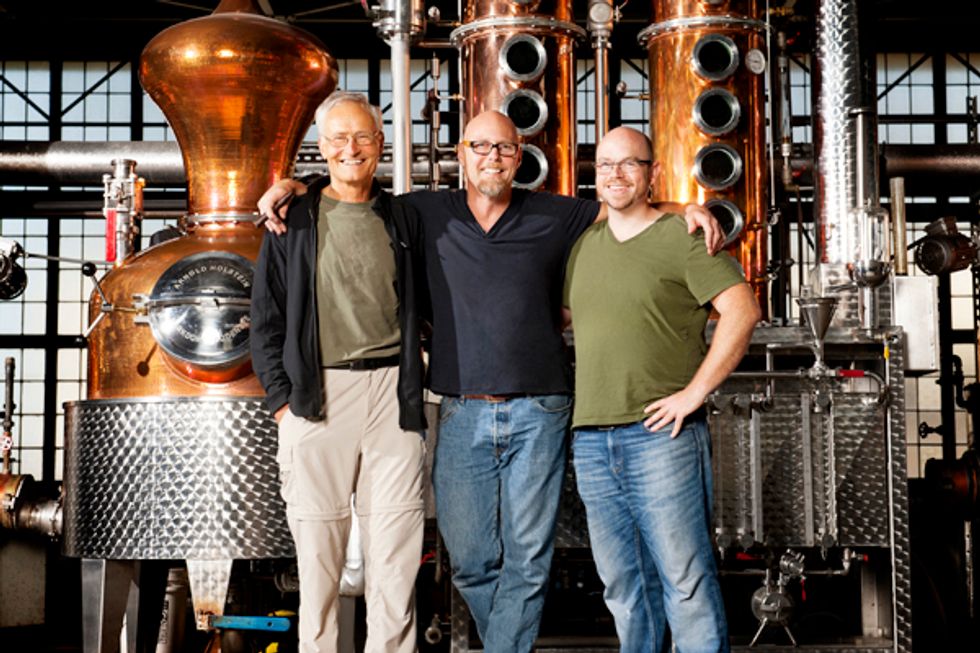 Craft distilling is now one of the hottest trends in the world of drink, with new distilleries specializing in every type of spirit regularly launching across the country. But 30 years ago, when German native Jörg Rupf founded Alameda-based St. George Spirits, today's cocktail culture and appreciation of spirits were just a distant dream, and the small spirits community that did exist was more focused on foreign creations than domestic ones. St. George has played a large part in this transformation, and today, drinkers can join Rupf, alongside current distillers Lance Winters and Dave Smith, at a Commonwealth Club event that celebrates the distillery's history, innovation, and trendsetting approach to handcrafted booze.

Though Rupf started his business by specializing in eaux de vie that captured the essence of Northern California fruit, he quickly expanded into vodka, using the same techniques from his eaux de vie to capture unique fruit flavors like buddha's hand, mandarin orange, and raspberry. Today, St. George's Hangar One brand is one of the leading independent vodka producers, and the success of Hangar One has allowed Winters and Smith to expand St. George's portfolio into nearly every major spirit category, with offerings like absinthe, American single-malt whiskey, rum, coffee and tea liqueurs, bourbon, tequila, and unique gins (including Terroir gin, made with NorCal ingredients, and dry rye gin). St. George also continues to produce a wide range of eaux de vie and fruit liqueurs, the styles that gave the company its start, under the Aqua Perfecta brand name.

The Commonwealth Club event features a panel discussion with Rupf, Winters, and Smith, as well as moderator and Oliveto owner Bob Smith. After the talk, drinkers will get a full tour of the facilities, followed by plenty of specialty cocktails and hors d'oeuvres, including three drinks inspired by each decade of the distillery's operation. They'll also be offering a sneak preview and tasting of their upcoming 30th-anniversary whiskey, which is limited to only 715 bottles nationwide. Tickets are $75 for the general public and $60 for Commonwealth Club members, and include the discussion and all food and drink. You'll also want to plan on a designated driver or book passage home on the Alameda ferry; the distillery's website has more info on how to get there.