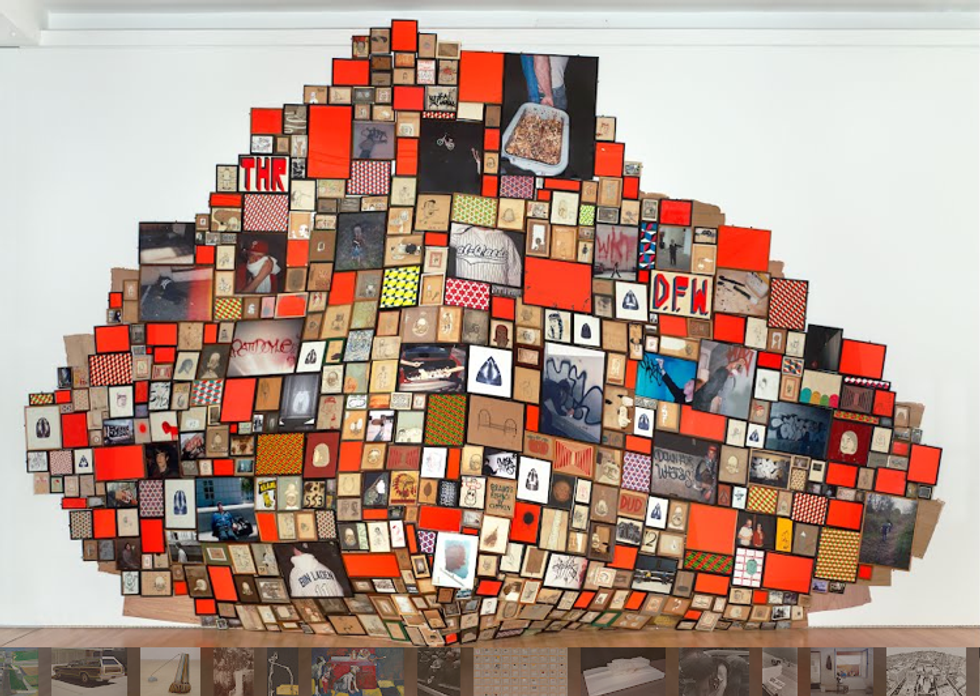 In just over a year, Google Art Project—an online program that makes art in all its forms accessible to art lovers worldwide—has amassed 151 partners across 40 countries. Check out the Mark Bradford show at SFMOMA and YBCA and then go online to see what pieces NYC's MOMA has. Or explore the Santiniketan Triptych in Delhi's National Gallery of Modern Art after walking the halls of SF's Asian Art Museum's "Maharaja" exhibit.

Earlier this week, the tech giant unveiled an enhanced platform that will include more hi-res images, improved virtual gallery tours, and a "create your own collection" feature. Google+ and video hangouts have also been incorporated into the site.  And not surprisingly, our city's museums are on board.

SFMOMA, known for being an early adopter of technology, made an initial contribution to Google's Art Project that included 26 works by artists who have had particular impact on art making in the Bay Area—from Dorothea Lange and Eadweard Muybridge to Barry McGee and Miranda July. In the coming months, SFMOMA will expand its offerings of art, video footage, and biographies to include works by a broader group of national and international artists. "For us, Google's Art Project is less about unmooring objects in our collection from their onsite context, and more about creating an opportunity for online audiences to delve into museums' collective knowledge, share their own virtual collections, and participate in an international conversation about art," says Chad Coerver, Chief Content Officer at SFMOMA.

Not one to miss a beat, the de Young also signed on to the project and will be contributing 31 works from its permanent collection of American paintings, including key pieces like Frederic Edwin Church’s Rainy Season in the Tropics, John Singer Sargent’s Le verre de porto (The Dinner Table at Night), and Albert Bierstadt’s California Spring.

Check out these YouTube videos introducing the Google Art Project, play around on the Art Project site, and then become a collector without spending a dime.