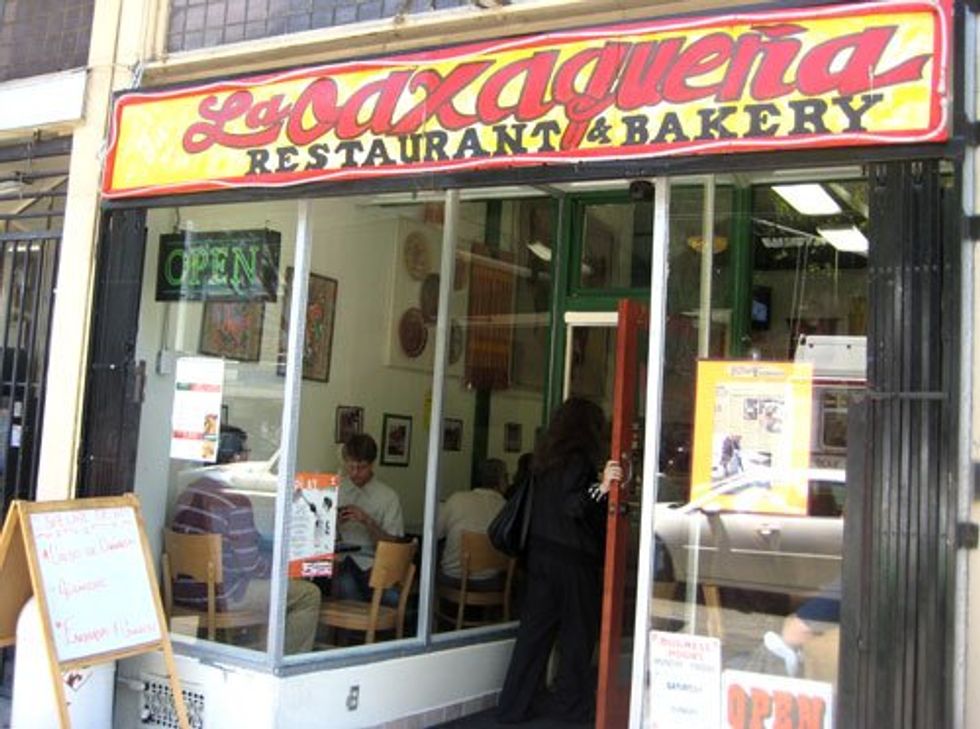 Sometimes you want to venture outside the usual plate of carne asada tacos. To satisfy those urges to the extreme, drop by La Oaxaqueña, a legit bakery and restaurant that serves Southern Mexican delights like grasshopper tacos and fried tarantula tortas.

Owner Albino Carreno says the crunchy grasshoppers are rife with protein and vitamins. The tarantulas, which they're currently out of but will have again in March, are fried whole and sandwiched between fresh-baked bread. Their taste and texture? Akin to that of a softshell crab.

La Oaxaqueña's open until the wee hours, so stop by for some insects after a night out. If anthropods are too far-fetched for you, opt for one of their giant banana leaf tamales and hot chocolate. Check out this piece by NBC Bay Area for a look at the grasshopper taco phenomenon: