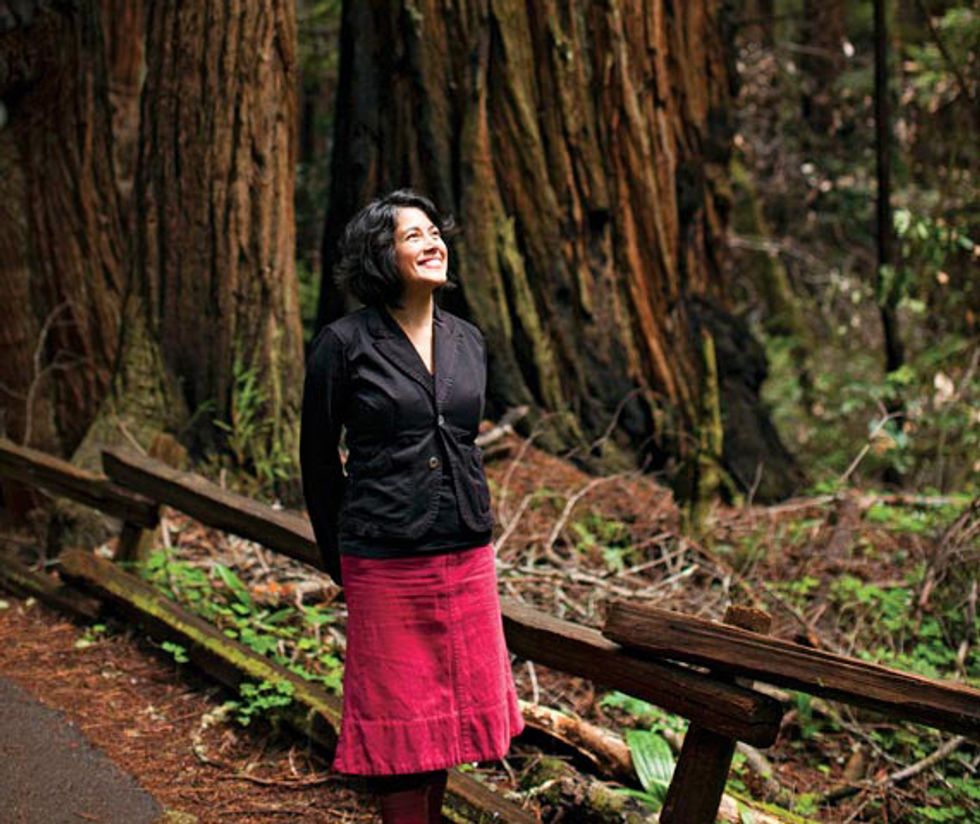 Like an unknown couple’s initials carved into a picnic table or a letter in a bottle that’s washed up on shore, there are messages to be found in every destination and hidden corner around the world. Now, Flickr cofounder Caterina Fake aims to capture and share them globally on Pinwheel, her new Hayes Valley startup.

In February, Fake launched the beta website with an invitation to users to annotate the world map with their own personal notes, from declarations of love (“my first kiss”) to such insider travel tips as restaurant recommendations and photos of off-the-radar beaches to quirkier comments—one user logged the kidnapping and subsequent return of a squirrel monkey at the SF Zoo. You can also organize your notes into digital travelogues to share with friends—or anyone who happens to stumble across the site.

Fake says these personal spins on destinations make them come to life and is focusing with her team of seven on building an international community of users. And with tens of thousands of notes already, an iPhone app in the works, and $9.5 million in investments, the tech entrepreneur appears to be onto something.

A world traveller in her own right who counts stamps to Paraguay and Syria on her passport, Fake is collecting ideas via Pinwheel for a world tour with her 4-year-old daughter when she gets a little older. “There are many places to go,” says Fake. “I want to travel through Africa, India, and China—and leave notes along the way.”