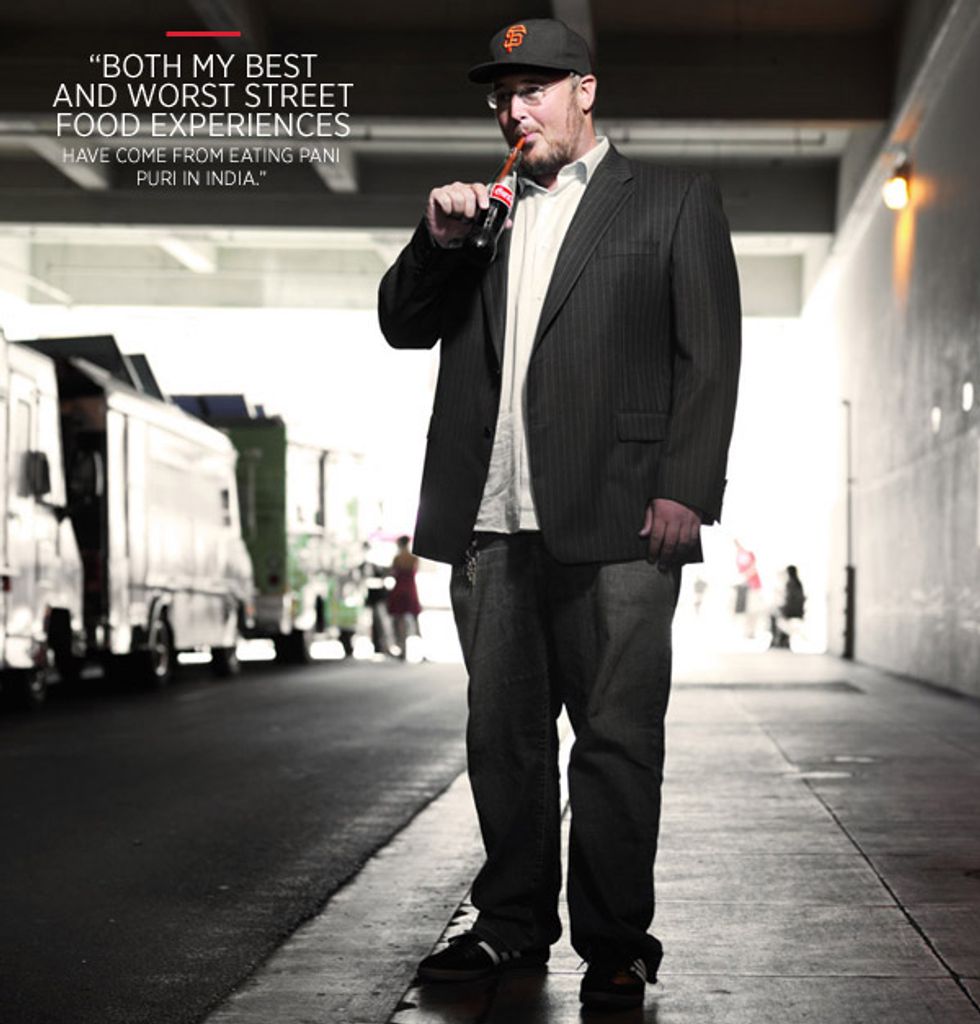 By
Laura Rubio
The To-Go Man
Matt Cohen, 32
Off the Grid owner and operator

After teaching English abroad in Japan for three years and watching street vendors serve noodles, Matt Cohen came back to the States with the skills to cook a mean ramen. “These guys would drive around in janky, Scion xB-sized cars that have fire pits in the back where they roast potatoes,” says the founder of Off the Grid mobile food truck markets. “They drive all over small towns with this horn that blares out calls like ‘yakiimo!’ That’s where I got the idea of doing something mobile.” Since its launch in 2010, Cohen’s street food feast has spread to 11 different locations around SF with more than 70 businesses serving things like Indian burritos and, of course, noodles. Some may see the food truck phenomena as a phase, but Cohen thinks it’s just the tip of the culinary iceberg. “Down the line, we might see boutique pop-ups, or pop-up art galleries, or mobile vintage clothing experiences,” says Cohen, who spends time at home in Pac Heights perfecting Zuni Cafe’s baked chicken when he’s not abroad diving into street markets. “Both my best and worst street food experiences have come from eating pani puri in India,” says Cohen. “But there’s nothing quite like eating Indian food on the street in India.” Which is perhaps why Cohen, who regularly travels back to Japan, admits he left his culinary heart abroad: “Maybe one day I’ll get to open my own ramen shop.”