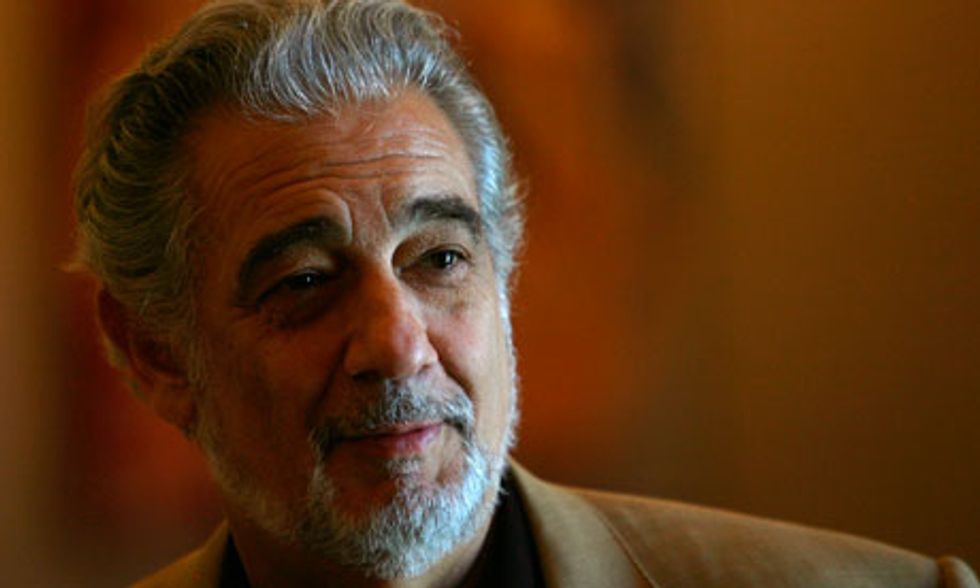 One of the world’s best male choruses, Chanticleer hits up its native San Francisco with bell-like harmonies and songs of desire, pain, and euphoria - basically, the sound of every emotion to ever trail hopefully after love.

Bonus: one their tracks graces the new Brad Pitt/Sean Penn movie, The Tree of Life. So if you want to hear this Grammy award-winning orchestra of voices live, check it out. (Amazing sound, no Brad Pitt - you'll have to weigh your priorities.)

Hailed as a pianist sporting “a super human keyboard technique with artistic eloquence that is second to none” by the San Francisco Chronicle, 22-year-old Yuja Wang is a classical phenom. She’ll play Bartok’s Second Piano Concerto with the San Francisco Symphony this month. Conducted by Michael Tilson Thomas, the program also includes Romanian folk dances and the third act of Tchaikovsky’s Swan Lake.

If you’ve ever wanted to see Placido Domingo in action, but don’t have hundreds of bucks to drop on an opera ticket, check him out on the big screen instead. Playing the doomed court jester in a live performance of Rigoletto filmed on the streets of Mantua, Italy, Domingo brings serious opera star power to this ambitious film version. Verdi’s tale of love, greed, seduction, and murder will be every bit as gripping in the movies as on the stage.