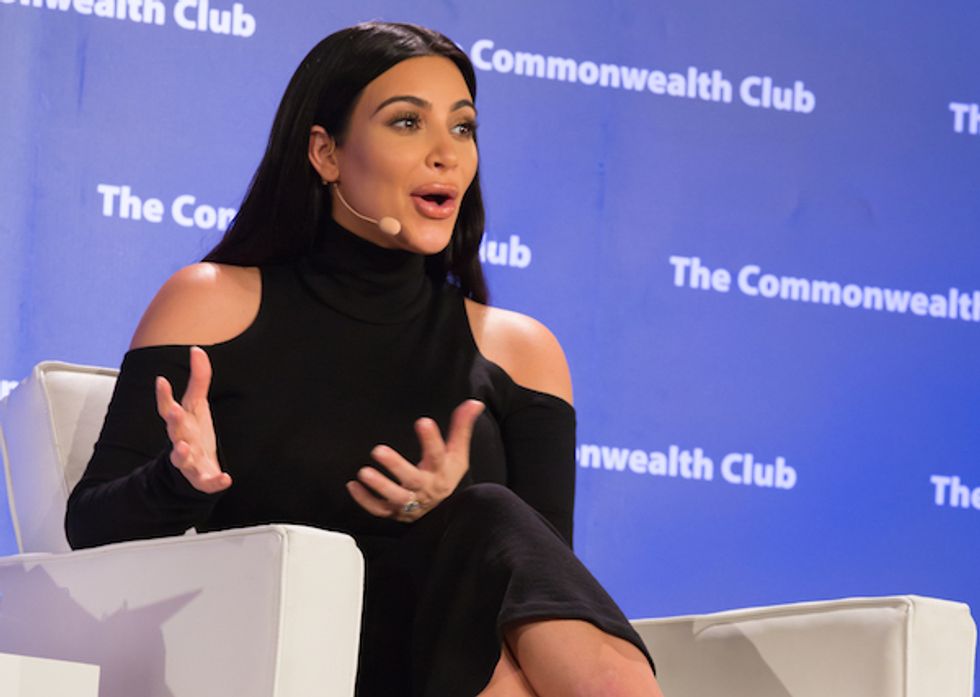 It was the first and only time this will ever happen in the history of the universe: Kim Kardashian stole Hillary Clinton’s look.

And not only that, but Hillary wore it better!

Appearing at the Castro Theatre in San Francisco to talk about her new book, the pregnant reality star wore a long black dress by Balmain’s Olivier Rousteing that’s almost identical to the famous “cold shoulder” dress by Donna Karan that Clinton wore in 1993.

“I love the way it feels. And when you feel good, you look good,” the First Lady said at the time.

She wore the dress to the first formal State Dinner at the White House on January 31, 1993, just two weeks after her husband took office. It was an optimistic time… but it would be the last time for Hillary Clinton to look quite so slinky and sexy. Pantsuits were her future.

In 1993, Kim Kardashian was 11 years old, and Olivier Rousteing only six — their moment under fashion’s spotlight was a long way coming. But in 1993, Donna Karan was at her peak as a designer. The “cold shoulder” dress was to become one of her signature pieces, and is still sold today. It was actually Liza Minnelli who first made it famous, when she wore it on stage at the 1992 Oscars.

Sadly, the day after Kim Kardashian wore the dress (looking considerably less slinky and stylish than Hillary did) Donna Karan announced she was stepping down from the company she founded 30 years ago.

A successor hasn’t been named. Perhaps some French flair from young Rousteing can extend the Donna Karan legacy into the future? In the meantime, we’ll be looking forward to Karan’s memoir, “My Journey,” which comes out in October 2015, with a foreword by Barbra Streisand!