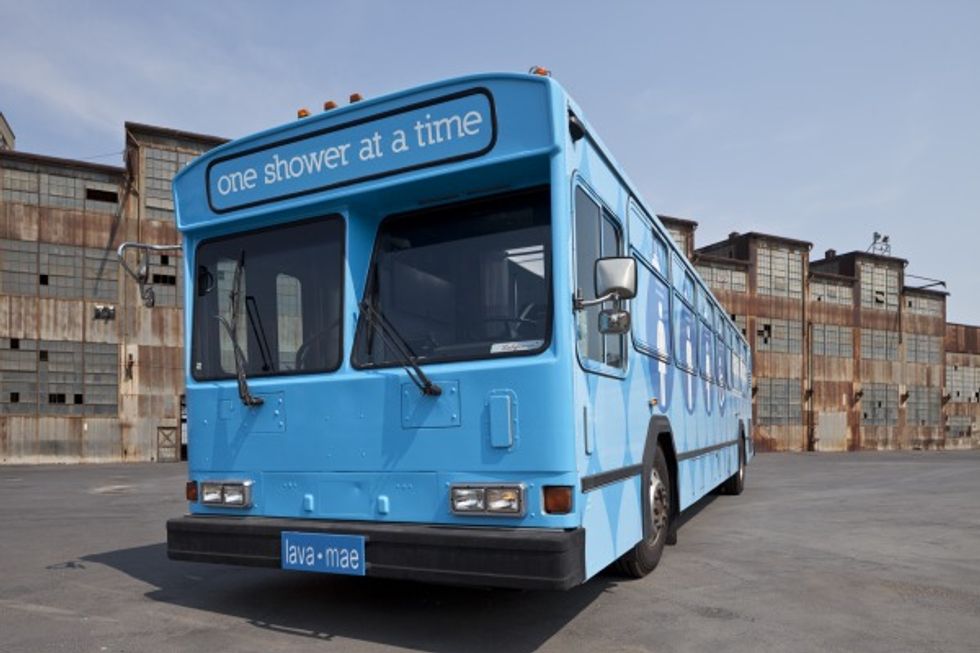 Lava Mae, whose name derives from the Spanish phrase "wash me," has been making waves across the Bay Area since last June, when it rolled out its first MUNI bus turned bathroom on wheels to provide showers and toilets to the thousands of San Franciscans living on our streets. On Saturday, April 4th, celebrate under a canopy of twinkling umbrellas on Treasure Island for the organization's inaugural fundraiser, Showered with Love: the Un-Gala, an unforgettable night that blends innovation with philanthropy—and do your part to support Lava Mae's three primary beliefs:

Everyone has the right to be clean; access to water and sanitation is a basic human right; and with hygiene comes dignity, and with dignity, opportunity. By delivering much-needed amenities to a homeless population struggling to retain a sense of dignity and self-worth, Lava Mae seeds hope and removes obstacles to opportunities such as the pursuit of employment, housing, health, and wellbeing.

Since the launch of their pilot nearly one year ago, Lava Mae has provided more than 2,000 showers to 975 people on a limited schedule. With help from donors, the group hopes to radically scale their services in 2015.

Get tickets here for Showered with Love: the Un-Gala. Saturday, April 4: 8 - 11pm, 7pm VIP reception. Pavilion by the Bay on Treasure Island, 291 Ave of the Palms, San Francisco.