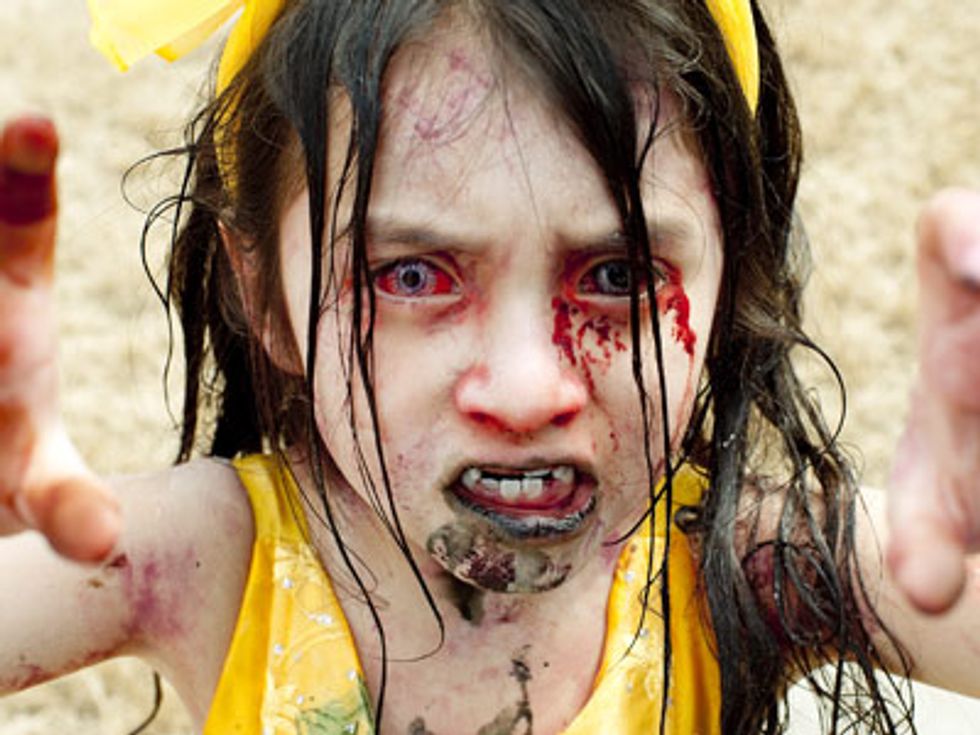 Let’s face it, we live in a dangerous city. We have to contend with earthquakes, possible tsunamis, and those freaky liquifaction zones. Through the NERT program, the San Francisco Fire Department is doing a great job training us on what to do when disaster strikes. But there’s one thing they haven’t prepared us for: Zombies.

Fear not, citizens of San Francisco, help is on the way. This Thursday, you can learn disaster survival skills (like building an emergency kit and finding safe drinking water), but you’ll also learn how to stab the undead through the heart. Did I mention it’s a game, with prizes, and there’s a party afterwards?

Part zombie smackdown, part disaster prep, and part puzzle solving, Zombie Survival is only the latest event from Go Game, a SF-based company behind some of the city’s biggest flash mobs and team adventure games. “This game has been a personal pipe dream for a long long time,” says organizer Jenny Gottstein. “The idea is to empower communities to take control of their safety…through play!”

Like all of Go Game’s adventures, Zombie Survival Challenge is a team event. You can sign up alone and they’ll match you up with a team, or you can come as an existing group of four or five (costume’s are encouraged). One team member needs an iPhone 4 to receive your team’s missions.

As a participant in Zombie Survival, you won’t just be saving yourself, slaying zombies, and partying with your team, you’ll also be helping homeless kids (the event is a benefit for Project Night Night). If you’re lucky/skilled enough to be on the winning team, you will walk away with a professional emergency kit—and the satisfaction of knowing that when the undead take over our city, you’ll be prepared.