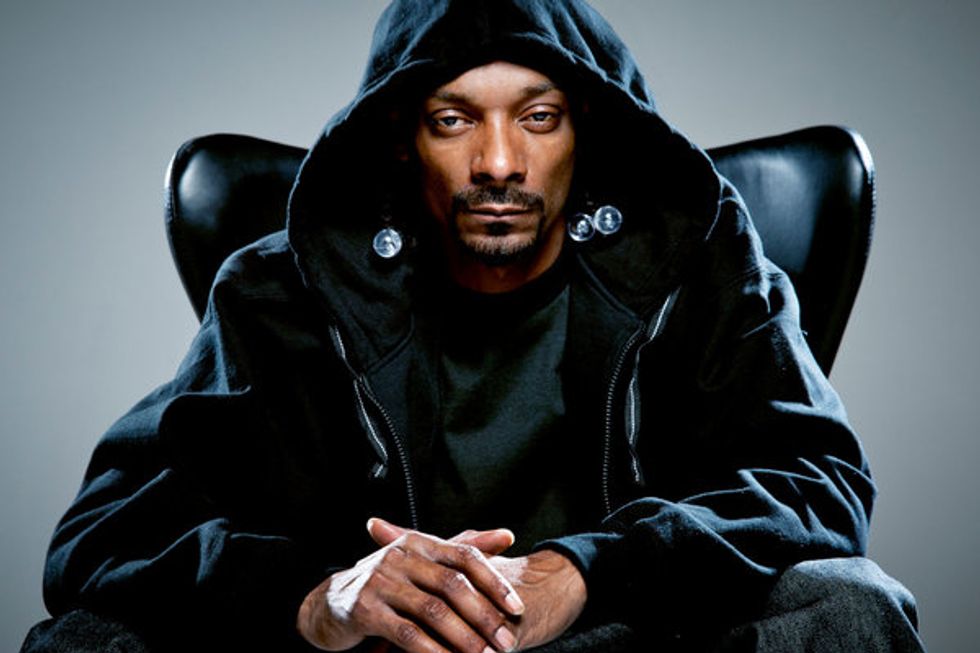 San Francisco should really host the Super Bowl more often. We're mostly kidding, but music fanatics are starting to realize the upside of having the Big Game in our backyard. The NFL's marquee event has brought some of the industry's biggest stars to the Bay Area.

It's no surprise Snoop’s hanging around the Bay Area this week. He’s such a huge NFL fan that he supports not one, not two, but three teams. Hardcore Snoop fans are familiar with his Raiders fandom from his youthful L.A. days, but Snoop also reps the Steelers and Cowboys. Hang in there, Snoop. // $60, February 2: 1300 S. Van Ness Ave. (Nob Hill); Get tickets here.

You know those epic NFL Films soundtracks from the glory days of the gridiron? They’re pretty cool, but they’re also old and in need of an update. Whenever NFL Films starts taking auditions for a next-generation version, we recommend Godspeed You! Black Emperor and their sprawling instrumental compositions to be on the short list. // $30, February 3: 1807 Telegraph Ave (Oakland); Get tickets here.

Wednesday: Baio at the Independent

Vampire Weekend bassist Chris Baio’s much-anticipated solo project deserves all the press its been getting. A football-related fun fact: Baio is related to famed actor Scott Baio (a.k.a. Chachi), who also played a high school football player in the 1986 television drama The Truth About Alex. // February 3: 628 Divisadero Street (Alamo Square); Get tickets here.

This official Super Bowl concert is a natural evolution for Matthews, who has already supplied ESPN with an entire season of music for its 2009 college football coverage. Matthews licensed 10 songs to the network that year, earning them the odd label of “official band of ESPN’s college football coverage.” Something to tell the grandkids about. // $75, February 4: Pier 70 (Dogpatch); Get tickets here.

When he was 16, Pharrell Williams played snare drum in his high school’s marching band during football games. Predictably, they were legit: “We used to win awards because we were so tight,” he told the Guardian. There’s not enough imagination in the world to picture that sight. // $75, February 5: Pier 70 (Dogpatch); Get tickets here.

Friday: Seal at the Fox Theater