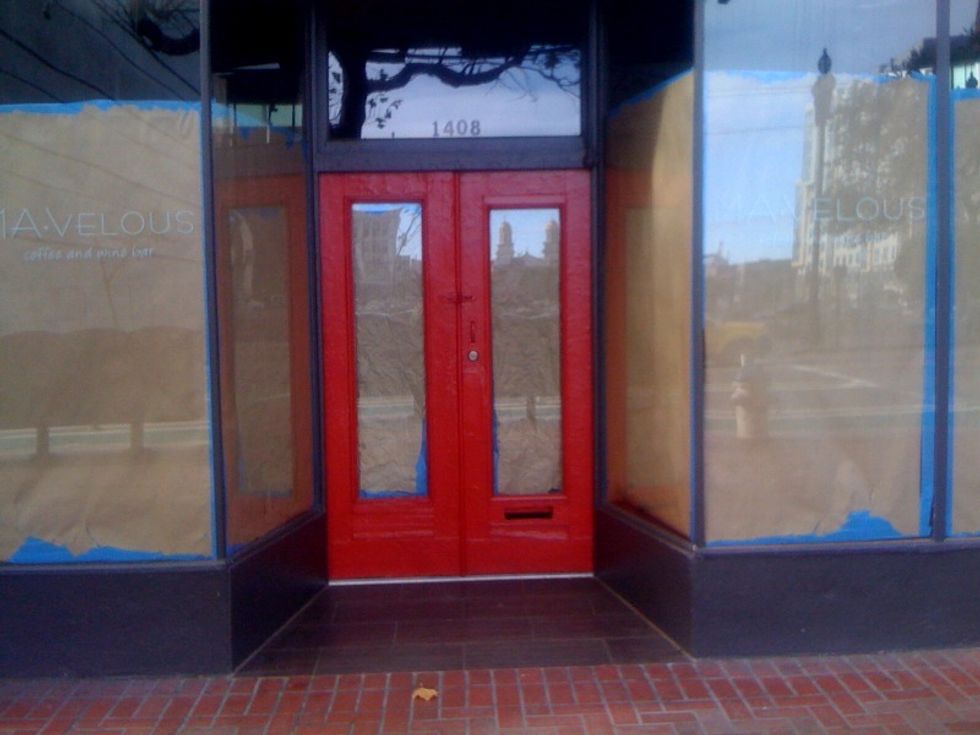 I had hoped to have a report on Contraband or Ma*Velous today, but neither was open to the public when we stopped by earlier this week. (According to Ma*Velous publicist Claudia Juestel, its a permitting matter. It's always a permitting matter. Every new cafe struggles with permitting, and it always takes longer than expected.) In the interim, I thought I'd look at some interesting coffee news from around the Bay this week including, yes, Blue Bottle and Dolores Park.

Uptown Almanac, via a Sunshine Ordinance request, dug up some major dirt on that notorious Rec & Park request for proposal that Blue Bottle ultimately won (and then backed out of) for the Dolores Park location. Far from focusing on the local food scene, Uptown Almanac reports that it also went out to Auntie Annes Pretzels, Ben & Jerry’s, Burger King, Double Rainbow, Fuddruckers, Ghirardelli, Haagen Dazs, Jamba Juice, Nestle Café, Orange Julius, Peet's Coffee & Tea, Pizza Hut, Subway, TCBY, The Cheescake Factory, Walt Disney, Wendy’s, and World Wrapps. And you thought there was a stink over Blue Bottle. Imagine what would have happened had Burger King won. Orange Julius, anyone?

Four Barrel has a couple of new coffees worth checking out, a Colombia Andino and a Sulawasi Toraja Sapan. Both of these come from Four Barrel-owner Jeremy Tooker's travels to the countries of origin. There's an interesting blog post on both, but one of the things I love about living in a town with roasters who have relationships with growers is that you can learn a lot about these coffees directly from the roaster itself. You may take it for granted, but it's something you wouldn't get in many parts of the country where good coffees may be available (or even ordered from San Francisco's own GoCoffeeCo) but the education behind them is not. One of the great things about going to a  cupping at Four Barrel or Ritual is that you get an education on the coffee's back story, often directly from the buyer and/or roaster. It's worth taking advantage of.

Our neighbor to the South, Barefoot Coffee, at long last opened a roll-up bar at its downtown San Jose Coffee Works and has been doing really interesting things there. It sports a Hario V60 hand-pour setup, as well as a Victoria Arduino hand-pulled lever espresso machine. They've been serving a guest-roasted espresso from Portland's Public Domain, as well as their own seasonal coffees. It should be worth the drive. Or train trip. Let us know if you go.