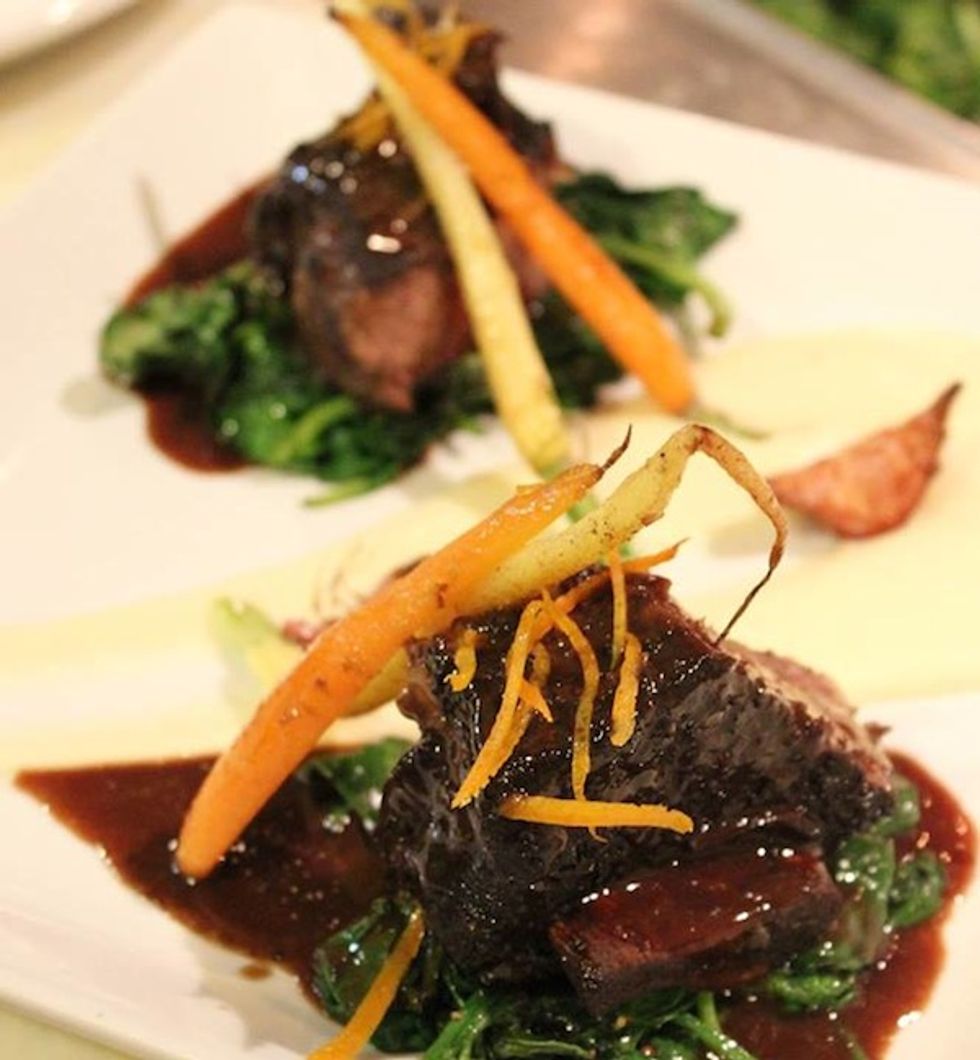 Do the shuffle: Management and chef changes in Marin translate into new experiences for customers. Sometimes that means what’s old is new, as well as the chance for one noted chef to return and cook in his hometown. The views are good in Novato at Hilltop 1892, which has been a hot spot since way back when. In San Rafael, the dining and sipping scene at one restaurant has gotten an overhaul, with the draw of many wines by the glass, short ribs, flatbread, and upside down apple cake giving us something to toast.

Coming Home: A property in Novato has a long history of hospitality going all the way back to 1892. Now it is the site of an estate slash restaurant called Hilltop 1892, serving “California country” dishes, with a spectacular setting, and options for happy hour and brunch. The menu includes: house smoked baby back ribs; brown sugar and mustard brined pork porterhouse with grilled Treviso and Rancho Gordo gigante beans; cedar plank Loch Duart salmon with Hon Shimeji mushrooms, pea shoots & spicy curry squash; vadouvan braised lamb shoulder ragout with cumin Beluga lentils and jalapeno gremolata—there is also a meaty rib eye with Hilltop whiskey steak sauce that sounds divine. Hilltop 1892 was also the site of a return home late last year for chef Todd Davies, who was brought on by new owner Erick Hendricks and has cooked locally at the Corks Restaurant, for the Russian River Vineyards, as well as stints with Jeremiah Tower, the popular Flying Saucer and the Lark Creek Inn in Larkspur. On the east coast, Davies worked in The River Café’s kitchen with David Burke and Charlie Palmer, and is a Culinary Institute of America grad. Davies told 7x7 he is updating the menu to be approachable, casual, and affordable, and that he’s looking forward to meeting new guests and hopes to see a lot of old friends. 850 Lamont Ave., Novato. (415) 893-1892.

I’m Going Through Changes: There are also new owners and new management with a decidedly refreshed menu at Vin Antico in San Rafael, where guests can now find farm to table tapas and local wines, cheers to that. The revamp took place throughout last year, and for a killer seat, nab a window table for views of the pedestrian scene outside while still taking in the open kitchen (the farmers’ market down the street is always a draw). Consider saying hello to Naomi Finerman, who heads up the team as General Manager. Her staff may score points by introducing a wine list that now broaches international glasses with a nice mix of California goodies to keep things fun and interesting. Braised short ribs, flatbread (sausage or bean escabeche), rabbit served two ways, roasted chicken, brown rice risotto and the burger with tomato ketchup jam are worth mentioning in the eats category and the kitchen is using local and organic foodstuffs in keeping with local mores. The chance of scoring a bite of apple upside down cake with bourbon sauce and freshly whipped cream is a good way to end things on a definite sweet note.