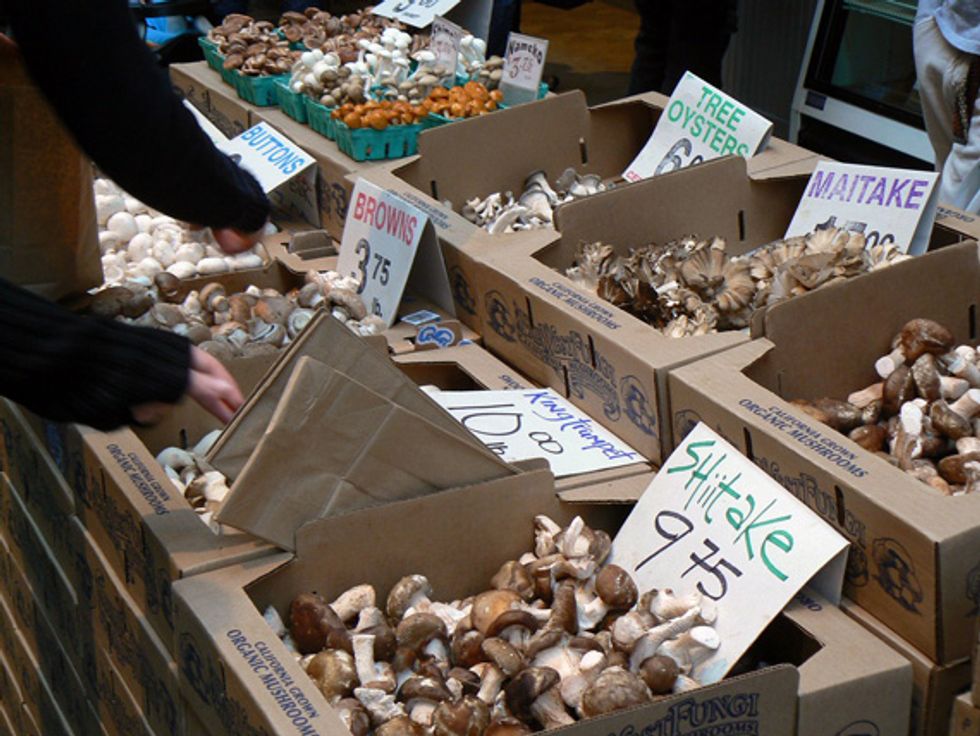 At the Ferry Plaza Farmers Market, mushrooms can be found year round at Far West Fungi’s booth. Many of the best varieties are abundant or only available in the cool wet winter months. To showcase mushrooms at their peak chef James Stolich of Cook with James stopped by the CUESA kitchen recently to sample his recipe for Pasta con Fungi Misti.

Stolich started Cook with James about 10 years ago as an underground supper club for friends. It has since evolved into a series of private dinners and cooking classes held throughout the year. His private dinners are themed around seasonal ingredients and regional techniques, and his hands-on classes focus on teaching folks how to shop the local markets for ingredients and cook in their own kitchen with an Italian and Spanish sensibility.

As an undergraduate studying abroad in Madrid, James befriended Lola Dublang Reparaz, a Spanish cook who taught him some of her favorite recipes and has greatly influenced his love of cooking for the past 17 years. It was Lola who first showed him how to use the local farmers market for inspiration when planning a meal. Stolich uses many of the techniques Lola originally taught him in his cooking today and has continued to use the market as inspiration for his recipes, classes and private dinners. He recently returned to Spain to produce a series of videos in which he shops the Madrid markets and prepares some traditional recipes alongside Lola in her home kitchen—all available on his website.

The mushroom-centric pasta recipe Stolich made for us can be made year round with cremini and shiitake mushrooms which are always available at the farmers market. In the winter months Stolich recommends using more seasonal varieties like chanterelles or fresh porcinis. “I love chanterelles “, he said, “and the little porcinis at Far West—they’re beautiful. I also like to oven-roast them or, when they are little bit older, sauté them with butter and add them to a risotto.”

For more ideas about what do with mushrooms visit the CUESA website and check out Stolich’s simple and satisfying recipe for Pasta con Fungi Misti.