With nearly a million visitors expected to make their way toward Oregon to watch the total solar eclipse on August 21, at sites just an hour from Portland, we figured now was as good time as any to check up on "the new San Francisco."

Update? That upwardly hipster capital is still the place to visit in the Pacific Northwest for an easy weekend getaway revolving around four things: draft beer (on tap literally everywhere), good coffee, brunch, and tax-free shopping. 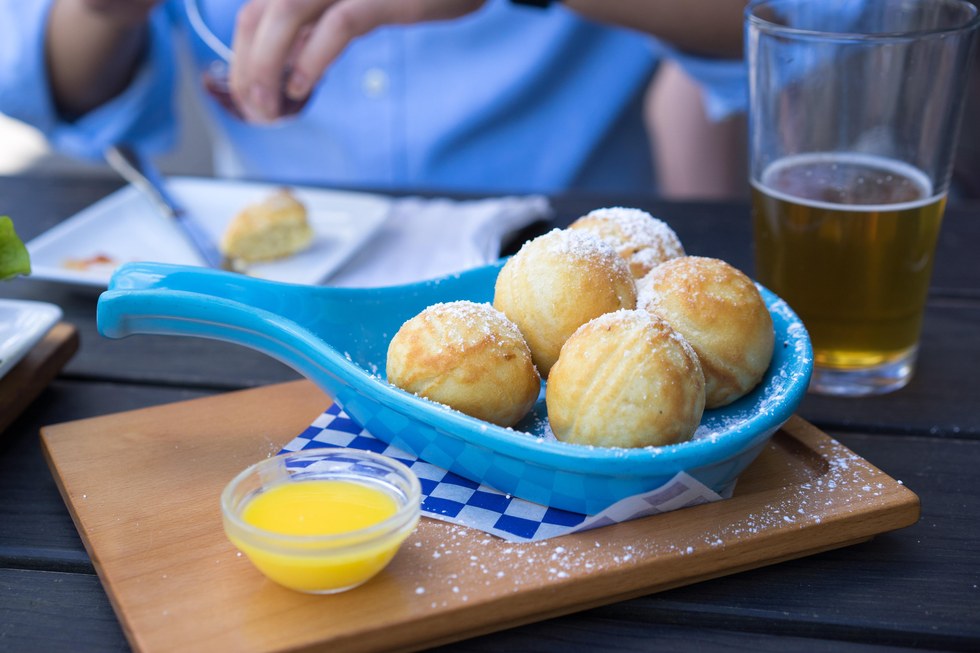 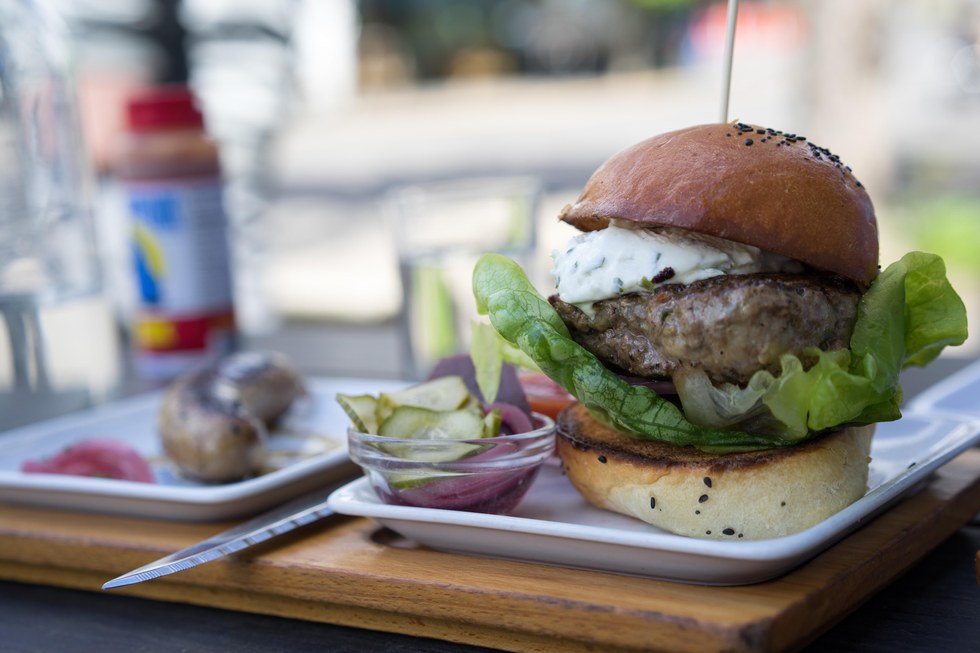 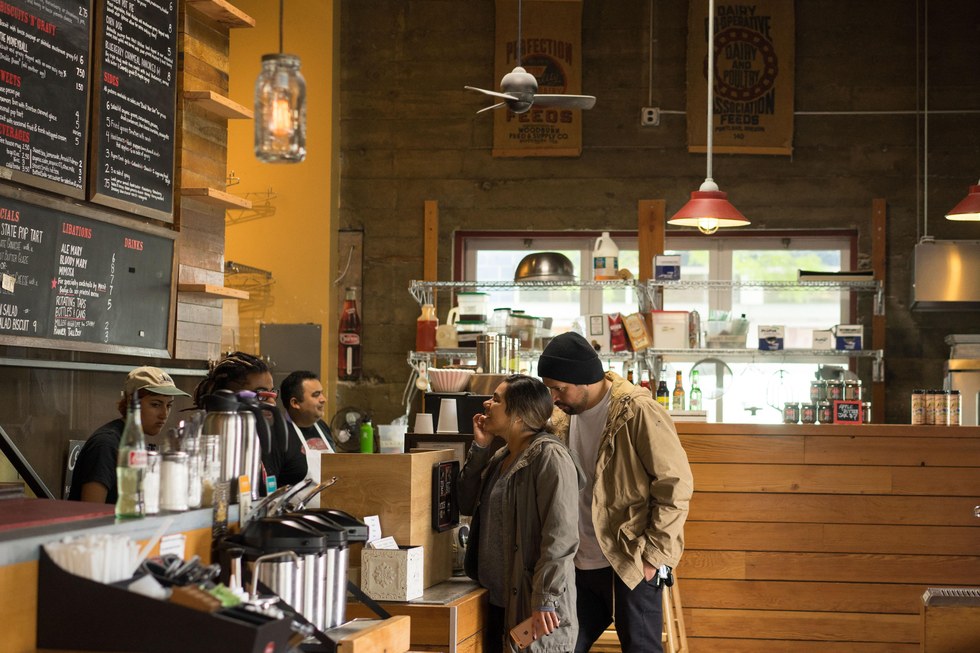 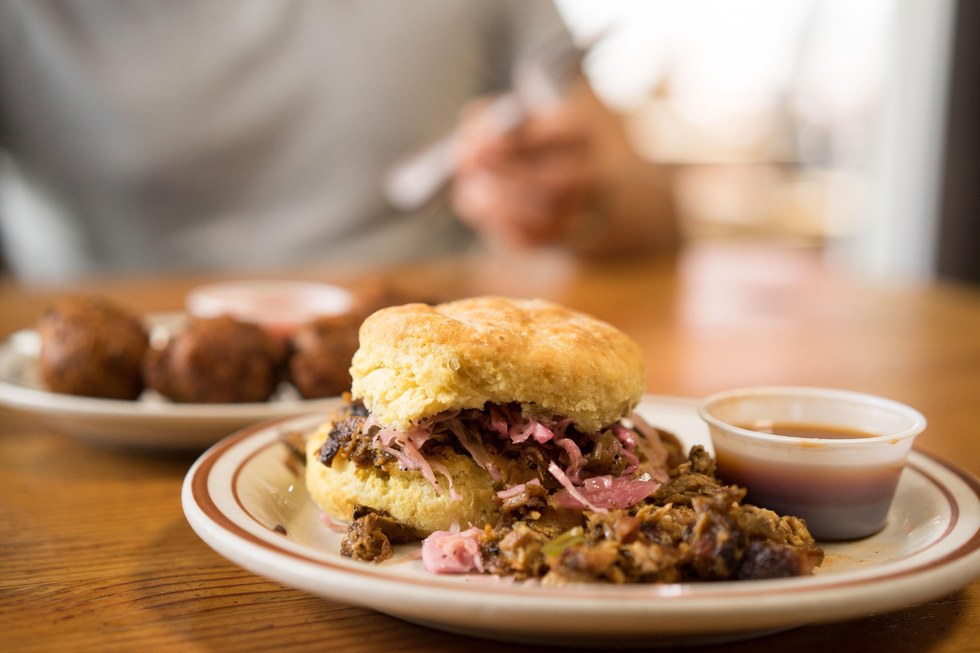 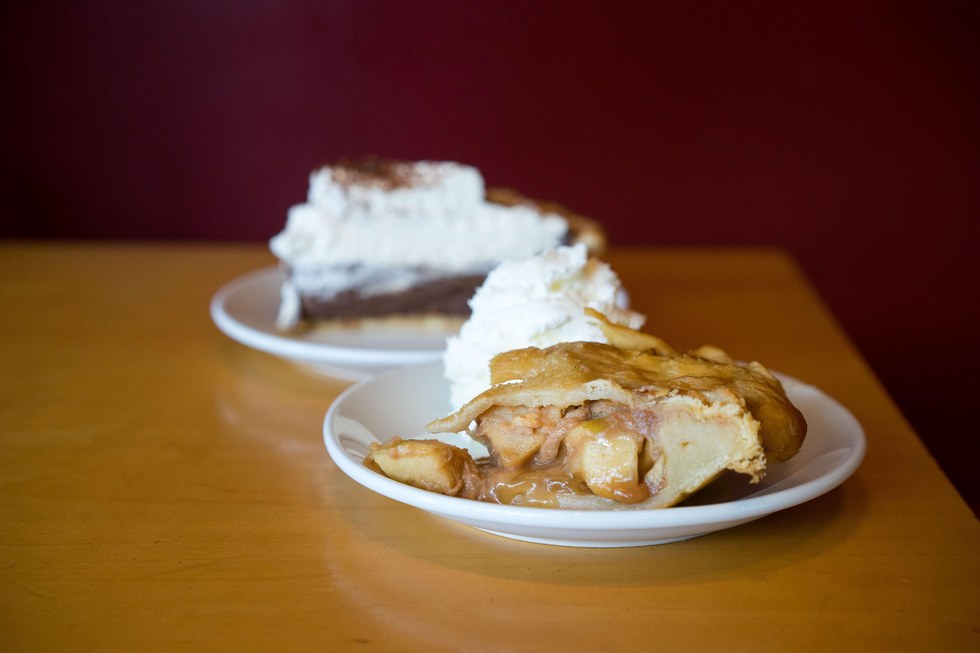 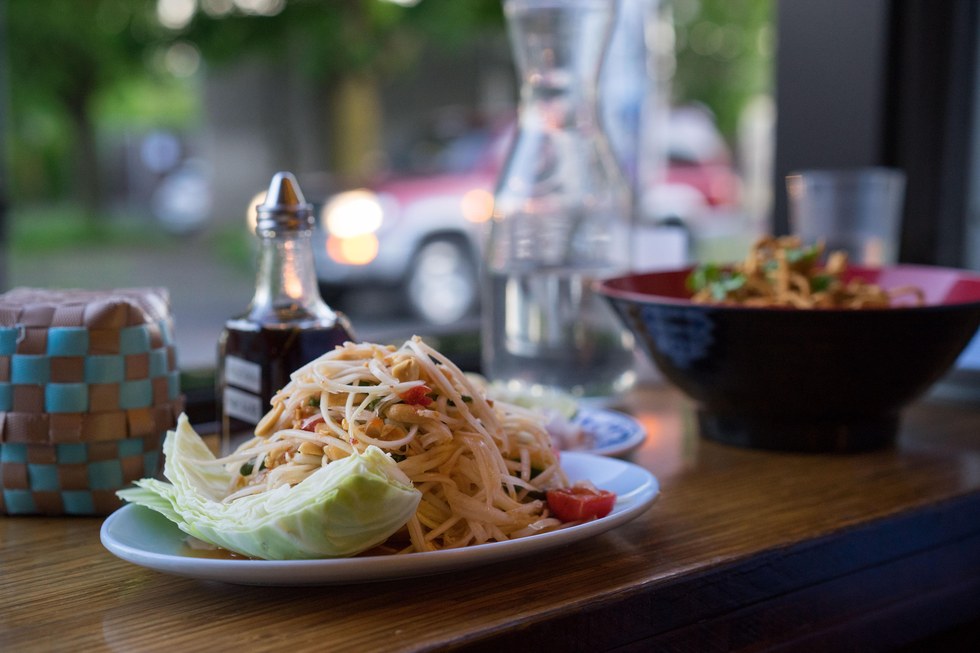 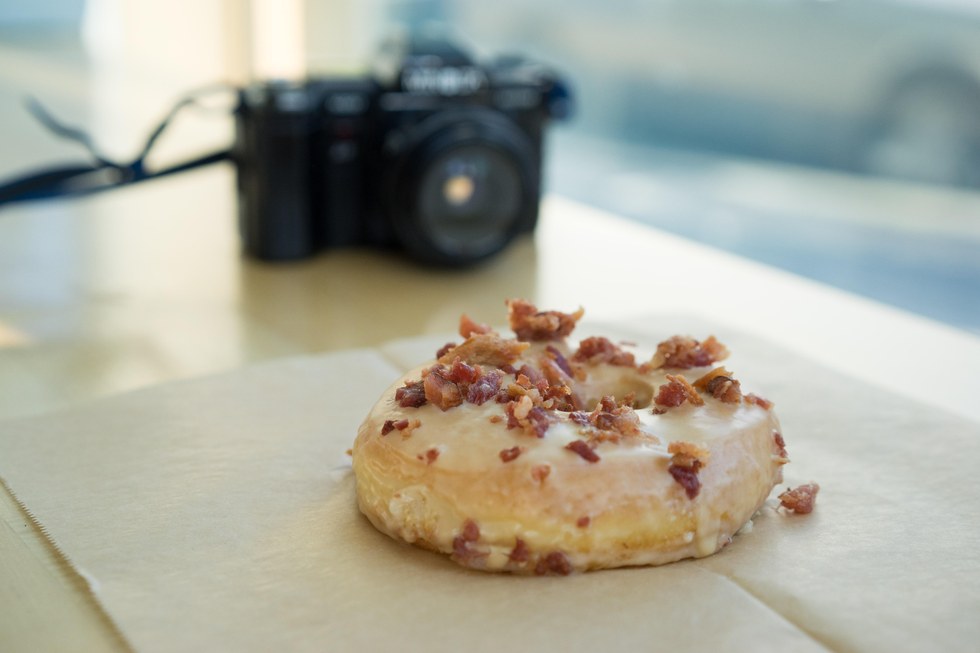 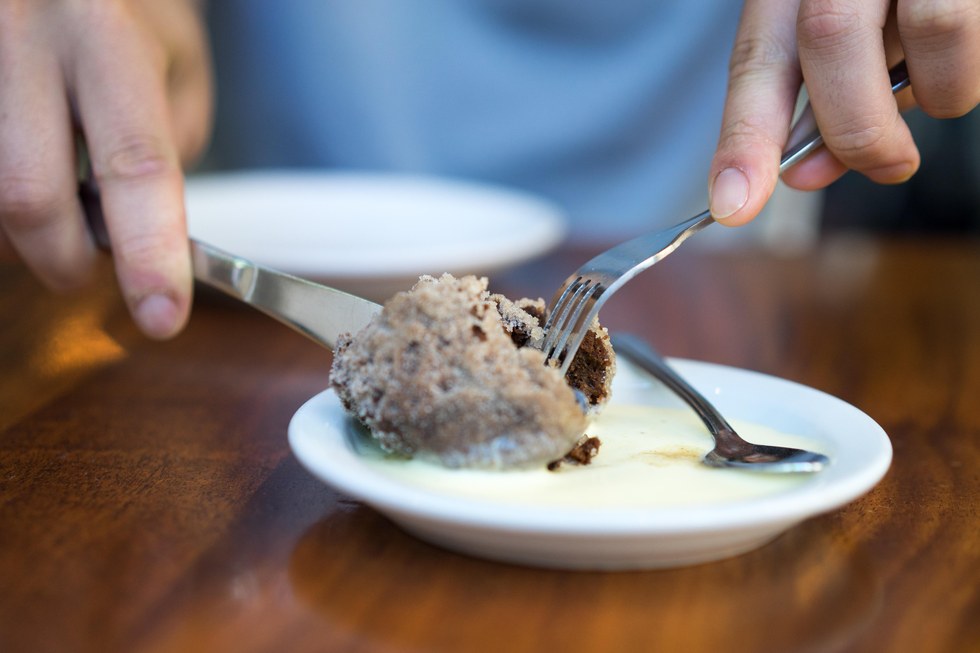 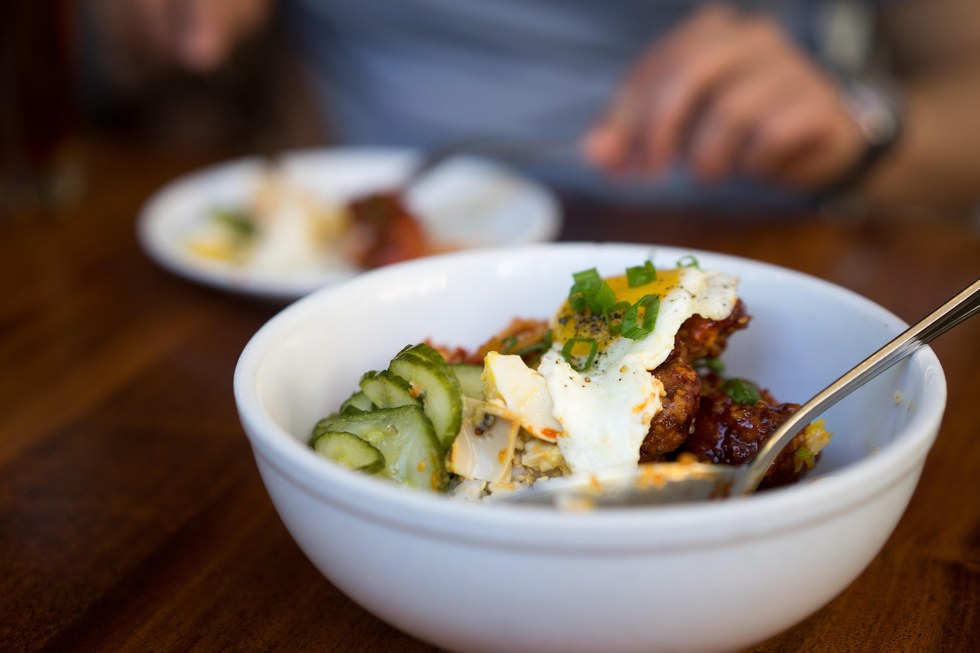 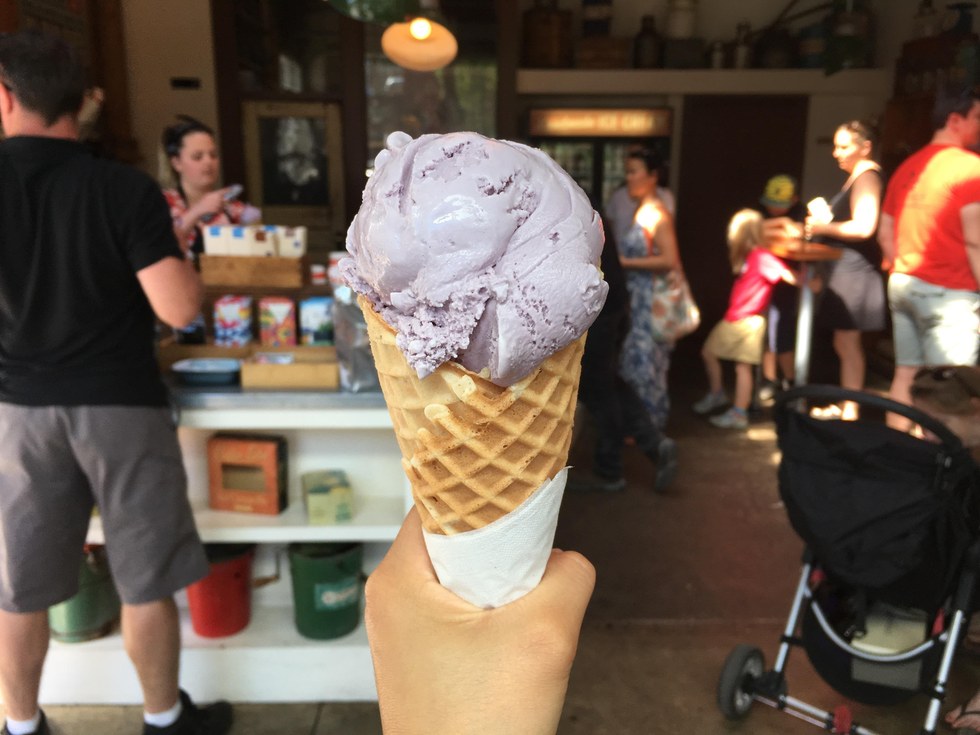 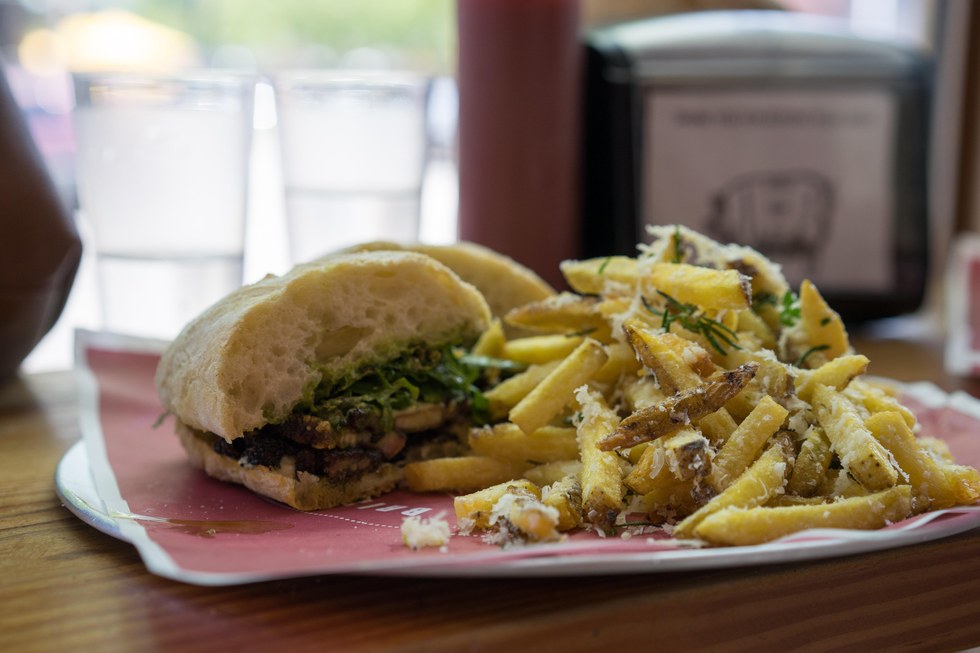 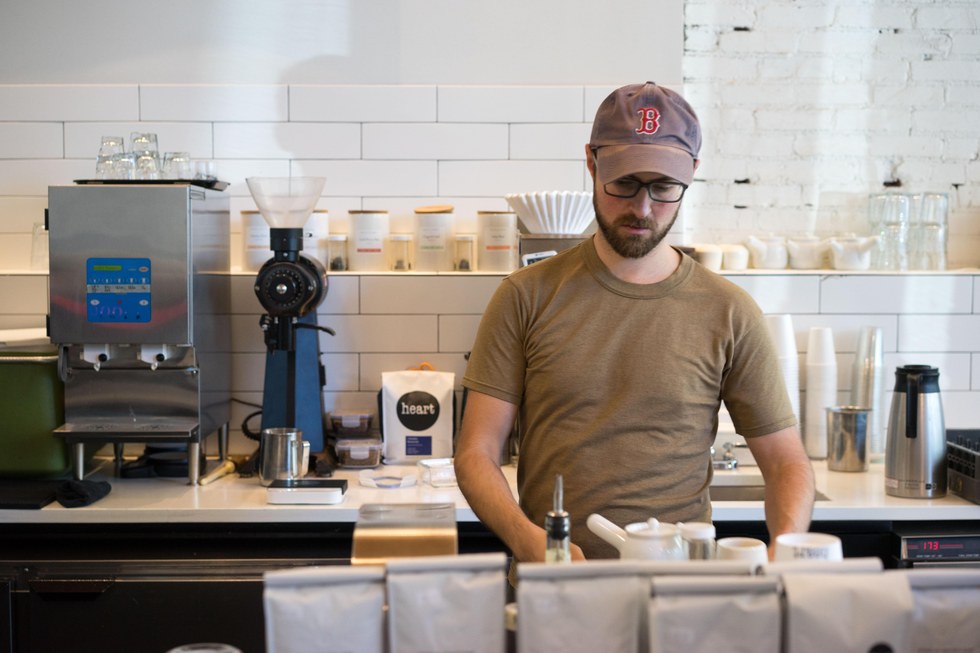 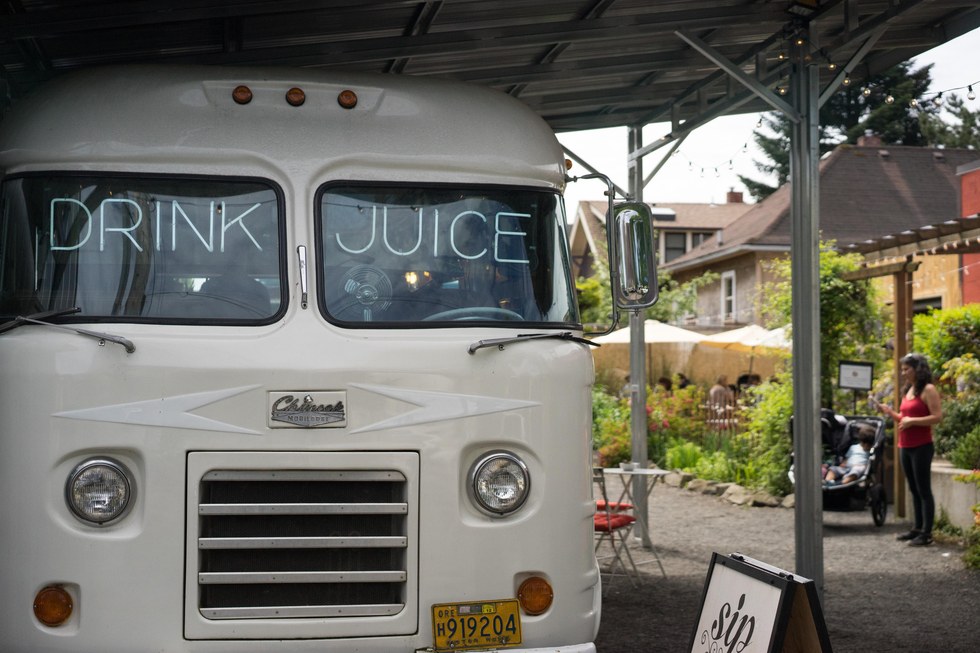 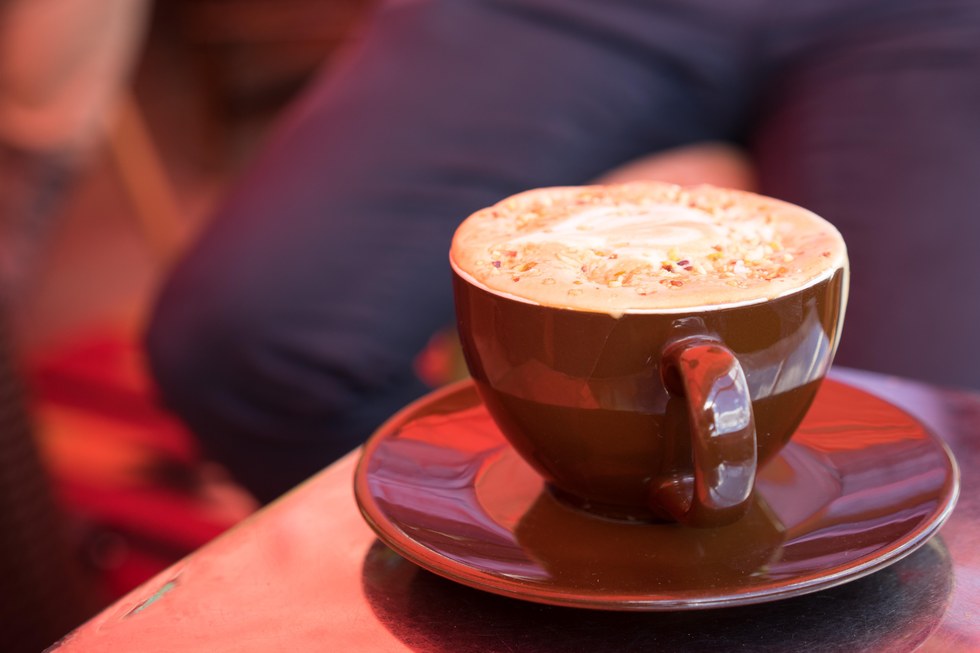 ToV Coffee & Tea: Sahlep, a comforting cup of steamed milk laced with coconut and pistachios, with a shot of espresso.

Face it, Portland is a brunch town. While we might be used to brunch being a weekend treat, here you can expect brunch places to fill up every day of the week. The famed Tasty N Alder(580 SW 12th Ave.) is one such place—expect at least a 45-minute wait. But don't worry, they'll text you, so feel free to roam around downtown or stop by the famous Heart Coffee Roasters (537 SW 12th Ave.) across the street. Trust us, though, their potato doughnuts and anything else you order on their fusion-style menu are worth it. Cafe Broder(2508 SE Clinton St.) houses another must-taste dish: the aebleskivers (aka Danish pancakes) are TDF. And if you happen to be wandering around the Alberta Arts District, pop into Pine Street Biscuits(2204 NE Alberta St.) for the softest, melt-in-your-mouth biscuit sandwiches you've ever tasted, and a cute, neighborhood breakfast vibe while you're at it. If any point during your trip you starting wanting your meals less sunny-side-up, Lardo(1205 SW Washington St.) gives bacon the attention it deserves in its porchetta sandwich, and the famed Pok Pok(3226 SE Division St.) serves up Thai food that will leave your tastebuds craving more.

Don't forget dessert: Salt & Straw(838 NW 23rd Ave.) never fails for delicious ice cream, and if you're looking for less mainstream donut hype than Voodoo Doughnuts(22 SW 3rd Ave.)—though you definitely should brave the line if you've never been—we recommend Blue-Star Donuts(1237 SW Washington St.), whose brioche dough takes 18 hours to make before being served in batches each morning to loyal locals until it sells out for the day. Oh, and if you happen to be in the Hawthorne district (thrift shops, anyone?) be on the lookout for double-decker-bus-turned-Turkish-coffeeshop ToV(SE 32nd and Hawthorne)for the coolest Egyptian coffee-drinking experience. 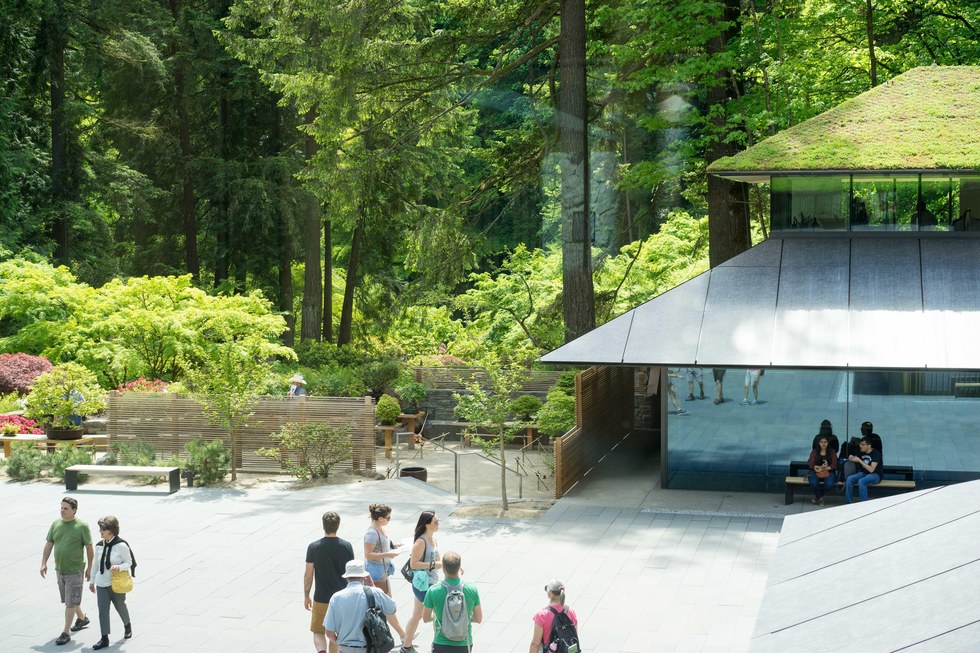 The Portland Japanese Garden just had their first-ever expansion in Washington Park earlier this year. 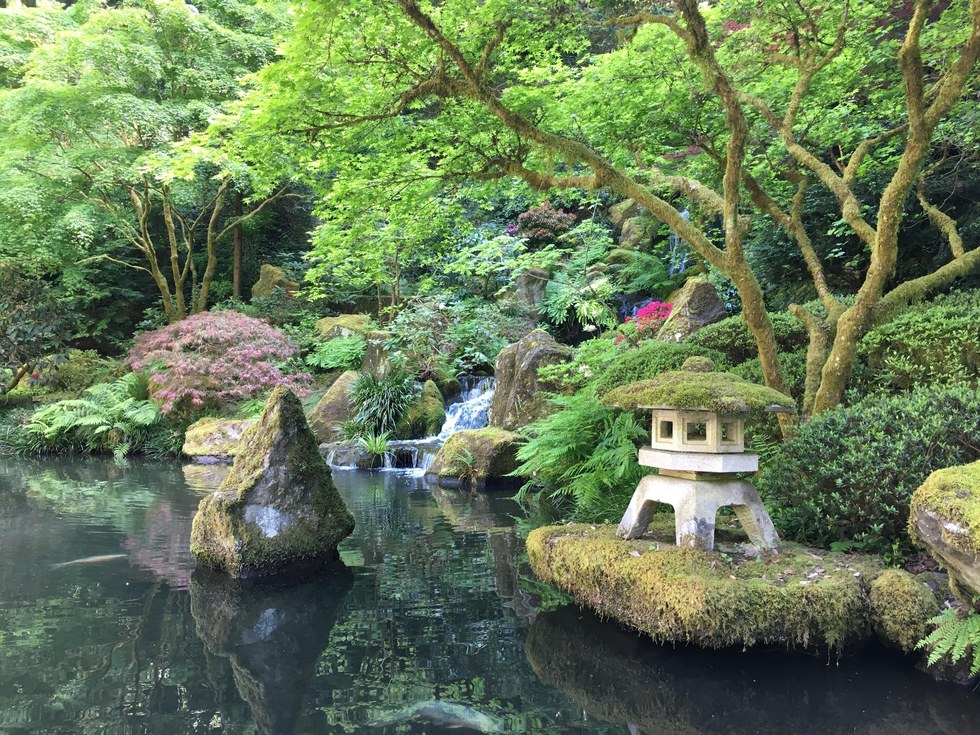 The lush greenery at the Portland Japanese Garden offers the ultimate zen-like experience. 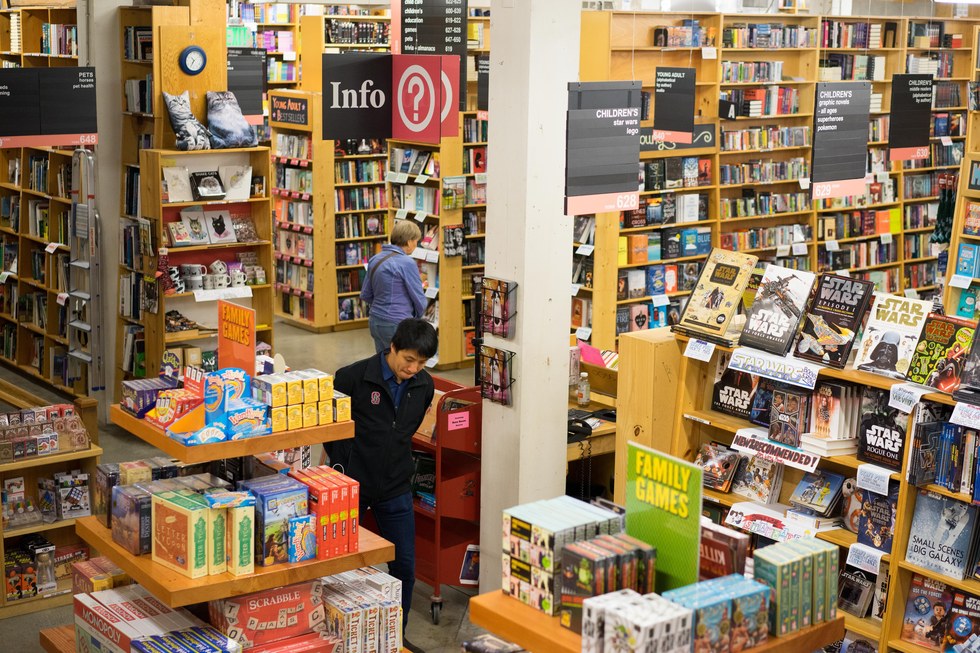 Powell's City of Books is a labyrinth of books to literally get lost in. 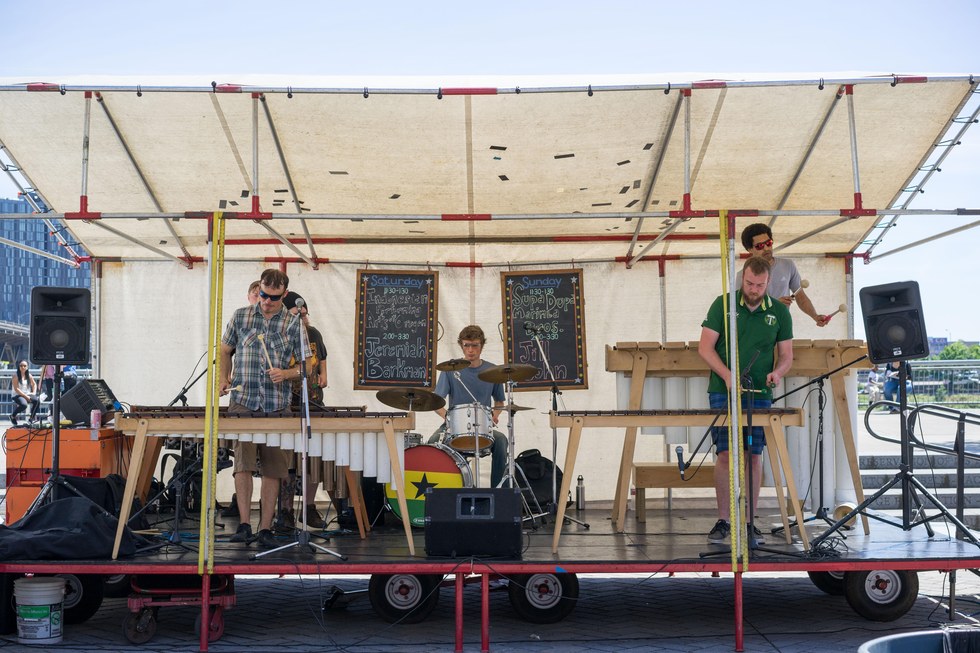 The Portland Saturday Market features live local music every weekend (including marimba bands) alongside its rows upon rows of booths full of artisan goodies. 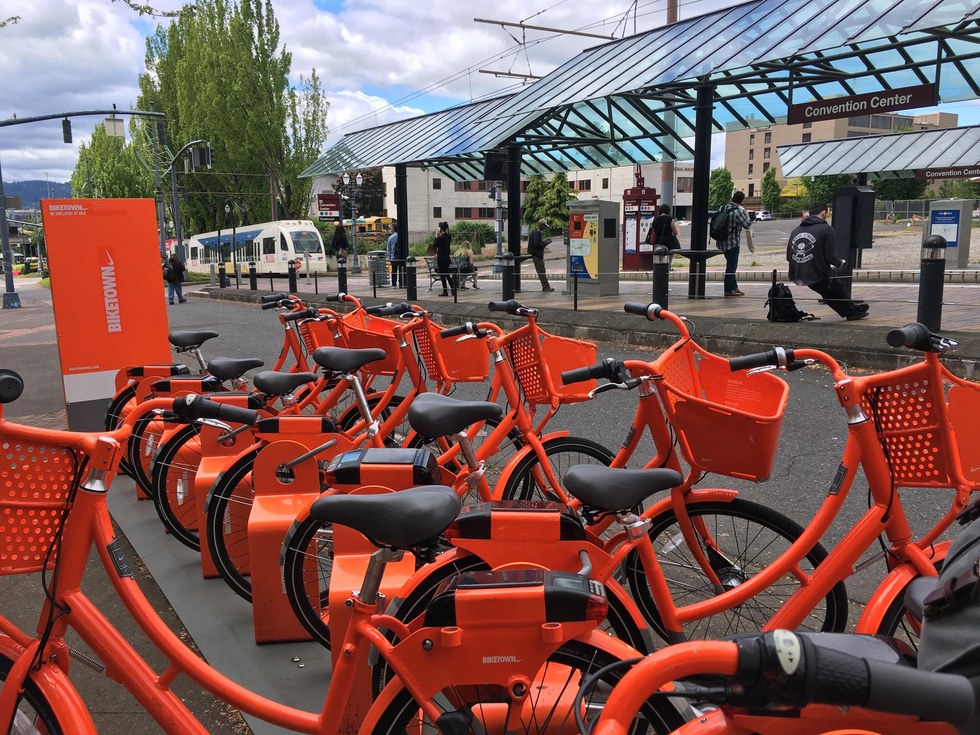 Not gonna lie: Portland is a laid-back kind of city. While not the kind of place for touristy sightseeing, this town is definitely worth your while if you enjoy culture thrills. Literally everywhere you turn there's an artsy boutique full of local, often handmade, artisan goodies. The Portland Saturday Market(Portland's North Waterfront Park and Ankeny Plaza) is the first place to hit for this: live music, good eats, and rows upon rows of locally made pottery, jewelry, and more (we even found a hand-carved wooden wand booth) every Saturday and Sunday from March to Christmas Eve. The Alberta Arts District(Alberta St. between Williams Ave. to 33rd Ave) embodies this vibe every day year-round with plenty of galleries and local retail, while the Hawthorne neighborhood lets you jump right into the thrift shop culture with Buffalo Exchange(1420 SE 37th Ave.), Crossroads(3736 SE Hawthorne Blvd.), House of Vintage(3315 SE Hawthorne Blvd.), and Red Light Clothing Exchange(3590 SE Hawthorne Blvd.) all along the same famous stretch of Hawthorne Blvd. For greenery, head past Downtown out to Washington Park, where the Portland Japanese Garden(611 SW Kingston Ave.) just had their first-ever expansion and offers the full zen-like tea-drinking experience. Of course, a Portland trip wouldn't be complete without a stop at (read: hours spent in) Powell's City of Books(1005 W Burnside St.), which spans an entire block of Downtown and has seven different rooms that, frankly, could each be separate bookstores on their own.

And we all know Portland is crazy about being bike-friendly. They stepped it up even further last year with the implementation of BIKETOWN, a new bikeshare system—just spot one of the bike racks, unlock a bright orange bike, and get where you need to go for $2.50 per half an hour plus 10 cents per extra minute after that. Besides being a cute way to get from neighborhood to neighborhood, we'd recommend cycling the Waterfront boardwalk on the east side of the river—you get to bike under five bridges and get a view across the water of Downtown.