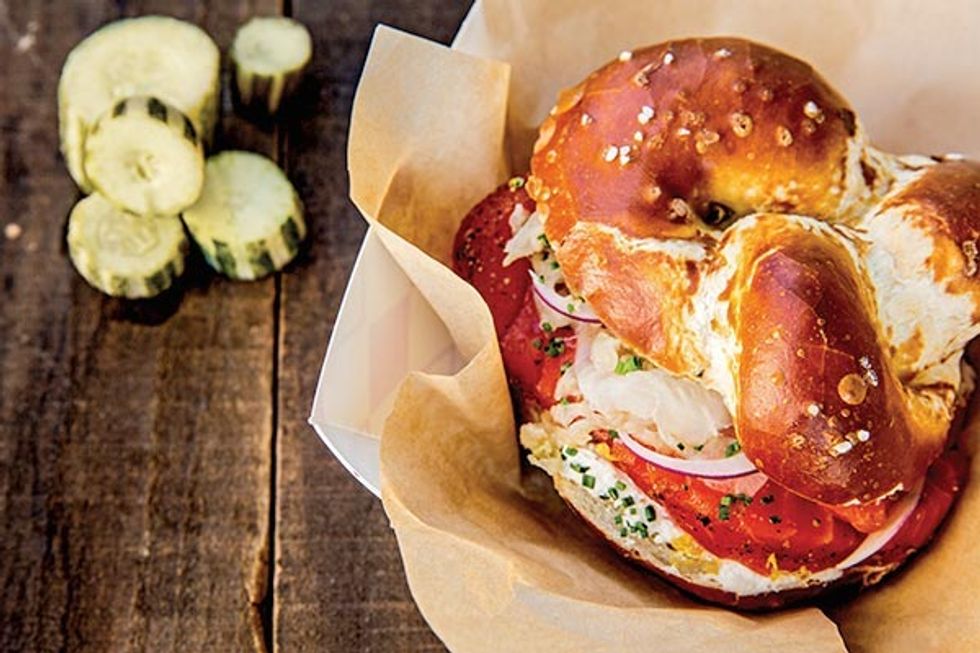 Mall food courts are getting the San Francisco treatment, with modern concepts and a locavore philosophy at the heart of projects springing up all over town.

First off the block is The Hall(Mid-Market), a super pop-up that opened in late September. Projected to run until 2016, when it must make way for a housing development, the food bazaar is filling a long-vacant space with the first brick-and-mortar homes for popular roving institutions, including the Vietnamese food truck Little Green Cyclo and The Whole Beast from meat monger John Fink. Also joining the mix: Indian restaurant Raj and Singh, a beer and wine bar from the Anchor Distilling Co. team (complete with low-proof cocktails from former Alembic bartender Daniel Hyatt), and Moroccan-Peruvian eatery Cassia. But perhaps the biggest boon to the neighborhood here is Fine & Rare, the Southern-inspired seafood spot and raw bar from chef Scott Peterson (formerly of Bocadillos) and vintner Ted Wilson. Stop by for lunch fare such as crab rolls and seafood soups, and then catch dinner to go at Fine & Rare’s retail fish counter.

In the coming months, several more developments will take the trend to the next level, bolstering burgeoning neighborhoods in the process. In Mission Bay, The Market Hall will be a massive upscale grocery-restaurant concept à la New York’s Eataly; an as-yet-unnamed Ferry Building–style concept is in the works at 15th and Market; and grocery store–meets–food hall Market on Market, with homegrown vendors such as Malaysian restaurant Azalina’s and Nuubia Chocolate, will open at Twitter headquarters.

Will this new array of fast-casual food options help to transform the corridor along with its techie patrons? “Mid-Market is improving every day,” says Ted Wilson, who’s betting The Hall will play a big role in the renaissance.