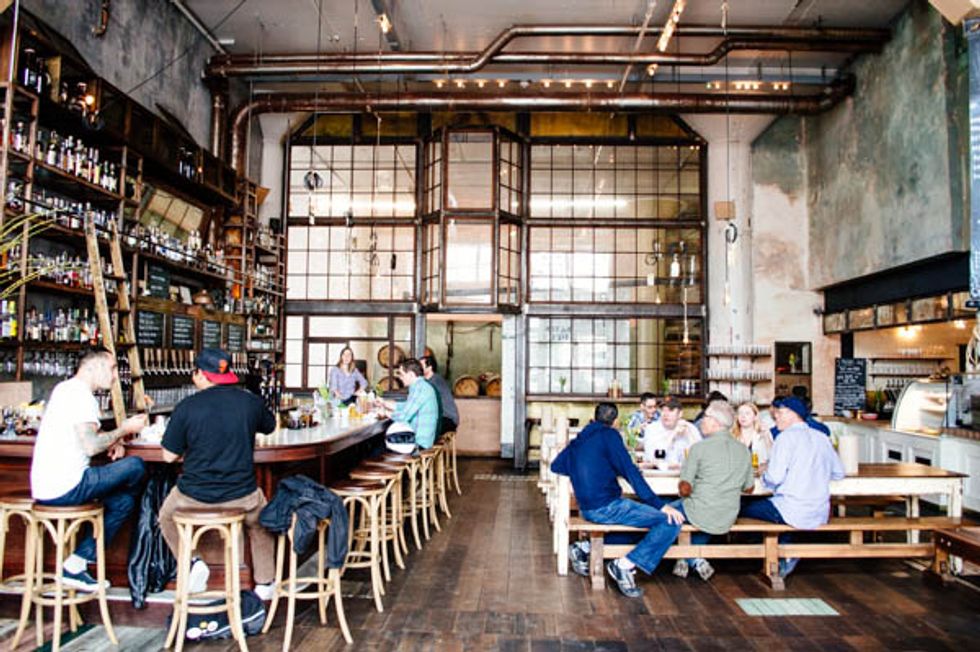 Nightlife Guide 2015: Where to Drink Beer in San Francisco

By
Joe Starkey
For those who turn up their noses at wine and highfalutin cocktails, there's beer. Craft beer. And since the microbrewery trend took off, there's no shortage of assorted suds from which to choose. Here's where to go in SF to find the perfect brew.
Barrel Head Brewhouse
This two-level brewpub sits at the edge of Western Addition with tanks right in the center of the dining room for in-house brews, along with more than 20 other drafts poured from an inactive torpedo. // 1785 Fulton (NoPa), barrelheadsf.com

An unassuming gem in SOMA, this place is half beer store and half beer bar, with a mind-boggling selection of local and imported beers by the bottle along with rotating taps, all of which you can enjoy at the bar or tables located in-store. // 1168 Folosm, #101 (SoMa), citybeerstore.com
Mad Dog in the Fog
The famed Irish bar has seen its share of mad hounds raging through the fog. Try your hand at trivia on Tuesday and Thursday. // 530 Haight (Lower Haight), themaddoginthefog.com
Mikkeller Bar
Copenhagen comes to the bay with the opening of this popular gastropub overseen by Denmark’s Mikkeller Brewery. On hand are 42 taps and a formidable bottle selection. The Danish microbrewery offerings include a few crafted specially for SF. // 34 Mason (Union Square), mikkellerbar.com
Monk’s Kettle
Pick from 200 regional beers with 24 on tap—including a generous selection of Belgian and German brews. Blessed be the tempting pub grub options. // 3141 - 16th Street (Mission), monkskettle.com
Rogue Ales Public House
On the corner of Washington Square, the southernmost outpost of Rogue Ales offers over 40 beers rotating on tap (including a wide selection of the Oregonian brewery’s own) and an outdoor patio that’s extremely popular when SF’s weather takes a turn for the nice. // 673 Union (Russian Hill), rogue.com
Smokestack at Magnolia Brewery
The collaboration between Magnolia's master brewer Dave McLean and Namu Gaji's Dennis Lee is an order-and-sit barbecue hall and brewery with communal seating and a huge main bar pouring both beers and whiskey-centric cocktails, such as the Dutchman's Flat (rye, ginger, honey, lemon, toasted Nori, and beef bouillon). // 2505 Third Street (Dogpatch), magnoliapub.com/dogpatch