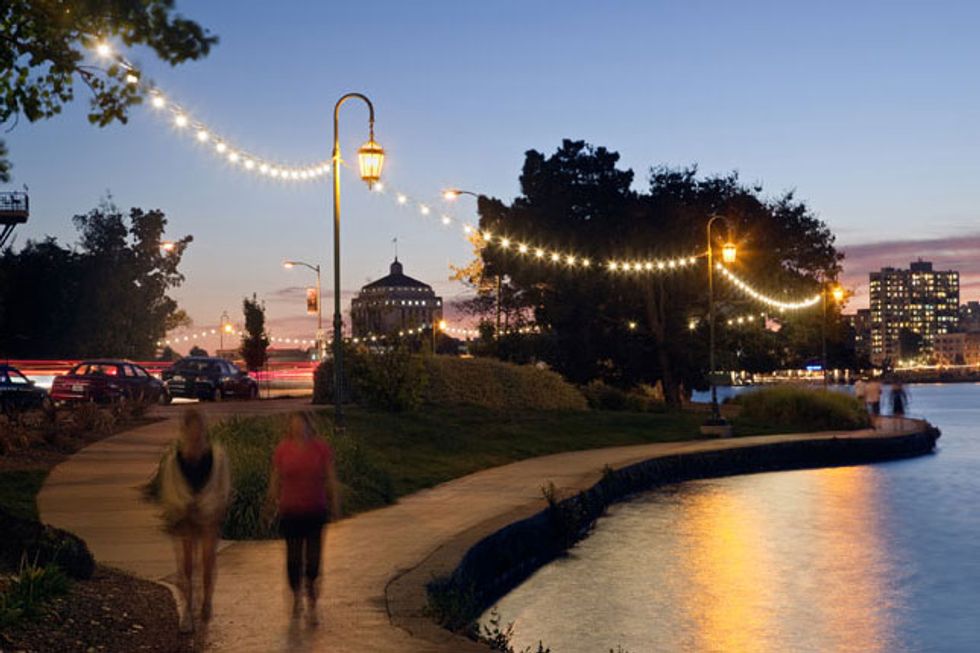 Thursday morning the New York Times released its annual list of "The 52 Places to Go in 2016," ranking the East Bay at number 39 (out of the whole world).

While Oakland came in at number five overall just two years ago, the East Bay gem hasn't lost any of the charm that first drew the lauded East Coast newspaper to our shores. In fact, in 2015 alone, the New York Times wrote four lengthy articles on Oakland's crime rates, housing market, restaurant scene, and tourist attractions. Seems like they're a little jealous (and we don't blame them).

For their annual list of destinations, the Times focused on Oakland's food and wine scene, mentioning Michel Bistro and Ramen Shop, as well as the dozen or so urban wineries that have opened in recent years. The newspaper also mentioned Oakland's $1.5 billion Brooklyn Basin development, which will transform the city's southern waterfront into 3,100 housing units and 200,000 square feet of retail, set to open in 2017.

Want to eat out more in Oakland? Bookmark our list of 100 things to eat in Oakland before you die.