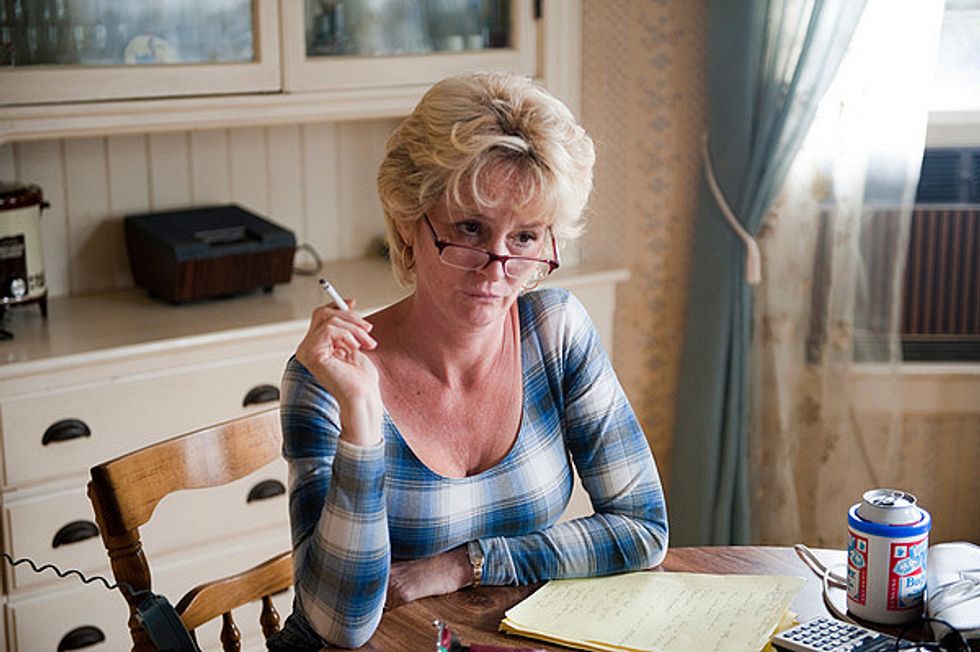 The last time Melissa Leo was nominated for an Academy Award, in 2009 for the blue-collar drama Frozen River, she was perhaps a sentimental favorite among critics but a decided longshot to beat out Meryl Streep, Anne Hathaway and eventual winner Kate Winslet.

Anything could happen between now and February’s Oscar telecast, but Leo, 50, is already earning accolades for her supporting role in The Fighter, David O. Russell’s biography of hard-knocks Lowell, Mass., brawler Micky Ward. (The San Francisco Film Critics Circle ranked her nuanced portrayal of a domineering mother as among the year’s best.)

Leo doesn’t regard Alice Ward, “Irish” Micky’s tough-as-nails mom and onetime business manager, as a monster. Actors are asked to embrace complicated characters all the time, and Alice is one of them – apparently ruthlessly self-serving in her handling of her two boxer sons, Micky and Dicky, played respectively by Mark Wahlberg and Christian Bale.

But Leo sees her sympathetically, “as a very wise mother who really did know her children.” In the movie, she is seen sheltering Dicky time and again, despite his erratic, self-destructive behavior, while letting Micky get beaten up in the ring. She wasn’t playing favorites, says Leo. “It was just that Dicky needed her in a way Micky did not.”

Like Alice’s, Leo’s career has not always run smooth. Despite a consistently high level of work since her 1984 TV debut on the ABC soap All My Children, the Manhattan native earned a one-way ticket to purgatory after her stint on NBC’s Homicide: Life on the Street ended abruptly -- without explanation, she says -- in 1997.

“[The show] killed my career,” she says bluntly. “The critical acclaim it got was extraordinary for the first three years. It eventually lost its edge, but I loved my five years there. Then, three weeks before we were to start the sixth season I was told I’d been let go.”

Professionally, her convincing work as no-nonsense detective Kay Howard posed a problem. “After the second season I’d stopped wearing makeup,” she explains. “I’d gone barefaced. I was known as someone with a gun and a badge. People forgot that I’d been playing characters for 10 to 15 years before that. I couldn’t get a job. Nobody would return my calls. I was out of work for a few years.”

That may explain her respect for Alice, who booked Micky’s fights and tried to reign in his crack-addicted brother while using their seven sisters as a personal gang. Leo too has firsthand experience struggling to survive in a world run by men.

“I’m blessed now to be a female actor who gets to work, even as I get older,” she says. “But the maleness of the filmmaking world makes it very hard for the women to be fleshed out, to express themselves. Alice was in the fight game, I am in the movie game, and that’s our shared ground.”