Our Favorite Items From The New Convert Man, Now Open in Hayes Valley 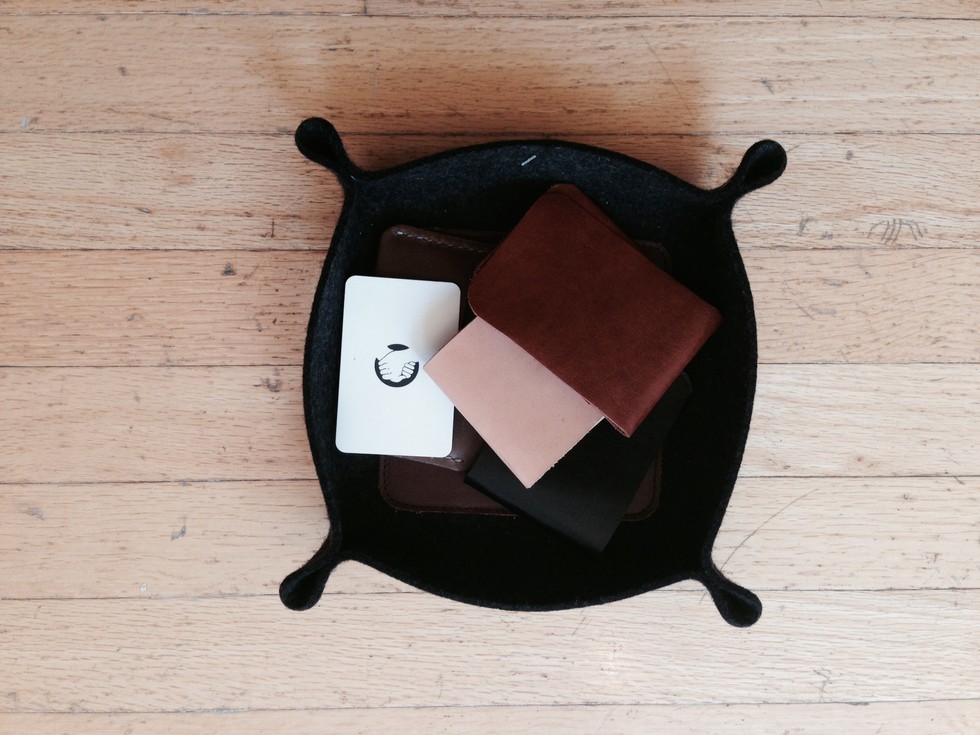 Previous Next
Unafied leather wallets made in Oakland 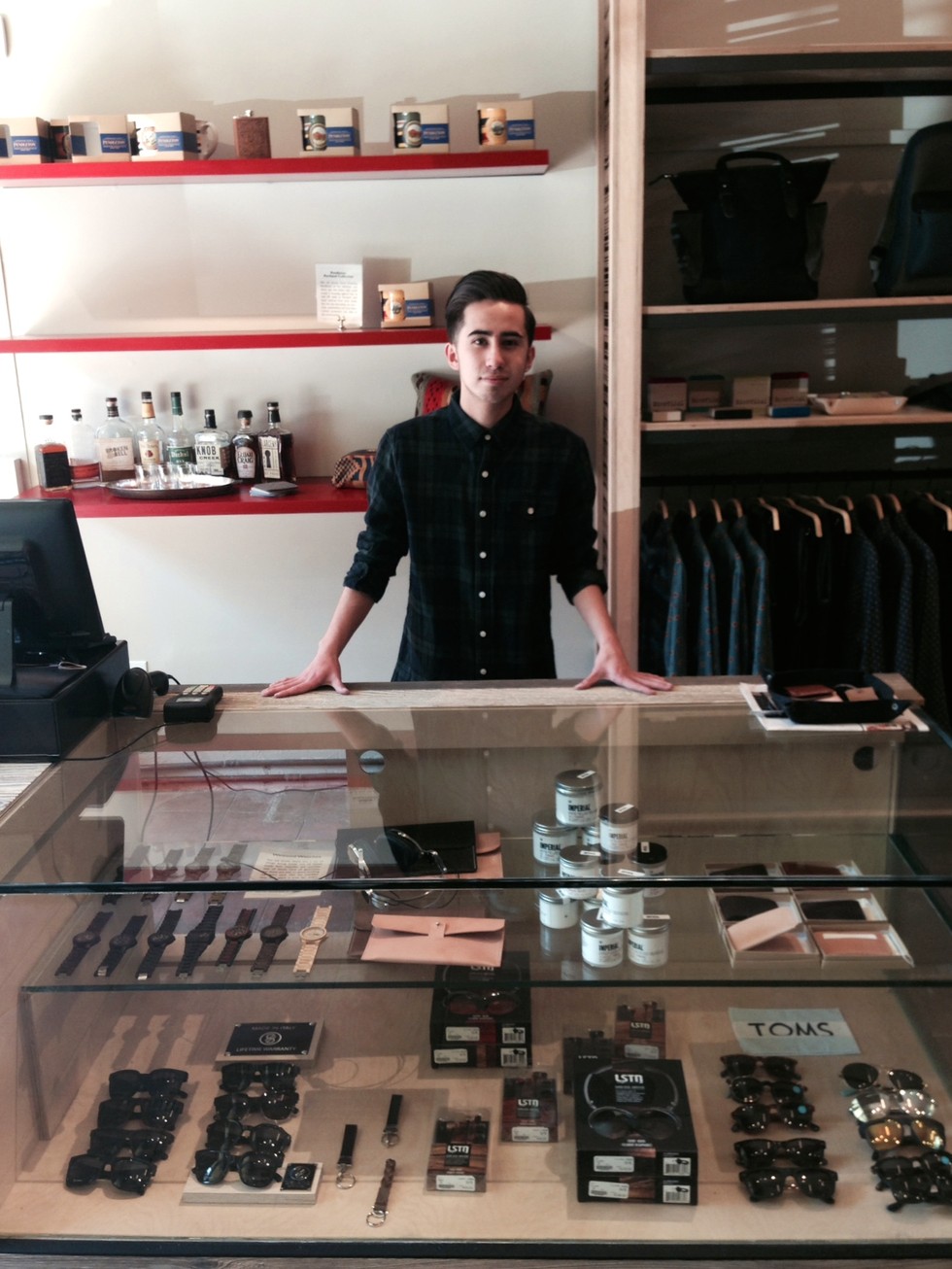 Previous Next
Shopboy Sonny Estival, in a Bridge & Burn flannel, would love to pour you a drink 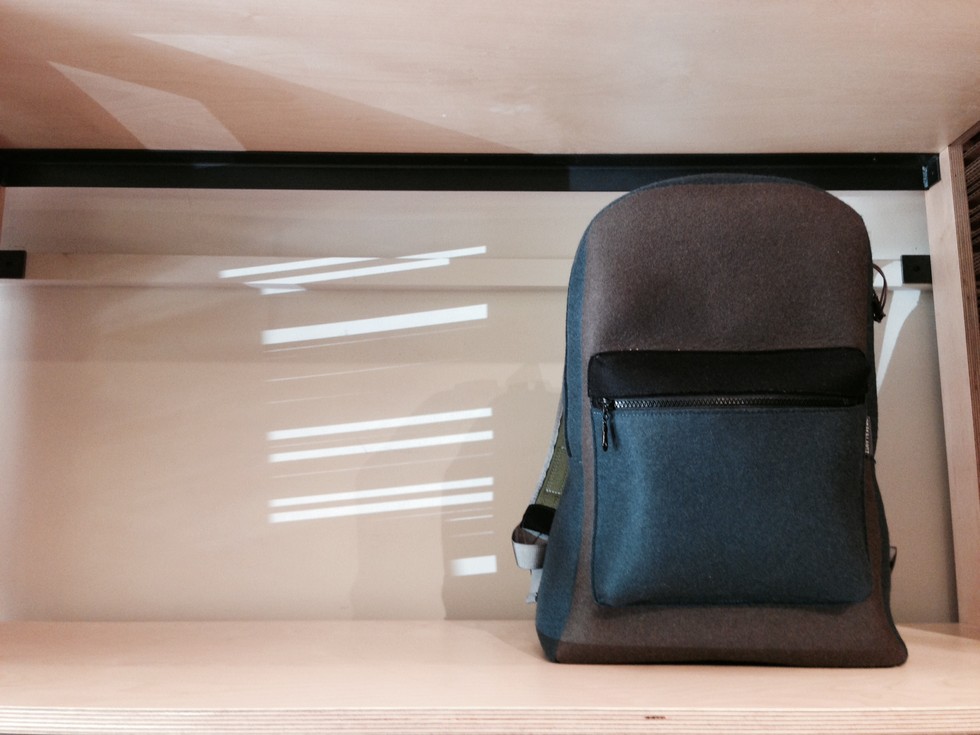 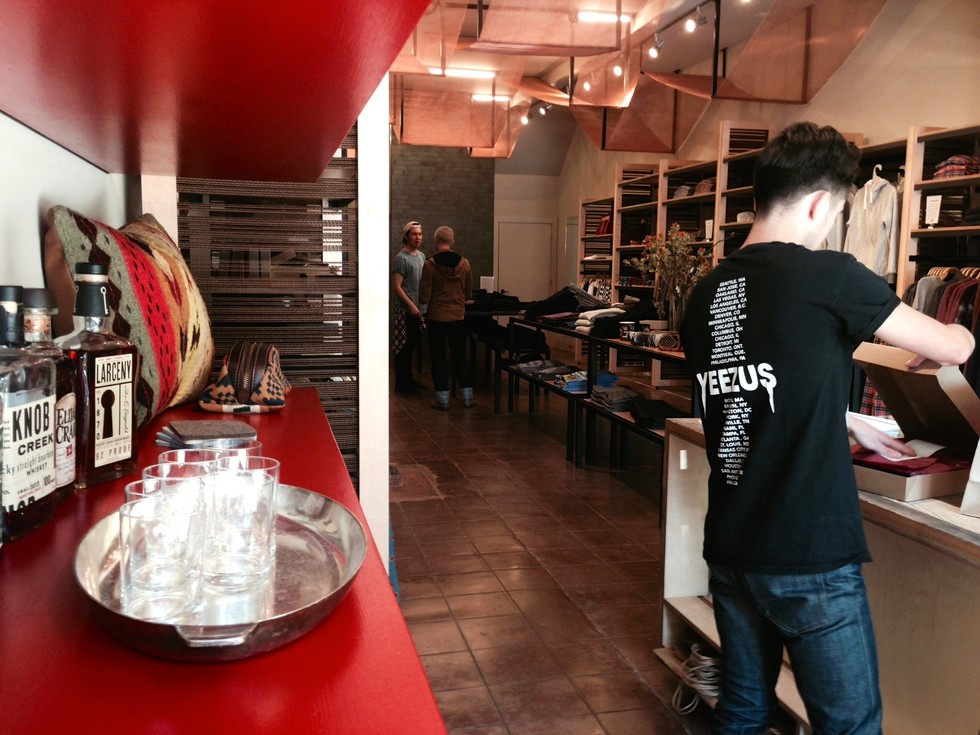 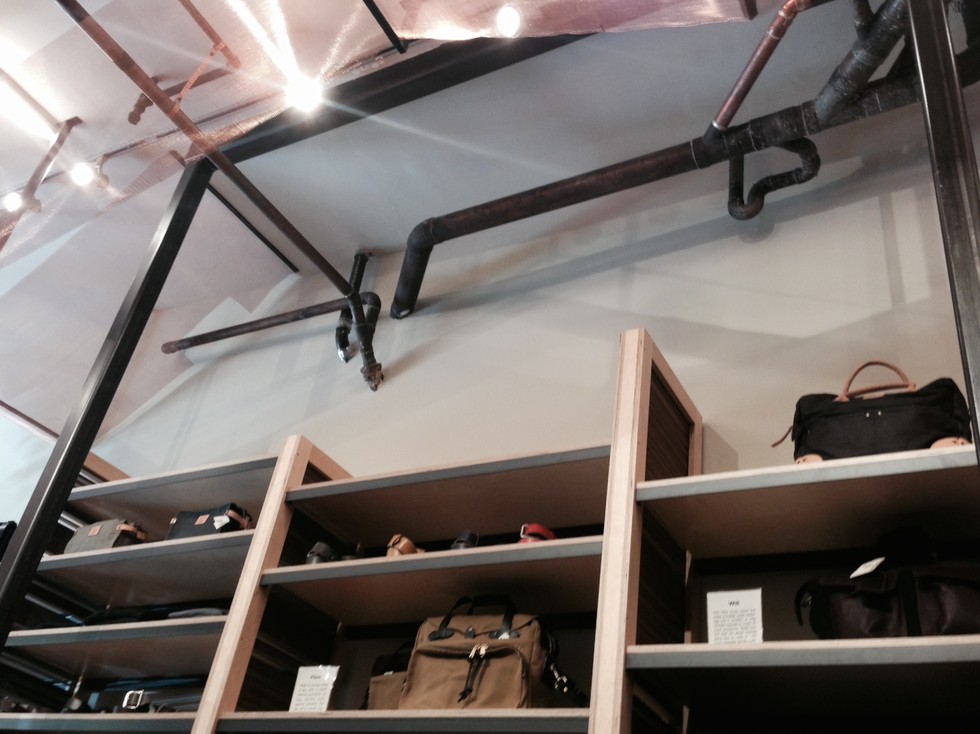 Previous Next
Another view of the interior and exposed copper pipes 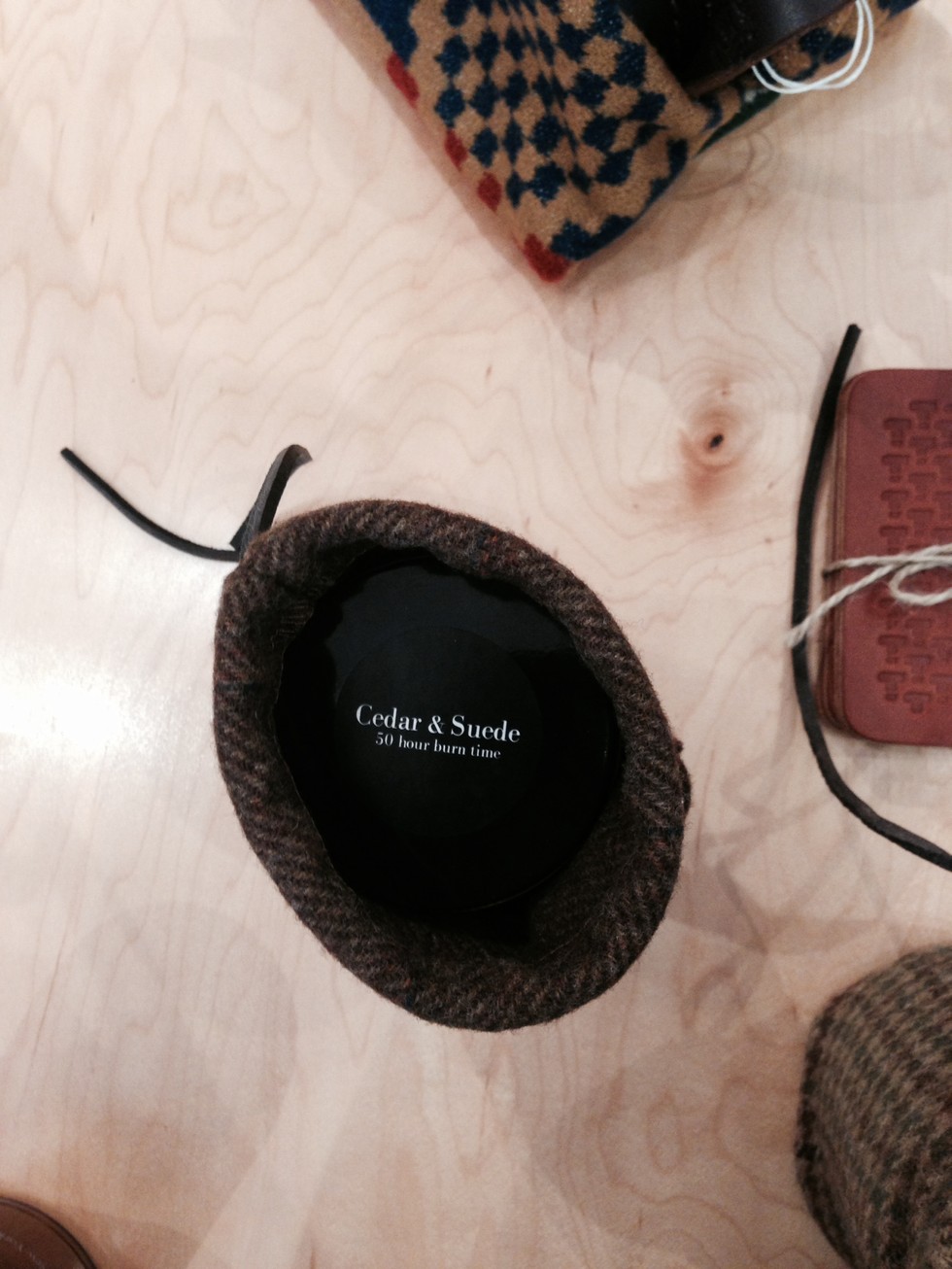 Previous Next
Pendleton's cedar and suede candle comes with a cozy 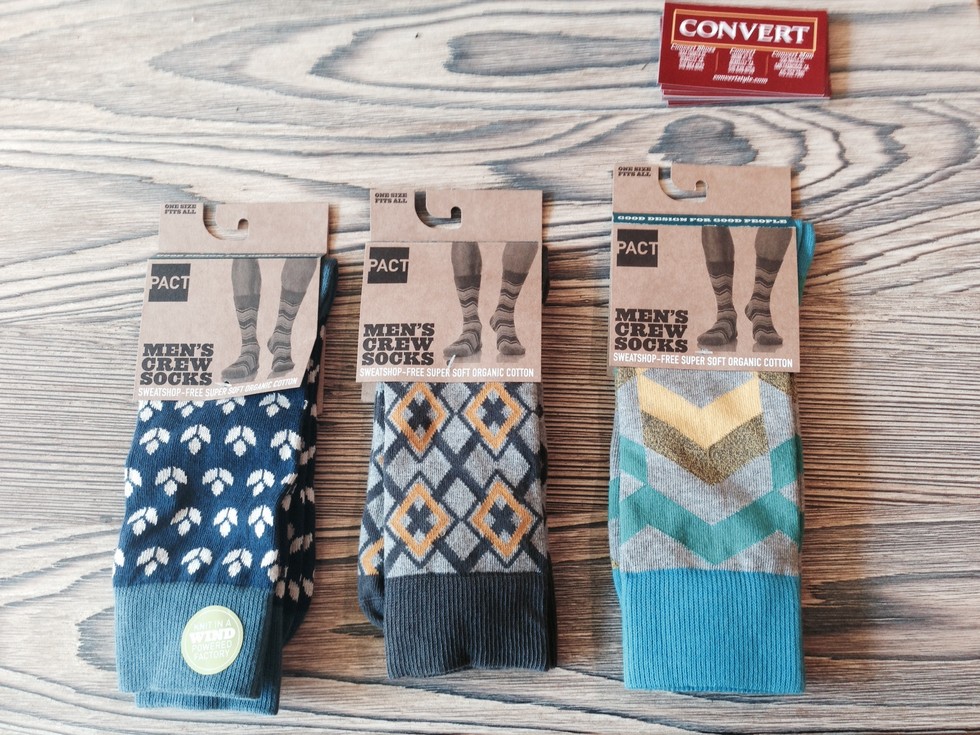 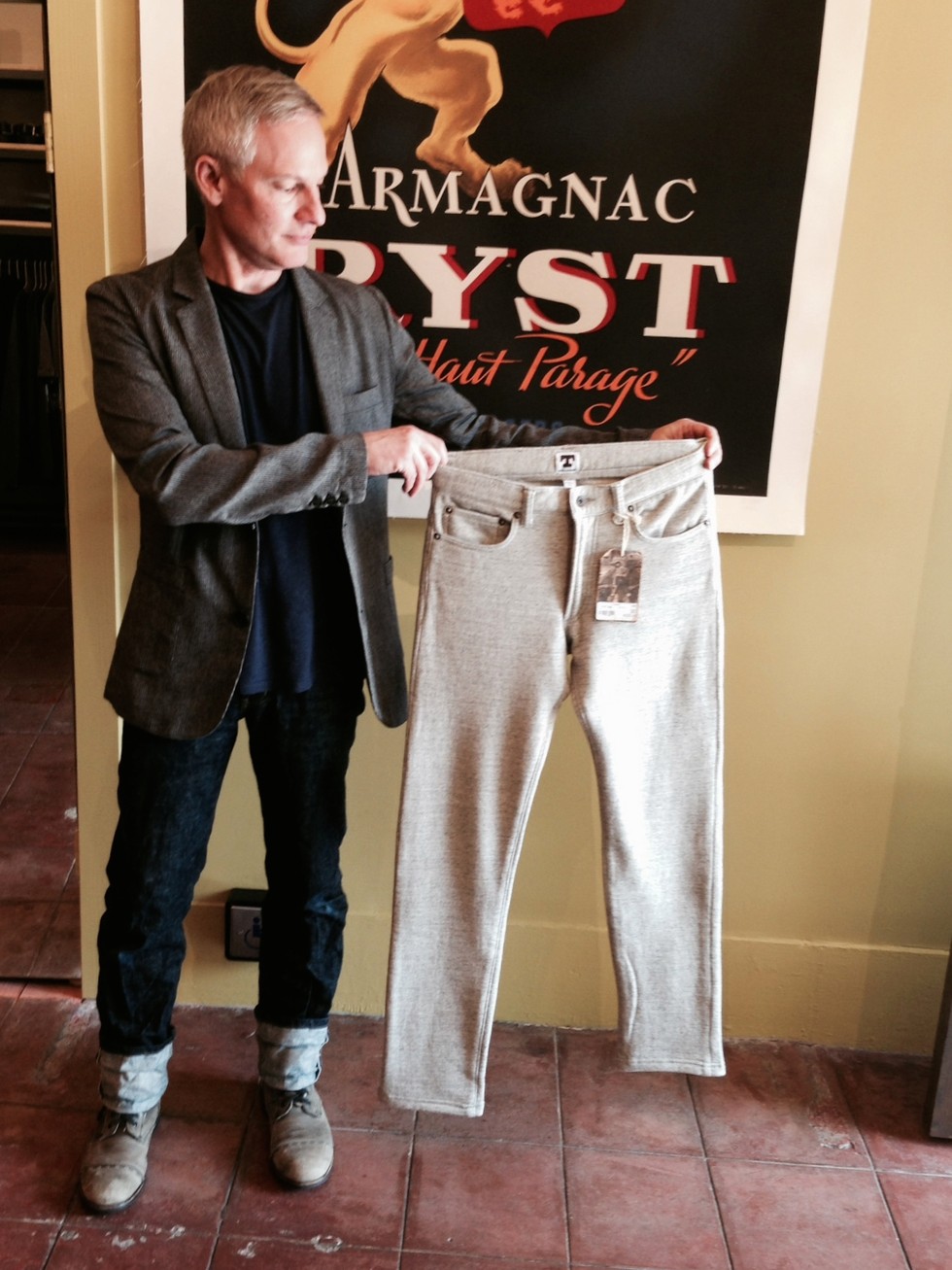 Previous Next
Owner Randy Brewer shows us a genius pair of sweats camouflaged as jeans by Tellason. 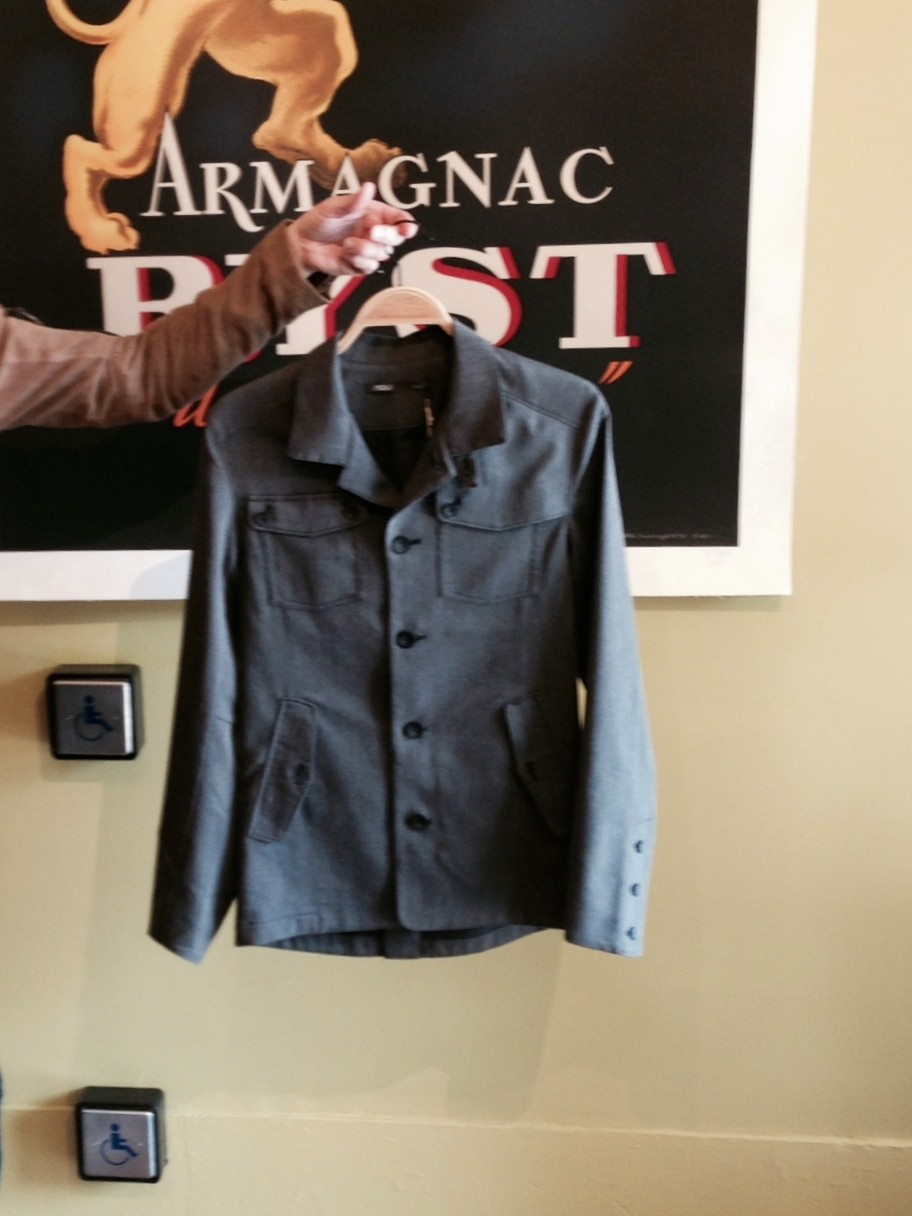 Previous Next
Nau's Biker Jacket is a commuter's essential.

“We wanted to bring elements of our Berkeley store in here,” says Randy Brewer of his new boutique, Convert Man, in Hayes Valley. The 1100-square-foot space expands the retailer’s Made-in-USA and eco-conscious philosophy into SF’s famously indie neighborhood, and joins Convert Shoes and the original Convert, both on Fourth Street in Berkeley.

The SF outpost, designed by Bret Walters of John Lum Architecture, appeals to the bay’s unique brand of masculinity, which you could characterize as an outdoorsy type who appreciates good design. During the four-month overhaul, Walters and team raised the roof four feet, uncovering the building’s hidden copper piping, which became inspiration for the aerial mesh sculpture draped from the ceiling. The piece de resistance is a 12-foot-tall accent wall of tiles from Heath’s seconds pile, which Brewer admires for its variations of earthy greens. The cash wrap is made of Norwegian birch that’s been sanded, burned, and sealed. Behind the register is a makeshift whisky bar, where flannel-clad associates pour shots as enthusiastically as they tell you about the provenance of their brands.

With twenty-five years of retail experience, Brewer has an eagle eye for mens’ style—laid-back, urban, crackling with campfire authenticity—and upon seeing his finds up close, we’re convinced he really does know what men want. We picked our favorites here.

Actually not denim but fleece, “it feels like you’re wearing sweats,” says Brewer. Outside of Japan, Convert Man is the only American outlet carrying this genius pair of jeans-camouflaged-as-sweats.

“Backpacks are huge this season,” and this one is made of structured German felt wool that keeps its shape.

Made with premium Japanese cotton, utility and cool come together in this handsome shirt, modeled by shopboy Sonny Estival.

Designed with extra-long sleeves, water-resistant fabric, and a back pocket—it's the perfect outerwear for commuters. Since it's also slightly tailored to look like a sports jacket, "this is my answer to guys who wear their North Face jacket to dinner.” says Brewer.

Brewer never leaves home without his minimalist leather wallet from this company in Oakland.

Found: “A candle just for guys” fills the room with the cabin scent of cedar and suede.

Who can resist these whimsical patterns from Berkeley-based company Pact?

For these looks and more, visit the new Convert Man at 556 Hayes Street.

Holiday Gifts for Weekend + Wellness Warriors in the Bay Area