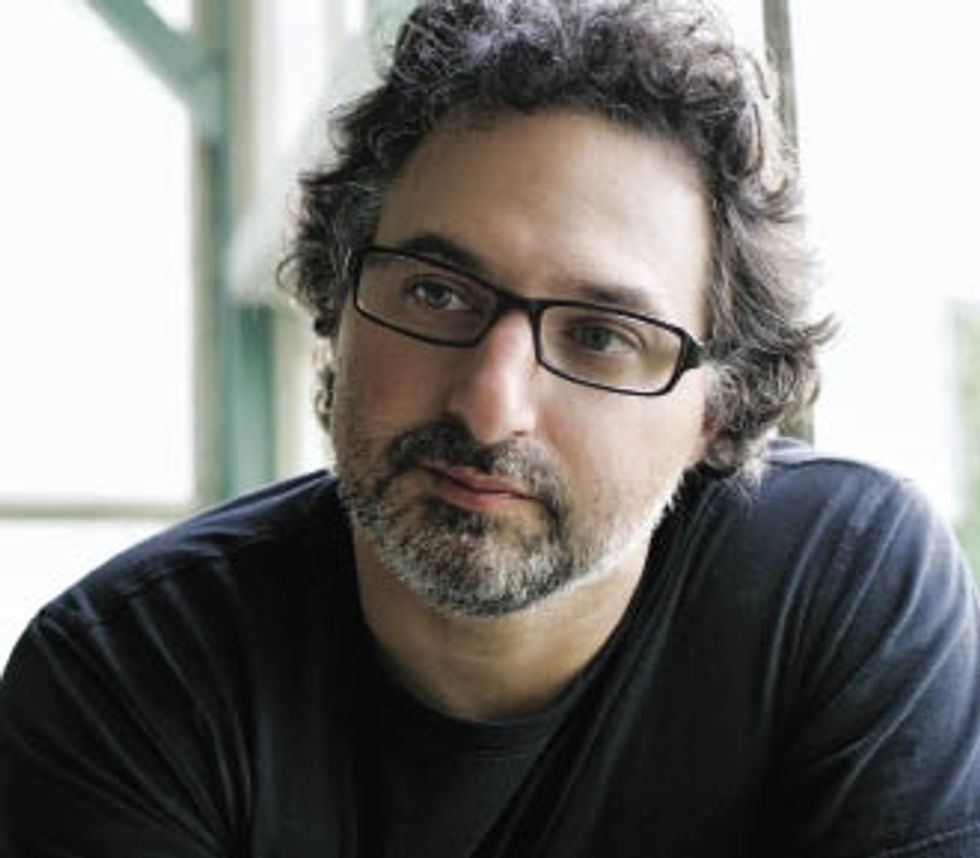 Paul Madonna on 'Everything Is Its Own Reward'

Not a day goes by without Paul Madonna sketching and scribbling away in the notebook that never leaves his side. He knew from the beginning that he would be an artist. From amateur illustrations as a kid to a BFA from Carnegie Mellon to the first-ever art internship at MAD magazine, the Missionite has always expressed himself through drawing. In 2004, the SF Chronicle began running Madonna’s All Over Coffee cityscapes as a regular column, and in 2007, City Lights published a collection of his newspaper comics in a book of the same title. You’ll see his work online at The Rumpus (where he is also comics editor), in The Believer magazine, in various books, and at the Contemporary Jewish Museum. Madonna’s latest compilation, Everything Is Its Own Reward (City Lights), functions as more of a narrative than his first book did, with short stories assembled into chapters that build up to a larger story. His deepest and most comprehensive work yet hits stores this month and boasts more than 200 All Over Coffee strips in Madonna’s signature ink-wash style. One flip of the page and you’ll be hooked on his melancholy world of beauty, stillness, and reflection.

Do you consider yourself an artist or a writer first?
Definitely an artist, although I begin all of my pieces with writing.

Among friends, are you the storyteller?
I’ve never thought of myself that way, yet I’ve always written stories. I can tell a good story, but I’m the guy who tells the truth, and a great storyteller has to be able to lie.

Your books are devoid of people. Why?
I wanted to do the antithesis of what we normally see in comics. I wanted highly rendered, emotionally charged drawings. I chose cityscapes without people because I wanted to bring the background forward. By taking the people out, I have left room for the readers. Without characters, readers are forced to engage and use their imaginations to fill in the blanks.

What drew you to San Francisco after college?
I loved the cafe culture here. When I moved, I was broke and couch surfing. Cafes were places you could go and spend five hours writing and drawing in exchange for a $5 sandwich and a couple of refills. Cafe du Soleil and Bean There in the Lower Haight are great, but I really love Four Barrel. There are no outlets. There’s no wireless. Most people are talking, reading, or drawing. It’s my great fortune that the cafe just happens to be a block away from my apartment.

Does your world have the same calm that we find in your drawings?
My world is a lot more calm now than before I started the strip. There were times when I ended up without a place to live, without a job, and without any money in my pocket. I created a sense of calm in my work because there was so much chaos in my life.

Does the city mentally appear to you in the monochromatic  palette you use?
Not at all. I’ve chosen ink for its immediacy. I don’t sketch in pencil first and then go back over with ink. As detailed as it is, my work isn’t about exactitude. It’s about recording a moment.

You sometimes call your process “creative crop rotation.” What do you mean by that?
It’s really a response to procrastination. If you’re working on three projects, you can basically stall on two. I think the creative process requires a period of inactivity. Stepping away for a bit gives you the necessary time and space to figure out what comes next.

What’s your most prized possession?
Can you call an art studio a possession? I often fantasize about it—the tables, the lighting, and rows of bookshelves. I daydream about amassing a great library someday.

By nature, your first compilation, All Over Coffee, is very provincial. Are you aiming to reach a larger audience with the new book?
Everything Is Its Own Reward is less about the Bay Area and more about the world. There are more than a dozen cities featured in the new book, referenced only in the afterword. I wanted to draw the focus away from place and put it on shapes, light, and feeling instead. That’s why I don’t draw iconic scenes. It’s about the composition of the drawing and not so much about the corner of Haight and Ashbury.

Meet Paul Madonna at the book launch for Everything Is Its own Reward on April 29 at Electric Works.