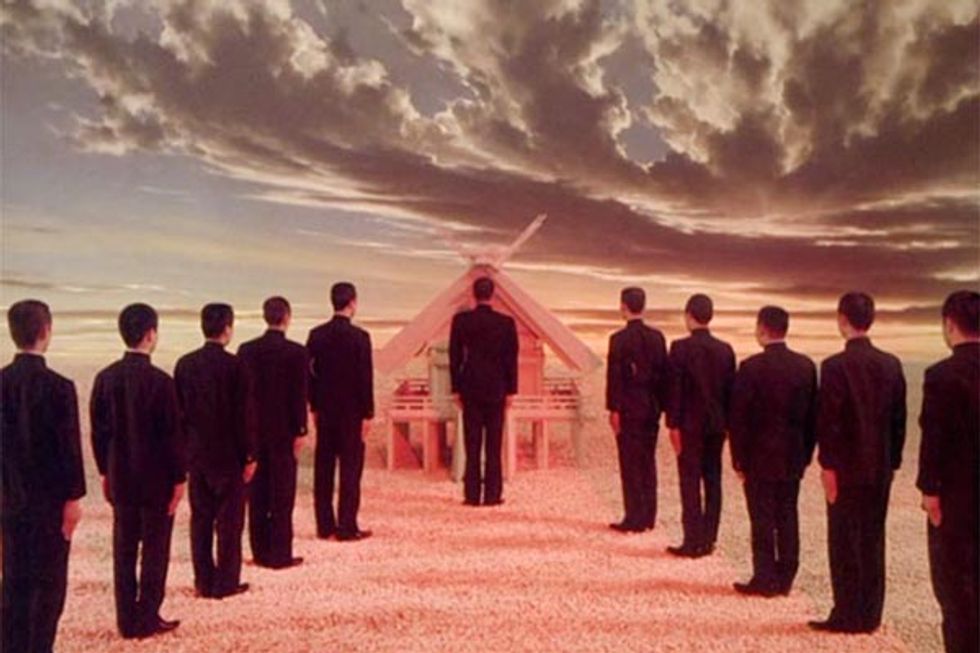 On Tuesday, April 28, Paul Schrader hit the stage at the San Francisco International Film Festival Awards, the night after he had been honored with the Kanbar Storytelling Award.

Schrader’s body of work includes Taxi Driver, Raging Bull,Obsession, and Mishima: A Life in Four Chapters. He has a very long and prestigious background when it comes to film, and worked with many of the maverick filmmakers of the 1970s.

He regaled his audience with tales of working with names such as Martin Scorsese and Brian de Palma. His filmography includes twenty-four movies he’s written and twenty-one that he directed, much of which is well-known: he wrote some of the best known movies of the 70s and 80s, like American Gigolo, the Last Temptation of Christ, and Affliction.

During the Q&A session at SFIFF, he focused largely on his body of work, but he did open up about his family. This was especially true when he was talking about Mishima, which he co-wrote with his brother Leonard Schrader.

He went in to detail what it was like directing in Japan. While it was financed with American money (it was produced by Francis Ford Coppola and George Lucas), it was shot in Japan and consisted of Japanese actors and crew.

Schrader revealed how difficult it was to film in the country, where they had a specific way everything had to be shot and he just had to adapt. He also mentioned that while Mishima is about the famous Japanese novelist Yukio Mishima, it was never shown in the writer's own country—conservatives in the nation opposed the movie for its portrayal of Mishima's sexuality.

After Schrader’s Q&A, Mishima: A Life in Four Chapters was shown in its entirety. The movie was made in 1985, but it still feels relevant. Yukio Mishima became beloved both in Japan and abroad for his novels, but he is also remembered for his death: in 1970 he committed seppuku (ritual suicide) in the Ichigaya Special-Defense Force (SDF) base, in a move that was both about his dedication to beauty and a show of nationalistic pride.

It is almost certain Mishima would have objected to a related controversy in Japan today, as the US seeks permission to move amilitary base from its current location in Ginowan City to Nago, Okinawa, an island in the south of Japan. The majority of the island's residents want the base out of Japan altogether.

As indicated by the title, the movie breaks down Mishima’s life into four parts, the last of which is about his final day. The movie seamlessly moves between scenes from books in color, flashbacks in black-and-white, and contemporary scenes in muted colors.

The film’s black and white scenes, which are based off a semi-autobiographical book titled Confessions of a Mask, provide the most insight into the writer. The movie briefly discusses Mishima’s sexuality and his disdain for women, and portrays his first sexual moment: when he became aroused by a picture of Saint Sebastian and was inspired to find the perfection of masculine beauty within himself.

The scenes in color are named after three novels that he wrote, and each chapter is accompanied by appropriate flashbacks. For the Temple of the Golden Pavilion, the scenes are of his childhood, including his first experiences with his budding sexuality. It is symbolically paired with the story of a man who couldn’t speak without a stutter, causing him to be sexually awkward. It runs the perfect parallel with Mishima’s first experience with arousal, and is also paired with his first experience of falling in love with another boy at his school.

Kyoko’s House is paired with Mishima’s desire to obtain male beauty, for which he spends a lot of time working out. It also shows his forays at night, where he would go to gay clubs. While he was married to a woman and had two children, he clearly wasn’t straight. This is inline with many in the Japanese gay community: being gay was something that wasn’t discussed, especially in 1950s Japan.

Runaway Horses is appropriately paired with shots of Mishima creating his own society within the the SDF, called the Tatenokai(“Shield Society”). The movie also shows Mishima going through paramilitary training, and it’s in this chapter that the audience gets a true sense of his nationalistic leanings, including his desire to re-militarize Japan, as he speaks at a university in Tokyo.

In the final chapter, The Last Day, it all comes together. The pinnacle of this chapter is his speech to the SDF officers: Mishima voices his desire to see Japan militarized, declares his disdain for the emperor renouncing his divine right to reign, and talks about abandoning the current Japanese Constitution (as it was written by Americans after World War II).

His attempt to stage a coup d'état and restore imperial rule failed, and the chapter concludes with Mishima committing suicide—as some suspect he had intended to do all along.

Critics have lauded the movie as an avant-garde masterpiece. The story is masterfully created, and the film might be considered a pinnacle of storytelling in motion pictures. It is beautifully shot, intelligently written, and well-acted. The music, composed by Phillip Glass, is haunting and adds considerable atmosphere to the movie. It is the perfect specimen of why Paul Schrader was honored with the Kanbar Storytelling Award.