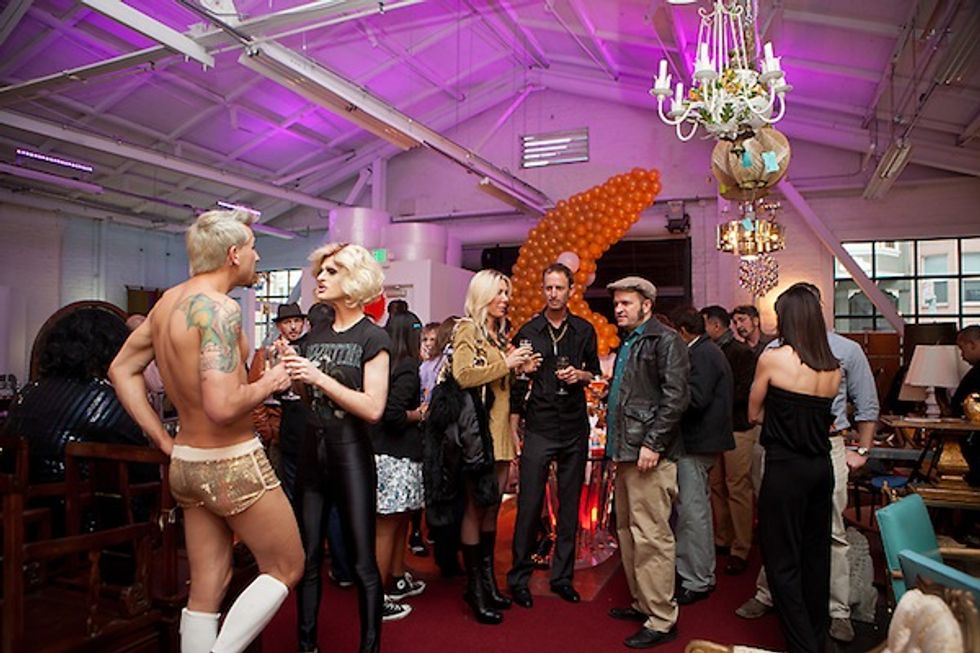 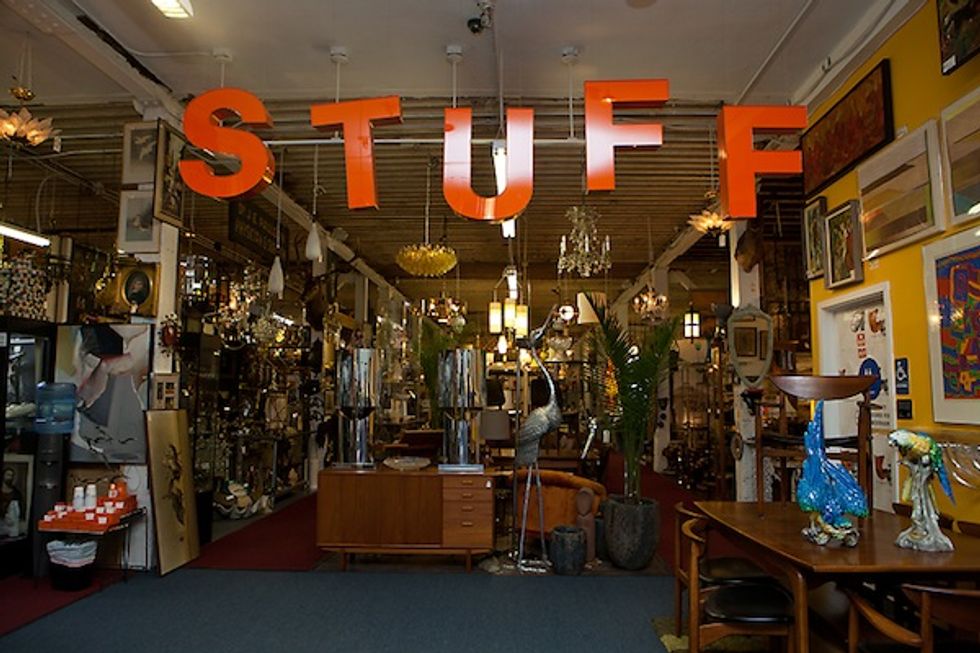 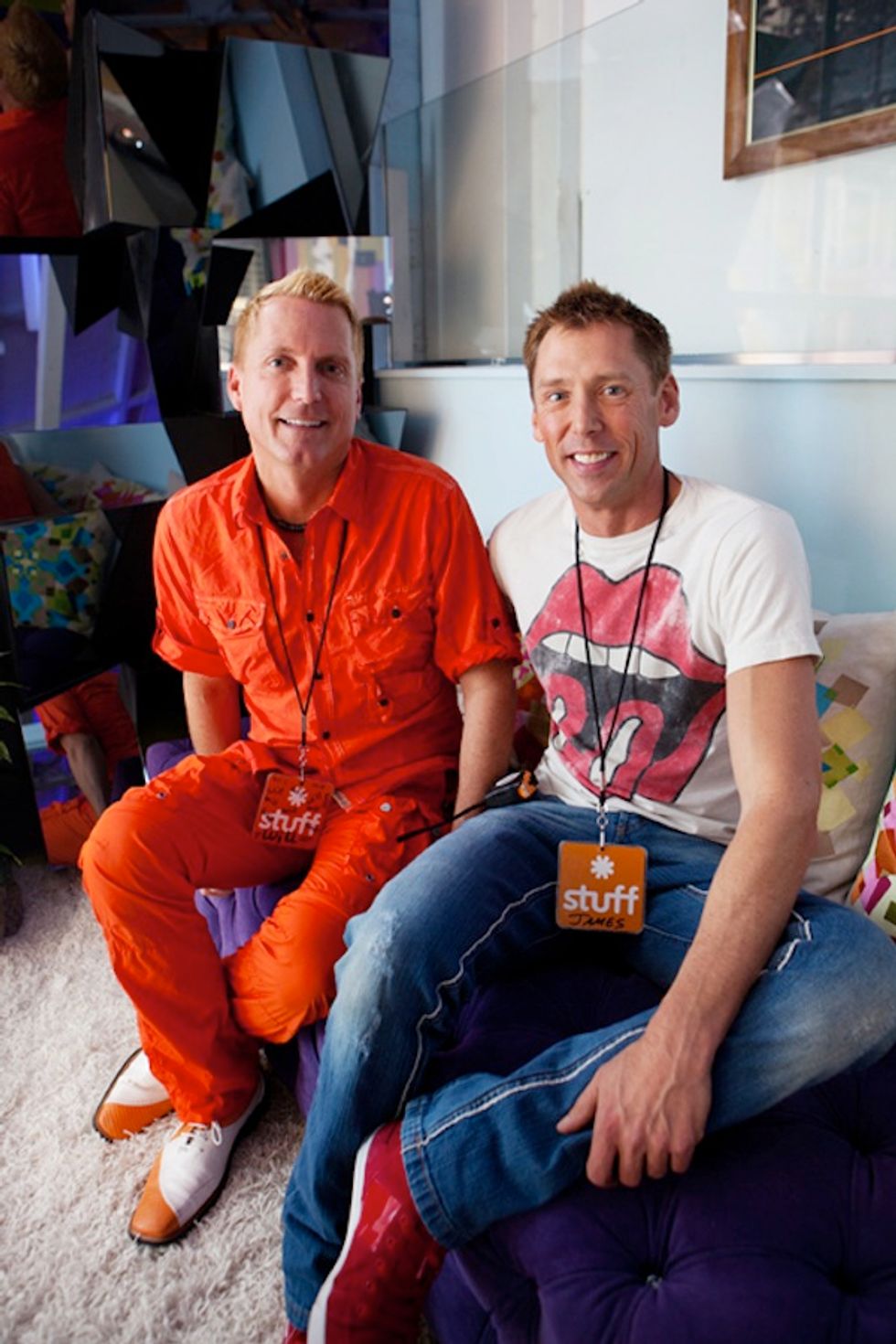 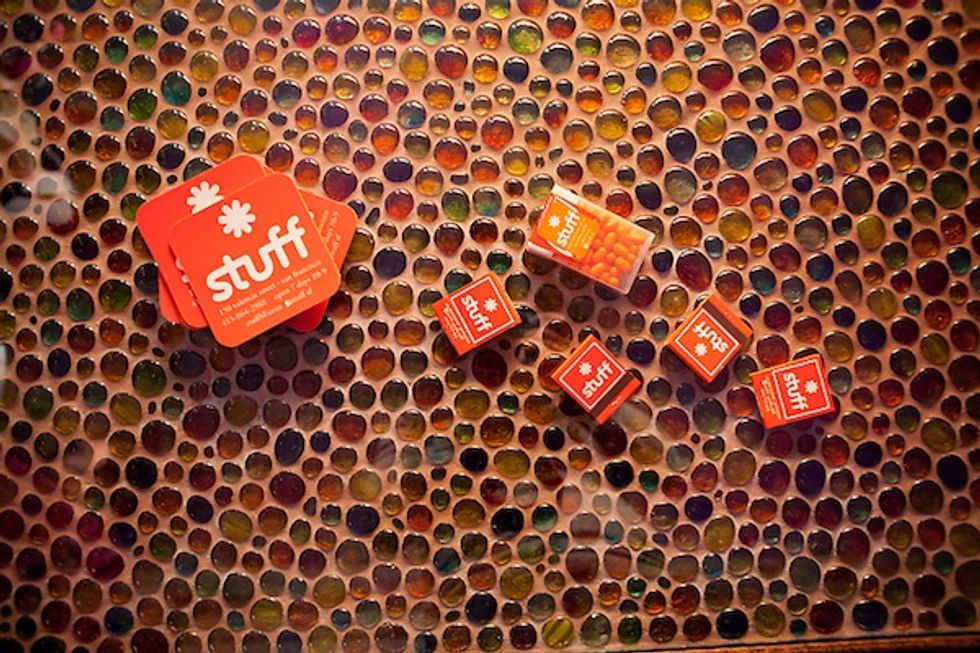 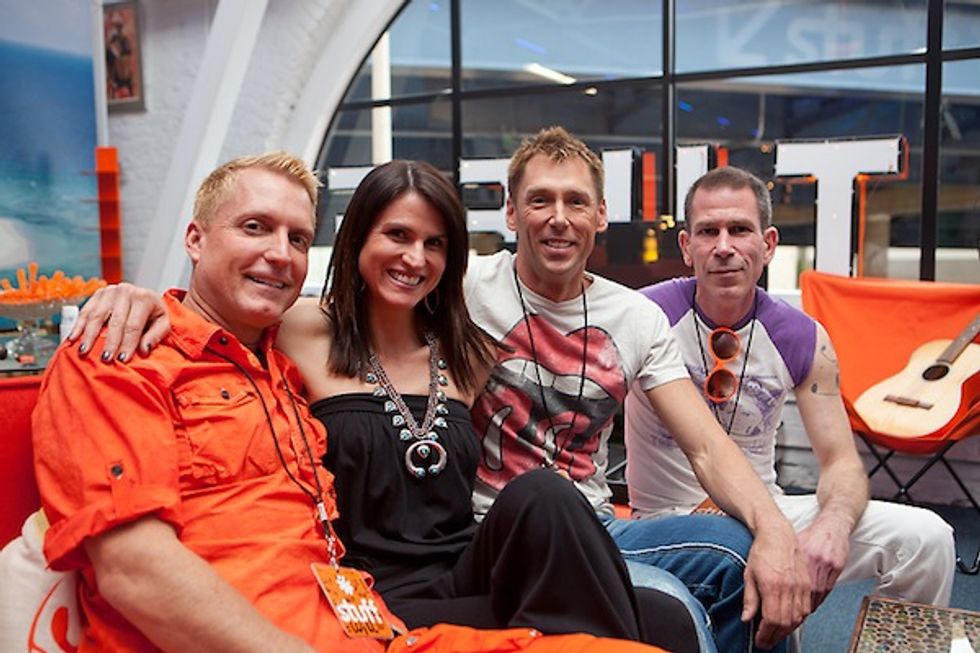 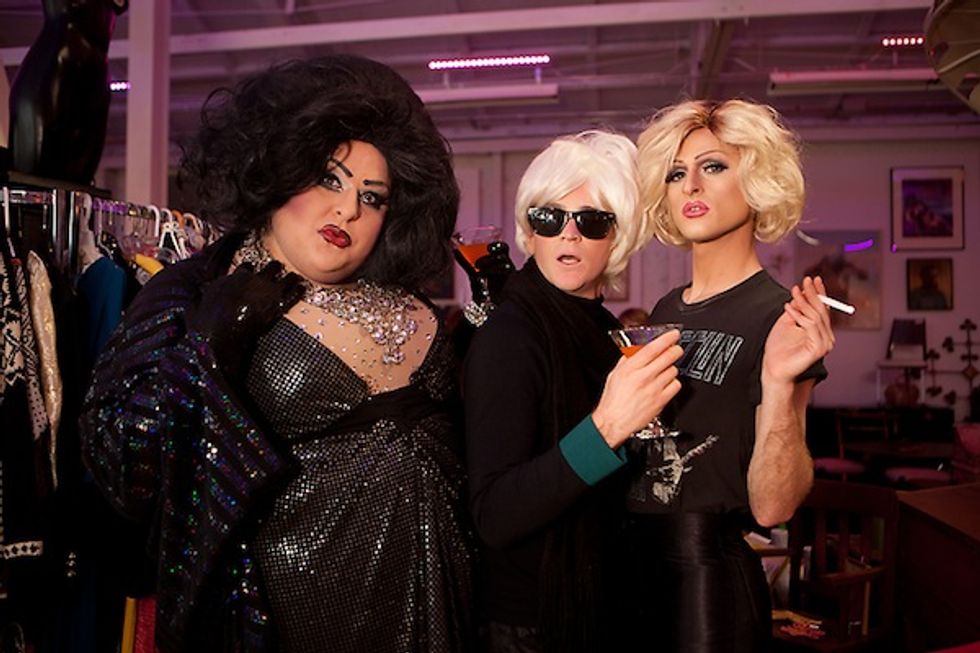 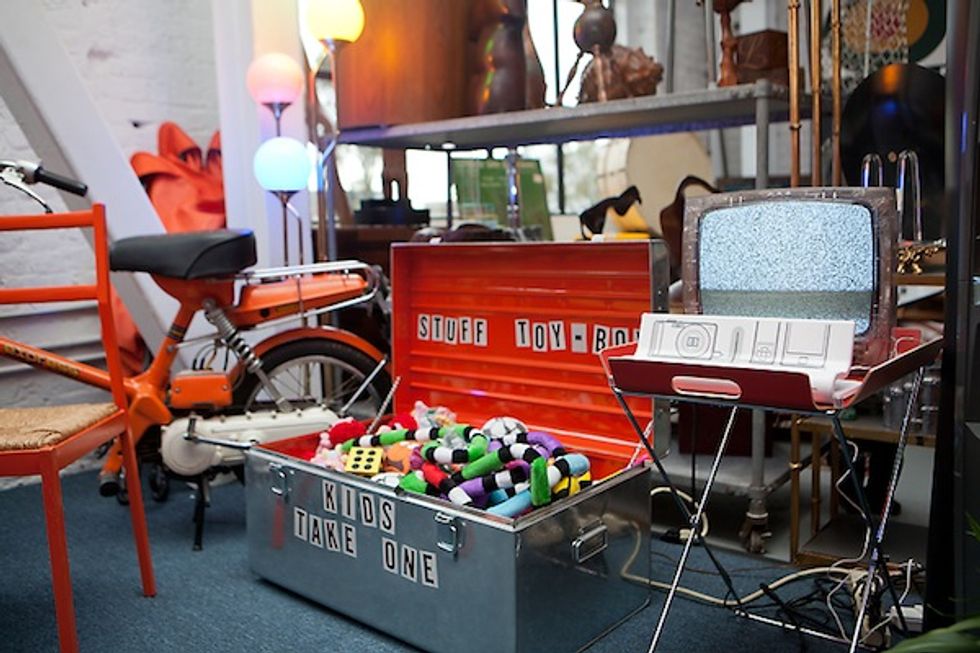 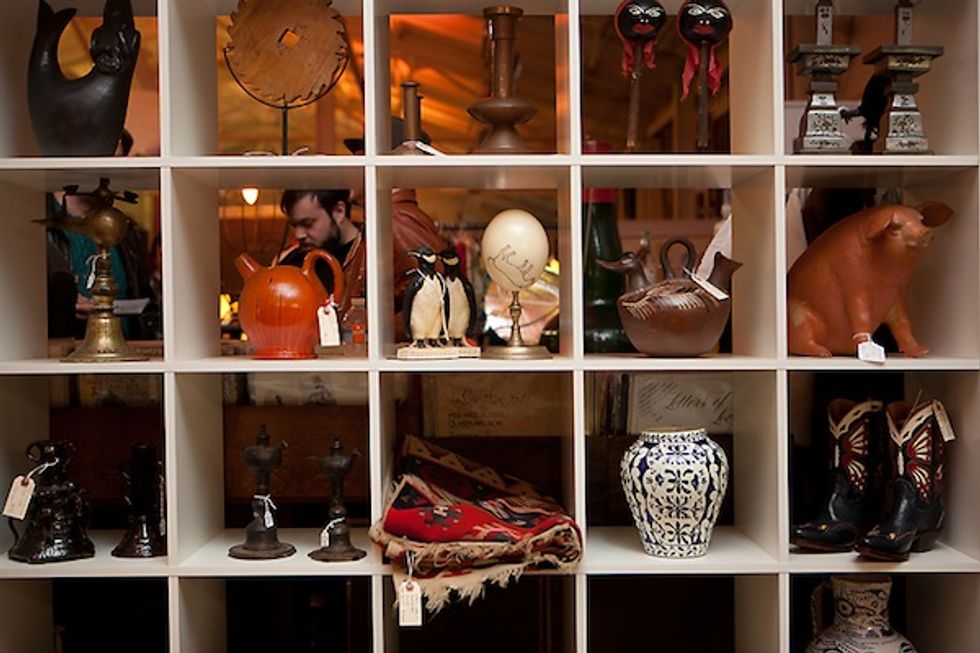 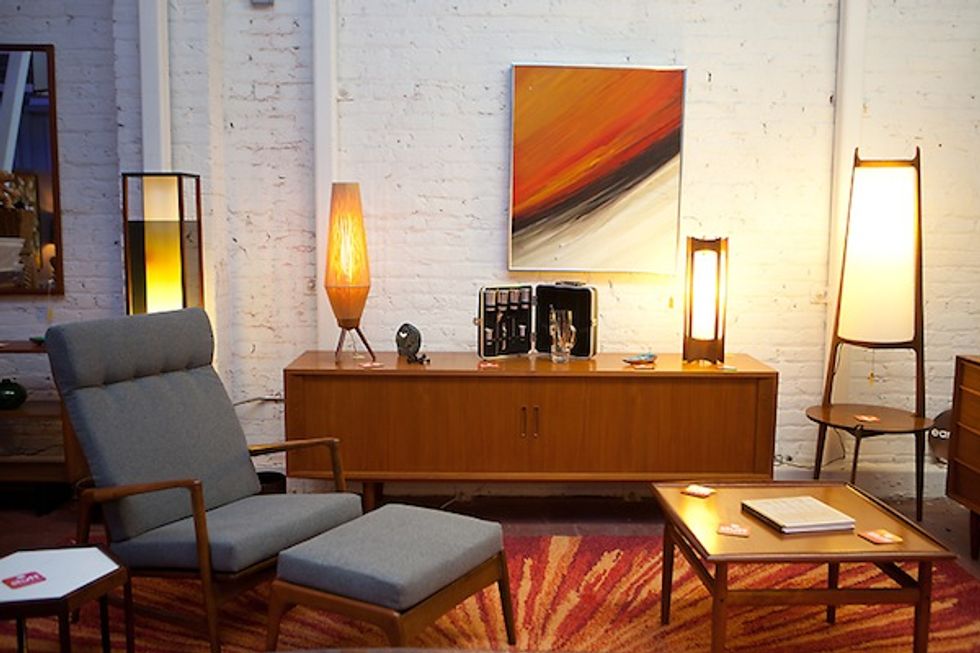 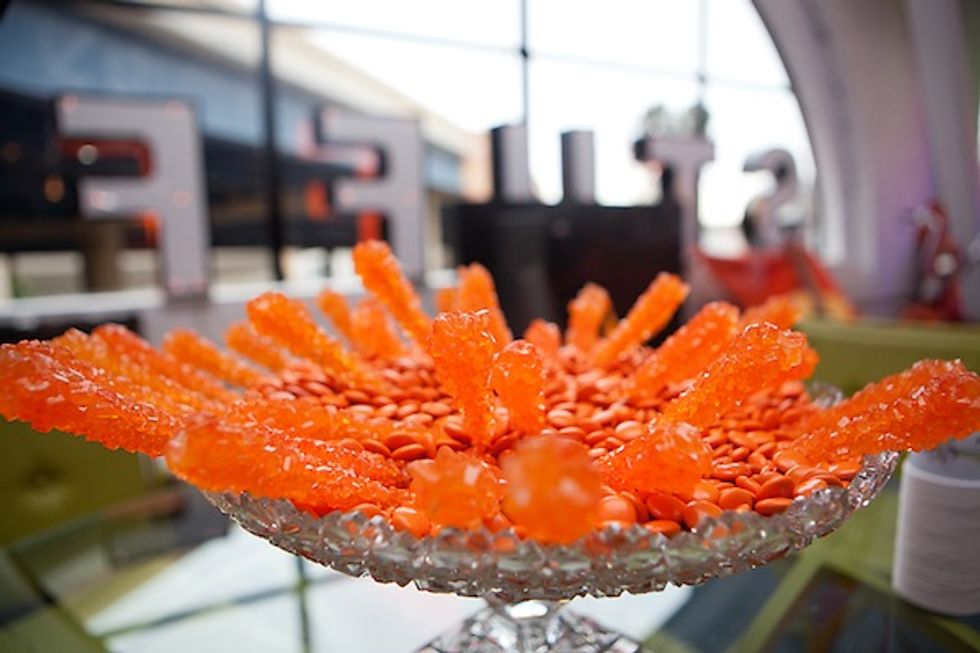 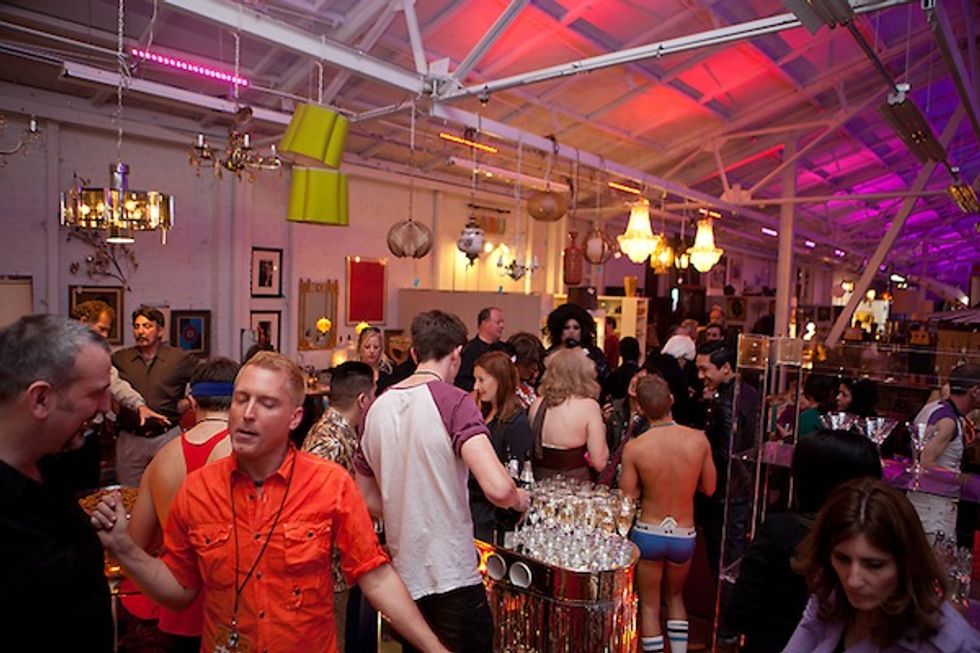 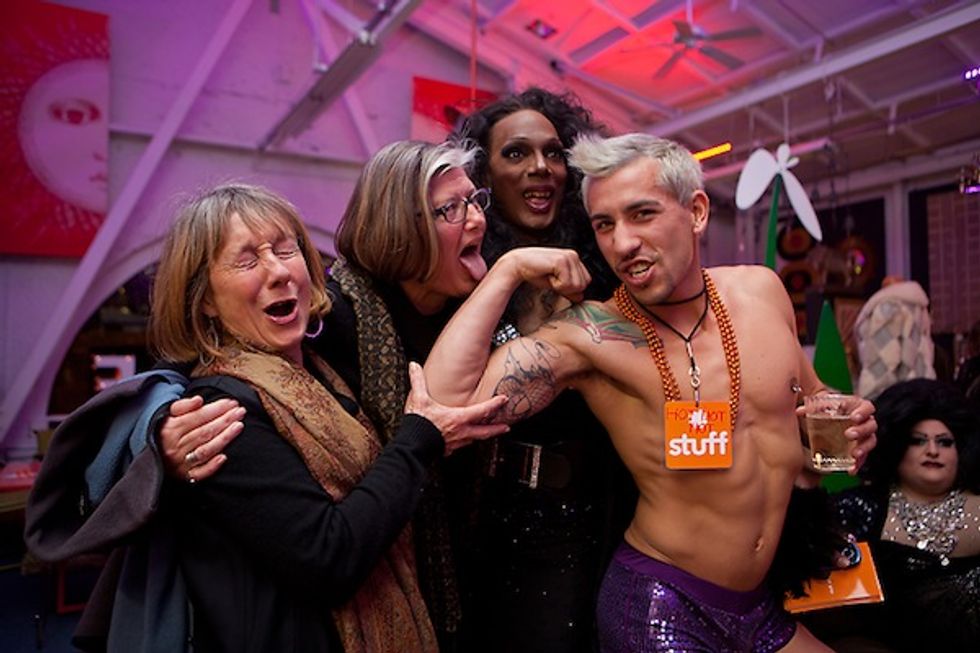 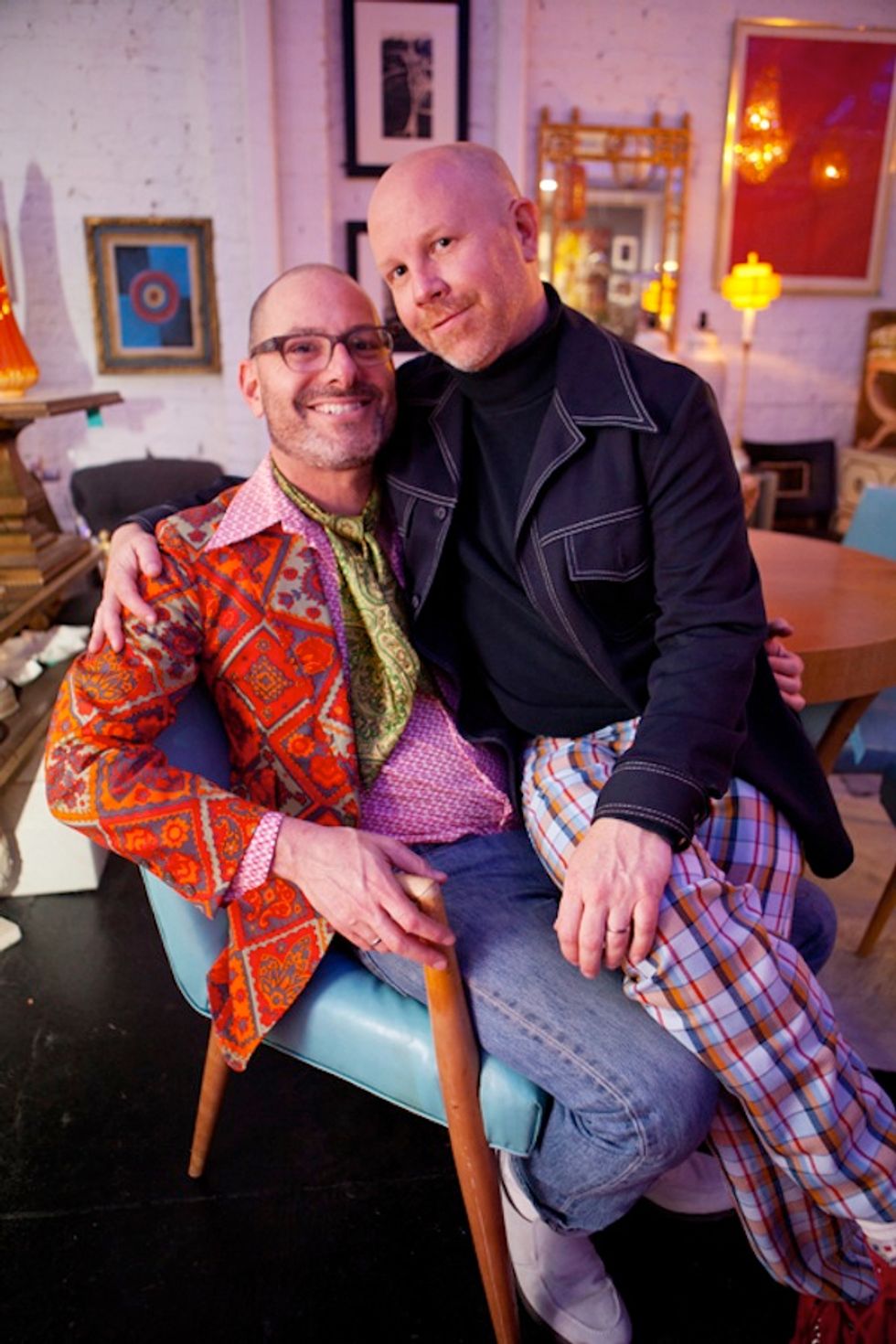 The eclectic crowd included some of San Francisco's most prominent performers including Lady Bear (in attendance as Elizabeth Taylor), chanteuse Veronica Klaus, Bebe Sweetbriar, and Evan Johnson decked out as Andy Warhol. Guests enjoyed delicious bites and the signature cocktail, the Stuff-itini.

Since their beginnings a year ago, owners Will Lenker and James Spinello have displayed a proudly eclectic and unusual curation to amass their collection of vintage and modern offerings, which also includes clothing, jewelry and décor. The new expansion into the upper floor—renamed "Upper Stuff"—increases their space to a massive 17,000 square feet, housing over 90 dealers specializing in everything from mid-century modern furniture to Hollywood Regency.

“The upstairs space was so amazing," says James. “We couldn’t pass up the opportunity to have the largest collective in San Francisco. It’s a dream come true.” Added Will: “This party is our fun way of showing San Francisco our incredible new space and also saying 'thank you' for helping us become so successful!”

Now a major destination for Bay Area interior designers looking for a one-stop-shop, Stuff's customer base was also grown and deepened through fun and unexpected outreach such as Sunday shopping with mimosas, movie nights, one-off flea markets in their parking lot, and their signature art fair, Stuff The Streets. Subscribe to their newsletter here to keep informed of their next signature event.