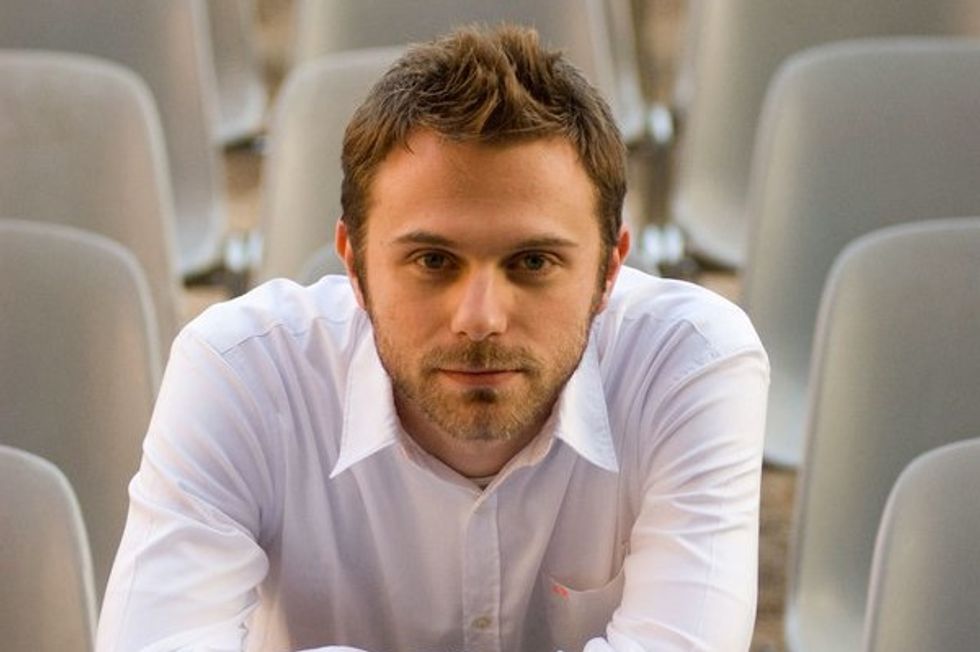 Litquake, SF’s annual celebration of the literary arts, opens its 15th year with a traditional quinceañera. The weeklong festivities (October 10-18)—which include a reading by Paolo Giordano, author of the award-winning novel, The Solitude of Prime Numbers—conclude with the famous Lit Crawl, in which 100 Mission District bars, galleries, coffeehouses, and shops will host readings from more than 850 participating writers.

We get the lowdown on Litquake headliner, fiction wunderkind, and physics brainiac Paolo Giordano.

1. You're a classically trained physicist with a PhD in theoretical particle physics—how/why did you start writing?

I like that definition, "classically trained." Never thought about it that way. Well, I started writing at the time I was graduating as a physicist. My first novel, I wrote it during the first year of my PhD. I think it came as a reaction to the frustration I was starting to feel towards physics and the scientific world in general. Though I enjoyed studying it, it wasn't really the thing I was supposed to do. First, I didn't feel smart enough. The writing was a search for a way out of it. At least, that's how I see it now.

2. Your book, The Solitude of Prime Numbers, is a bestseller and is now being translated into more than 30 languages. What was your inspiration for the story and why do you think it struck a chord with people?

When I wrote The Solitude, I could basically write only about childhood. Everything I produced was about that time of life in one sense or another, as if there was some knot I still hadn't solved about it. The whole novel dealt with the consequences of a peculiar, painful childhood. That's not very unique, probably. A big part of literature circles around that same thing. Painful childhood, it's something we're all able to easily access and comprehend and empathize with.

3. How would you describe your style of writing?

I'm probably the worst person to ask. I can only say what I try to do. I try to make my style accessible to as many readers as possible and, at the same time, to build the story in multiple layers, so that one can search deeper and deeper into it. I think I've learned that with science, that simplicity is always a goal, not a start, and it's the most difficult one to achieve. But that doesn't mean I have yet accomplished any of it.

4. What can we expect from your newest book, The Human Body?

It's a war novel, with many characters and many small stories intersecting each other. To me, it was most of all an attempt to create a portrait of my own generation, as we're approaching our thirties. The way we deal (or don't deal) with responsibilities, the desert that sometimes seems to surround us all. The Afghan war was the best metaphor and setting I was able to find to picture all that. And there's action into it, quite a lot, but it comes only after a long sort of limbo.

5. Is there anyone at Litquake you’re excited about meeting?

I'm very curious about Chinelo Okparanta and I'll make sure to get her book as soon as I get to the U.S. And, did I understand right that Tom Waits will be there? In person? Because I have a longlasting uncurable fondness of him and his heartbreaking ballads.