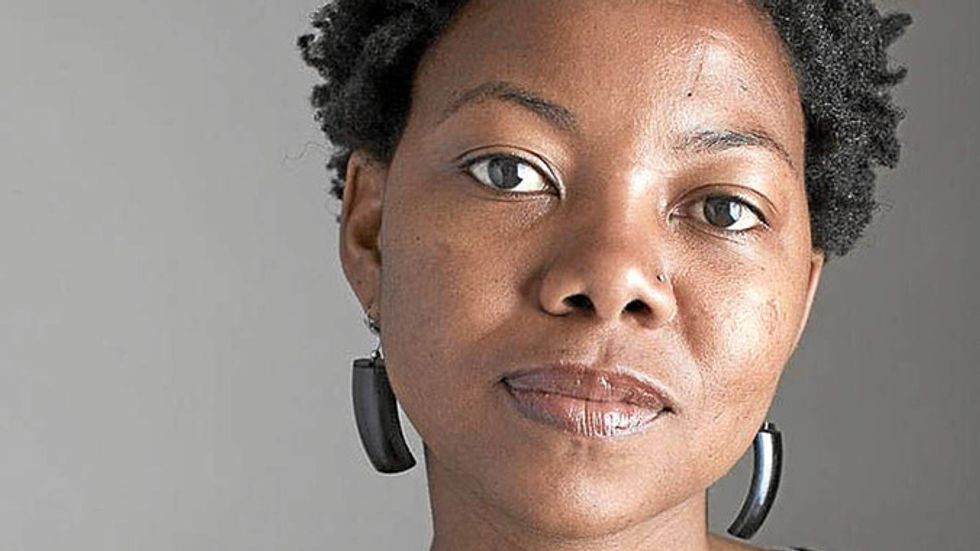 Erin Lindsay McCabe (I Shall Be Near to You)

When the Civil War breaks out, Rosetta Wakefield doesn't want her husband Jeremiah to enlist in the Union cause, but he insists, citing the opportunity to make money to one day buy their own farm. Refusing to leave him, plucky Rosetta chops off her hair and enlists as a man, training and fighting alongside him as both of them try desperately to keep her secret. Inspired by the real-life stories of more than 250 women who fought as men in the Civil War, McCabe's first novel has earned acclaim for its thoroughly researched depiction of soldiers' lives in the conflict.

WritersCorps, which brings professional writers into schools and other settings to teach their craft to at-risk youth, is hosting a multigenerational reading and performance, featuring NoViolet Bulawayo, who's been earning reams of praise and awards for her novel We Need New Names. It's a chance to see current literary stars and potential future stars all in one place.

Winner of the 2012 Notes & Words national essay contest, Lynch's memoir delves into her days as one of San Francisco's first-ever female cops. Raised by a hippie mother in the Haight, Lynch became a pot-smoking Cal undergrad, but was compelled to prove that a woman could cut it as a cop when a court ordered the city of SF to hire more of them. Struggling to find her place in a boys' club, she soon realized an even greater fear: that her mom, who was furious at her for joining up with "the man," would end up on the other end of an arrest she made.

Jonah Jacobstein, a successful Manhattan lawyer, has it all: a partnership on the way, plenty of money, and two beautiful women vying for his attention. But his life is drastically shifted when he has an apocalyptic vision that echoes that of his Biblical namesake, and things begin to unravel. Along the way, he becomes attracted to an intriguing woman, Judith, and must figure out whether or not his visions are real – or dangerous. Feldman's retelling of the Jonah story cleverly reflects modern life through a Biblical lens.