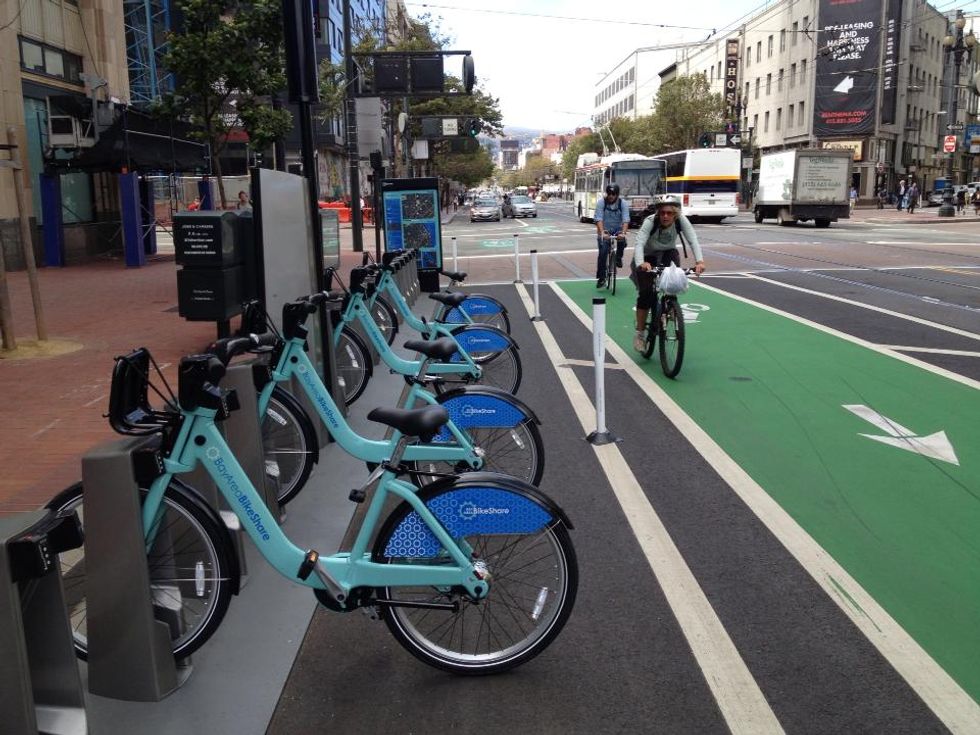 The regional bike share network is starting small, with 700 bikes scattered between San Francisco and San Jose. But there are plans to grow the program to 1,000 by next year and up to 6,000 in the coming years—putting our bike share system on par with New York City’s CitiBike, which is being used by everyone from Brooklyn hipsters to Wall Street workers to celebrities (lots of celebrities).

If you’re one of the thousands of San Franciscans who already has a bike, you might be asking yourself why you’d even need to sign up for bike share. Here are just a few scenarios that I came up with while riding my own bike home last night.

The possibilities for using bike share are endless. Well, not really endless yet, since the stations are mostly around downtown to start, but once it goes big, our city will never be the same.

For now, use bike share. The more people use it, the clearer the message is that San Franciscans want a bigger bike share program. So get a pass ($88 for year, $22 for 3 days or $8 for 1 day) and try it out. It’s not every day that a major city gets a whole new transportation system!