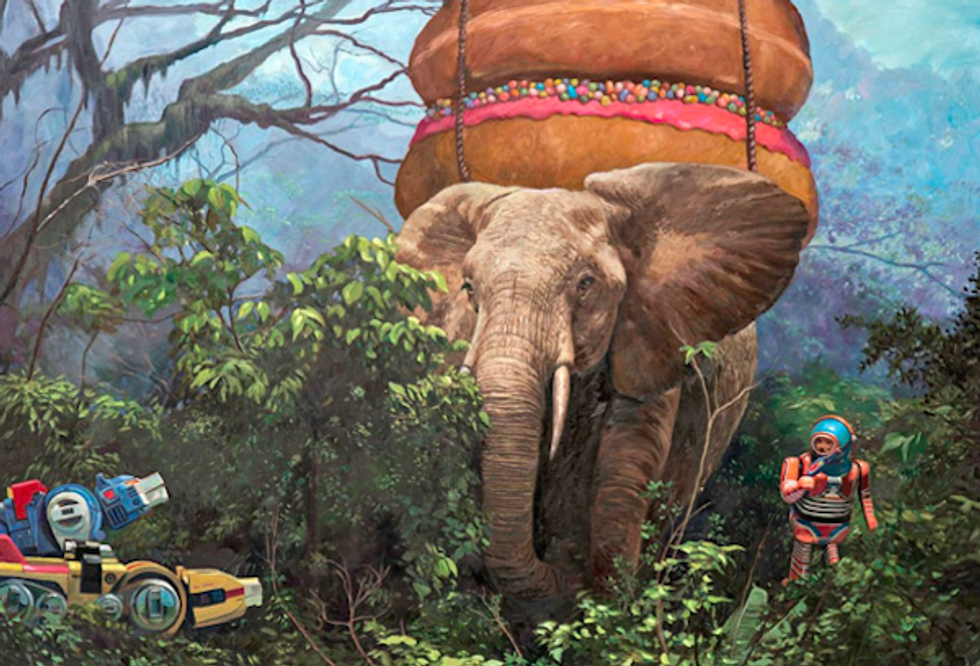 Robots and Donuts: The Art of Eric Joyner at SF Open Studios

SF Open Studios artist Eric Joyner works out of the shipyard at Hunters Point. After years of painting pictures for other people, he decided, “to only paint things that I liked.”

Which meant four things: San Francisco urbanscapes, old newspaper cartoon characters, Mexican masks, and, last but not least, Japanese toy robots made of tin. Joyner soon focused on bringing the robots to life. But in order to not lose their charm, he placed them where they belong: outer space.

“But something was missing,” he says. “They needed a nemesis.”

One evening, while watching actor Jeff Daniels paint a still life of donuts in the movie Pleasantville, he was hit by an epiphany perhaps similar to the one that must have stuck Wayne Thiebaud when he began to paint his famous cakes and pastries, which are now in museums and collections all over the world: a battle scene of robots retreating from 300-foot-tall donuts. “I went to bed that night a happy man,” he says.