After 10 years of community effort and $3.8 million in renovations, San Francisco's oldest park is ready to reveal its ultra-modern new upgrades.

South Park, located off 2nd Street in SoMa and famous for having Cate Blanchett sob on one of its benches in Blue Jasmine, now boasts completely new landscaping, a state-of-the-art children's play area, an accessible walkway, performance stages, and more. Designed by San Francisco-based Fletcher Studio, the new park was finally ready for its close up as SF Rec & Park celebrated the re-opening with a picnic and ribbon cutting on Tuesday afternoon.

"Neighborhoods simply aren't complete without open, accessible, green space for everyone to enjoy from our families and residents to the people who make San Francisco work every day. This park has been a long time in coming to fruition and would not have been possible without the commitment and persistence of so many," said Supervisor Jane Kim.

South Park was considered fashionably upscale when it was built in 1854 to reflect the picturesque strolling parks found in London. The neighborhood was destroyed in the 1906 earthquake, and it wasn't until the early 1980s, when neighbors formed the South Park Improvement Association, that efforts began to renovating the aging public park.

Check out photos from the new park in the slideshow below. 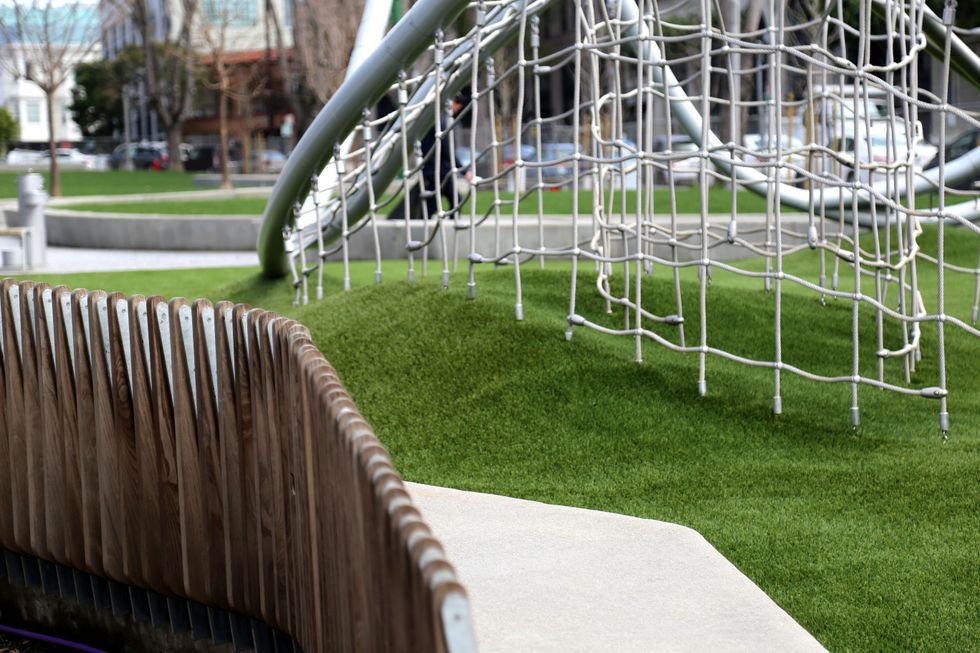 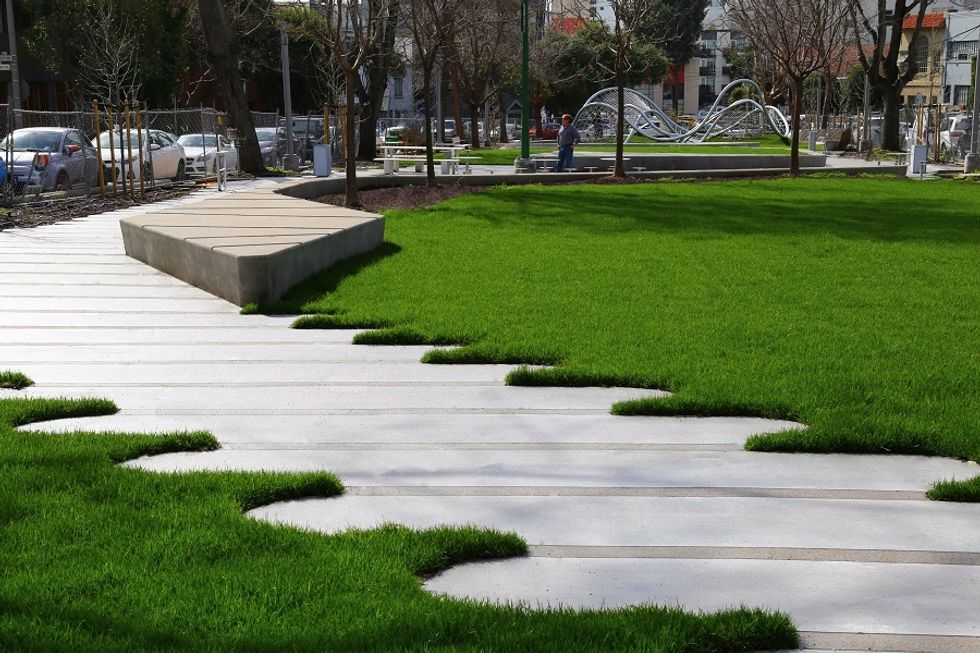 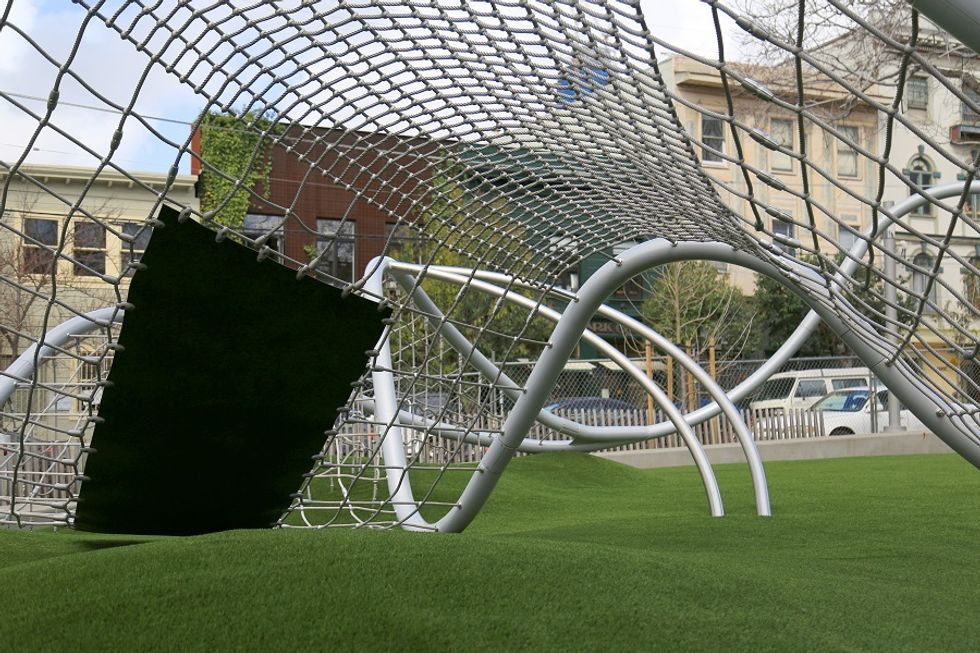 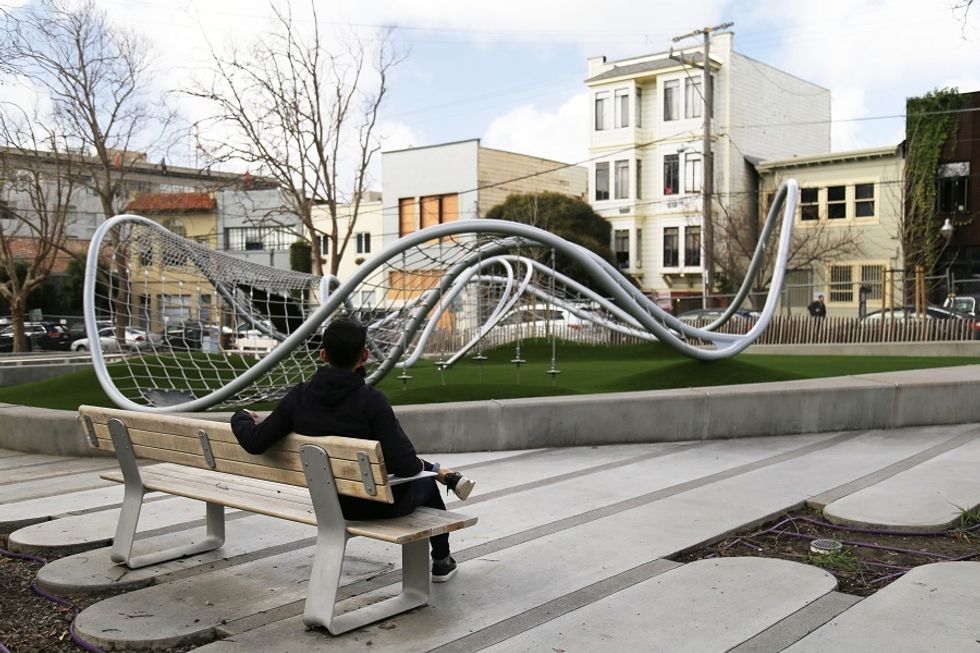 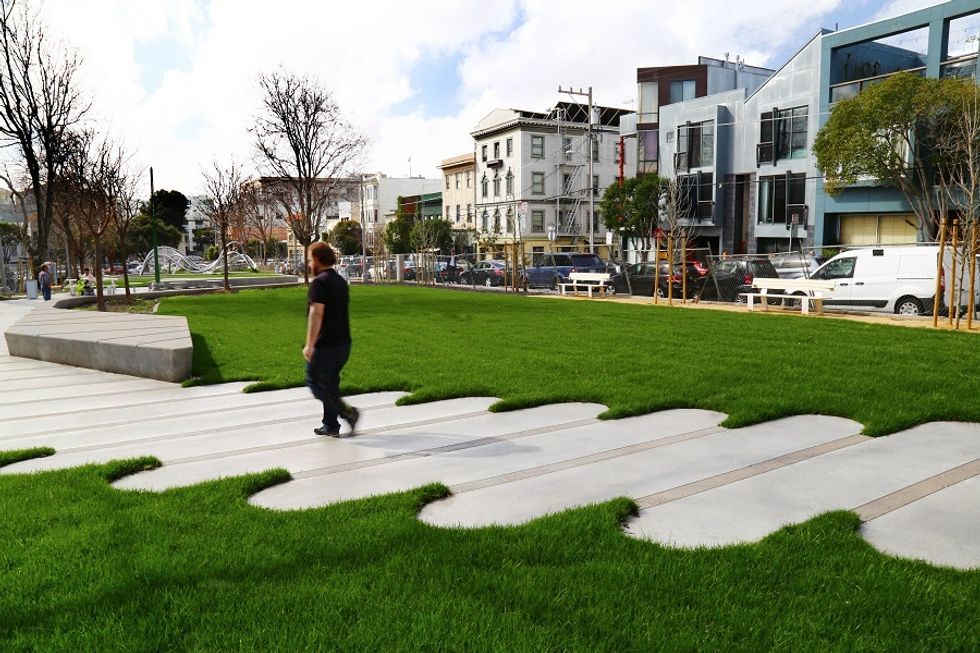 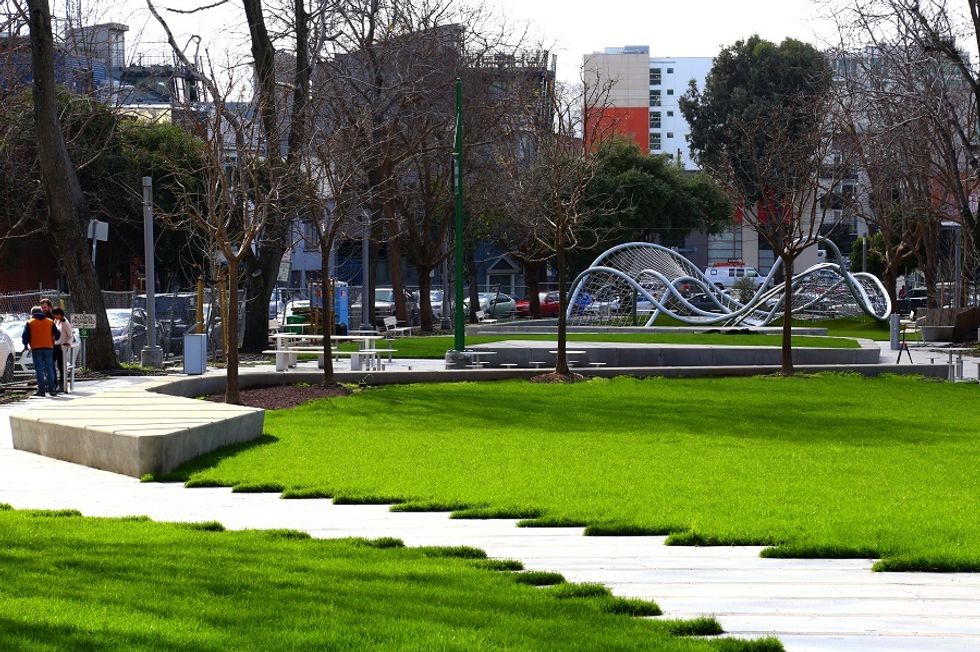 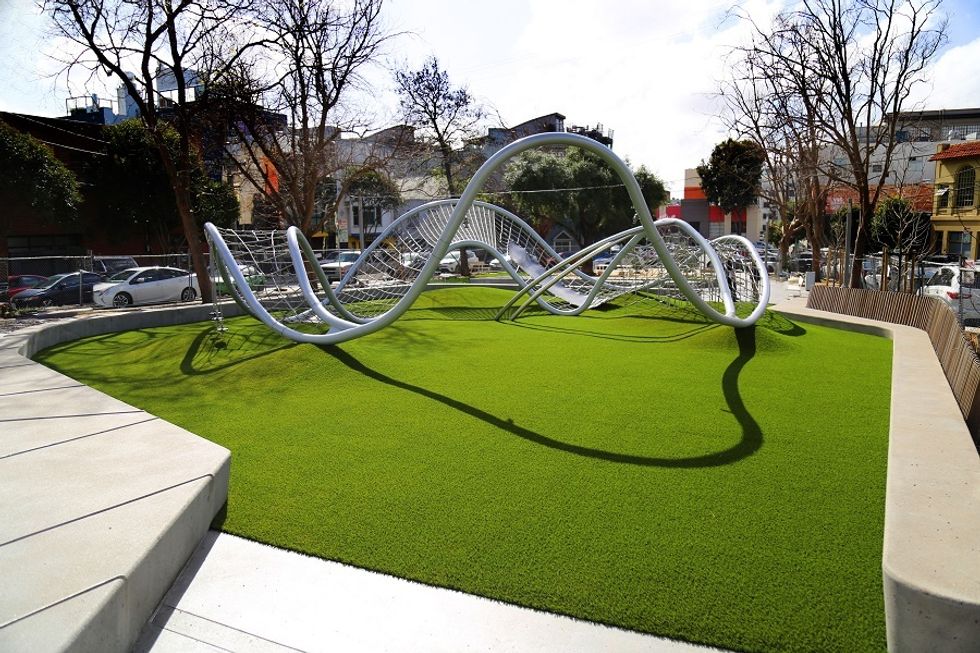 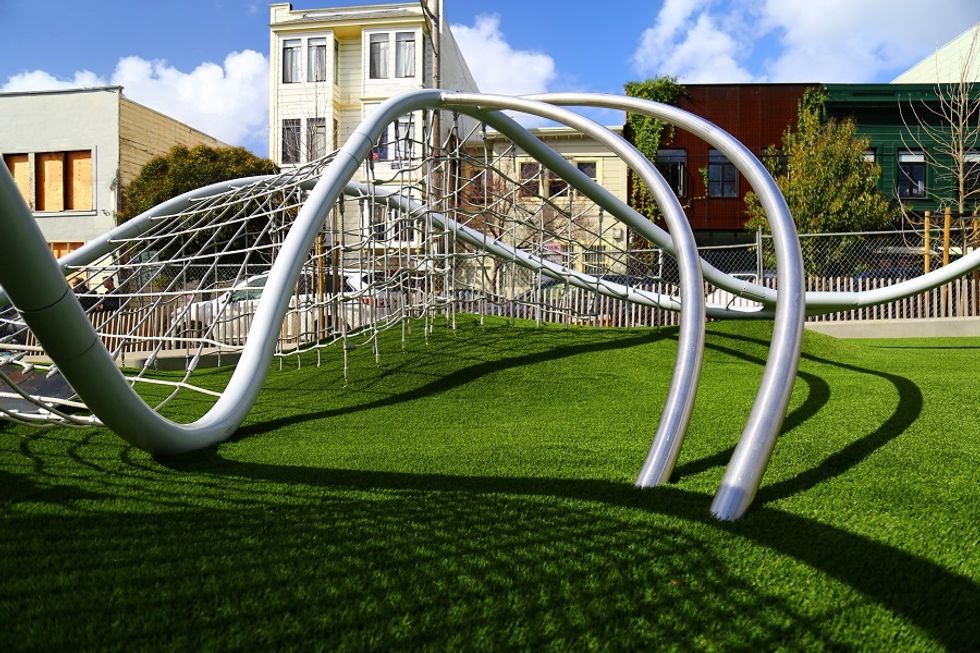 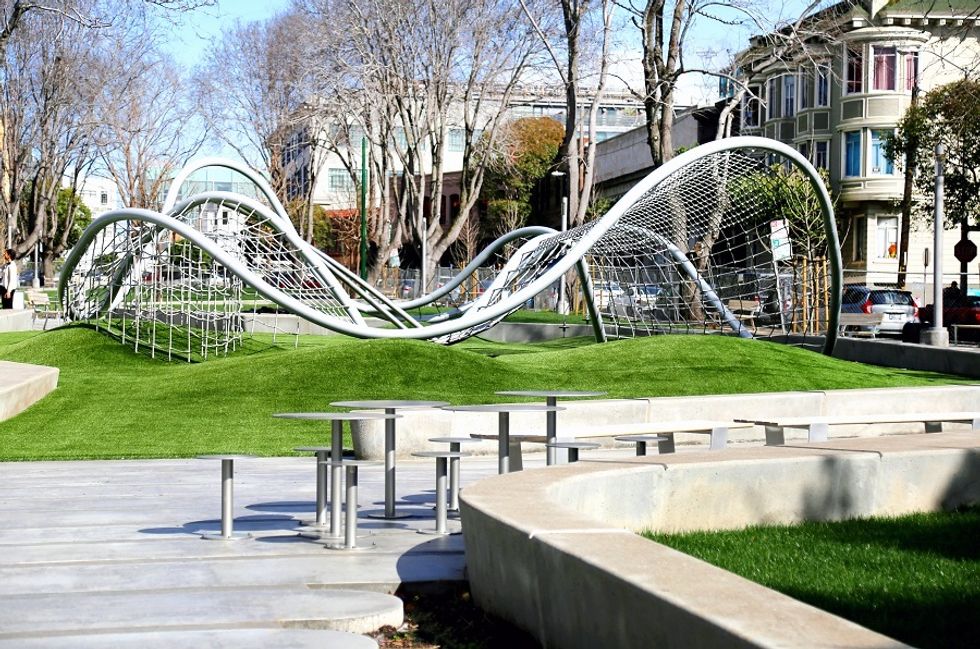