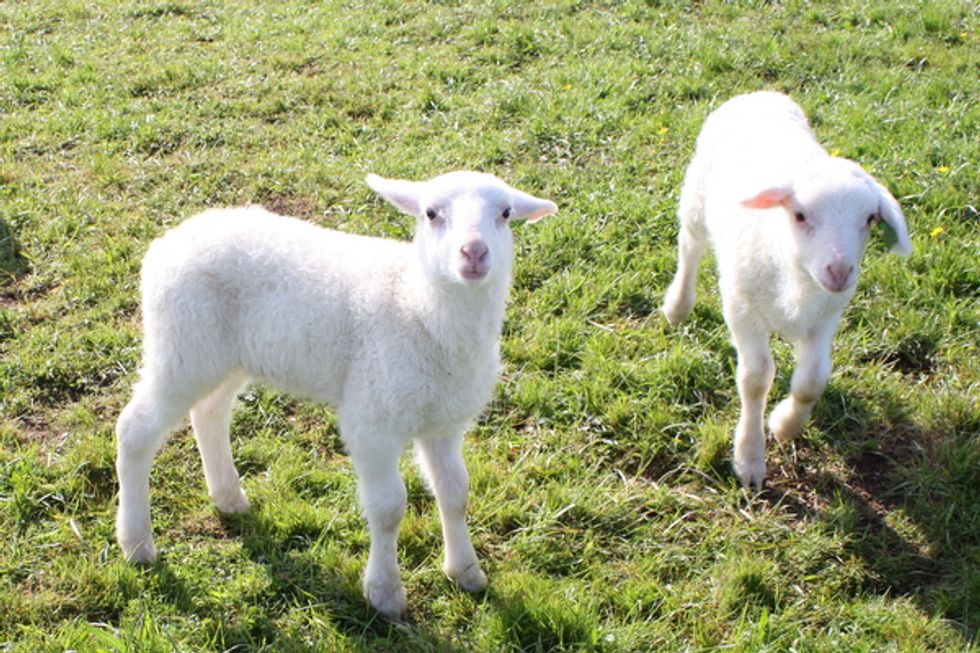 Head north over the Golden Gate Bridge and it’s no secret that in about an hour you’ll be in Wine Country. But did you know, as you head up Highway 101 through the green, grassy hillsides of Marin and Sonoma County, that you’re in cheese country?

Think about it… you’ve seen those happy cows by the side of the road.

An amazing 22-thousand acres of land in Marin and Sonoma are dedicated to making cheese and fermented milk products. And just like wineries, many cheesemakers are open for visits–some on a daily basis, some seasonally or by appointment. The Sonoma Marin Cheese Trail consists of nearly 30 cheesemakers and creameries to tempt your inner foodie. You can download a map marking the cheesy locales or even suggested Marin and Sonoma Driving Tours. And remember, cheese comes from more than just cows, so think about mixing it up a bit. You won’t be sorry.

Breakfast Cheese started it all

The Marin French Cheese Company is the oldest continuously operating cheese factory in the United States. The Petaluma company got its start in 1865 making fresh cheese for San Francisco dockworkers. For some perspective, President Lincoln was in office. The tasty, unripened brie called Breakfast Cheese is still made for visitors today (it also happens to pair nicely with a Lagunitas Stout). All of the cow and goat milk used to make their cheese comes from within a fifteen-mile radius of the factory. They earned bragging rights in 2005, when they became the first American cheese producer to beat the French and other countries in the World Cheese Awards. Marin French Cheese Company is open to the public seven days a week. There are plenty of picnic tables and a trout-stocked pond that make for a perfect picnic spot. Tastings are offered daily, but if you’re interested in taking a tour, call ahead to check on the schedule.

If you want to experience a true working dairy farm, visit Jim and Donna Pacheco's Achadinha (Osh-a-deen-a) Cheese Company. This third-generation dairy family has been in business since 1955. The 230 acres in Petaluma used to be dominated by cows, but now 600 goats strong, the family farm has made some changes that include a new cheese plant to make Donna’s cheese. Everything is done by hand, and great attention is paid to the seasons and the cycles of the animals. You can find her Capricious Aged Goat Cheese, Broncha Cow, and Goat Milk Blend, along with fresh feta and other cheeses at 50 Bay Area farmers’ markets during the winter season. The number jumps to close to 100 during the summer. Ranch tours are by appointment only.

Marcia Barinaga is carrying on a family tradition on her ranch in Marshall, where a small flock of dairy sheep graze 100 plus acres of organic pastures overlooking Tomales Bay. The rich, raw milk is made into a Basque-style cheese by hand, in small batches. Barinaga makes one kind of cheese in two different sizes, with the smaller Txiki aging more rapidly. It also won Best in Show at the 2012 California State Fair Cheese Competition in July. Barinaga Ranch is open for tours at least one Saturday a month. Springtime tours, which sell out fast, offer the added bonus of adorable baby lambs.

Dana visited the cheesemakers on a tour arranged by California’s Artisan Cheese Festival.