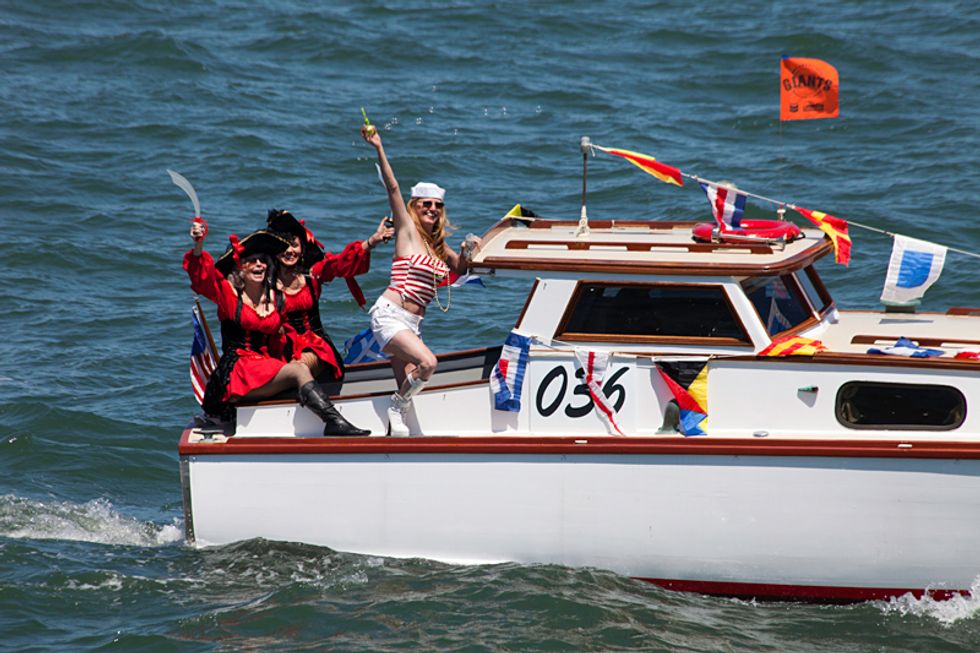 Scenes of the City: Opening Day of Boating Season

Aboard the California Hornblower, onlookers enjoy the festivities and beautiful weather.

With downtown SF in the background, a catamaran makes its way through the bay.

For this week's Scenes of the City, we tagged along on the California Hornblower for a day out on the Bay watching the Opening of the Boating Season parade and enjoying the beautiful weather.

All photos and copy by Joseph Schell

The "Giants tug", as some dubbed it, scooted through the parade.

Parade onlooker stops and stares aboard the California Hornblower.

Every year the parade starts the same way with the SFFD displaying it's water canons.

With the theme "Giants of the Bay" the combo of a whale and the SF Giants cap was a nice touch.

Aboard the California Hornblower the day was a full on celebration.

The scene Sunday morning as we headed out into the Bay.

The Naval ROTC boat passes with a salute from the crew.