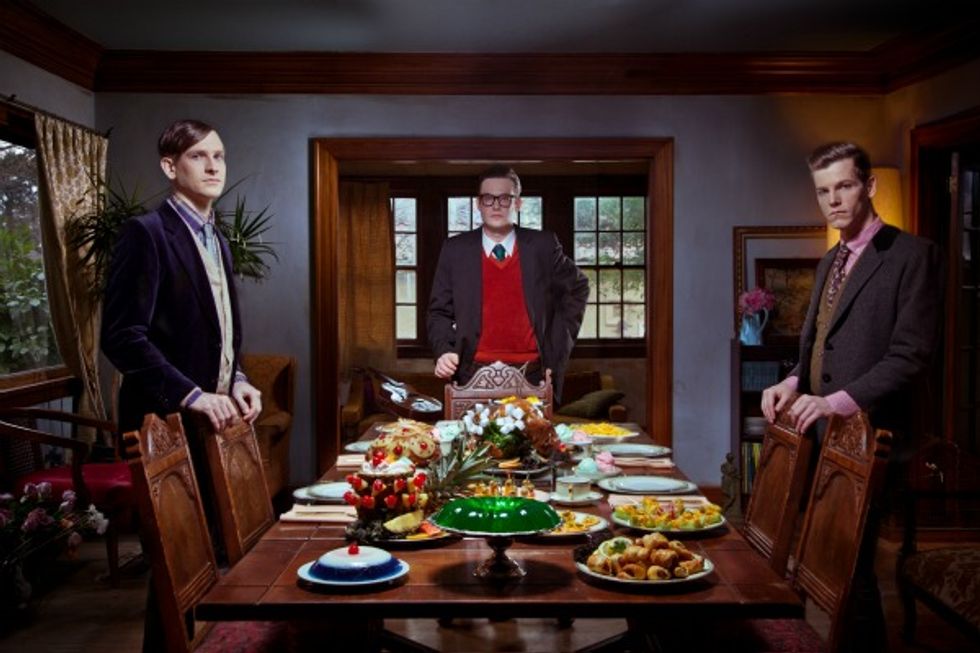 Catchy, upbeat, danceable, addictive - Portland-based electro-pop group Starfucker (or STRFKR to some) is on the up-and-up. They took a minute to chat with us before swinging through the Bay Area later this week.

Welcome back to San Francisco! What’s been happening with you guys since the last time you were here?

Thanks! Last time we were there it was Outside Lands and that was our first tour with this lineup. Patrick, from the band Strength, is the newest addition. We have been touring a bunch. I am working on new music right now.

You just wrapped up your first European tour, have any great stories from the road?

I (Joshua Hodges) got punched in the face by a Romanian Taxi driver. I think he thought I insulted him because I said "fuck" to Keil. He seemed to only understand that word and he didn't like it. I think punching there is like a handshake here though, so I take it as a compliment.

On Twitter, Starfucker once tweeted “Oh man, it’s always so hard to leave San Francisco.” Tell me three things you love about SF.

It's like a happy New York or something. It feels like a playland. Good food, good coffee, and thrift stores.

You’ve played at various venues in San Francisco, which one is the best?

Bottom of the Hill, because the people who run it are amazing.  I love Great American Music Hall. We played a place called the Eagle which is now closed I think (sad), but that was great too. The Fillmore is cool but we've never played there.

What’s your favorite San Francisco band of all time?

I like Anticon (the Oakland-based indie record label). Why? is one of my favorites.

Are you guys hooked on Rdio, Spotify, Soundcloud, iTunes? How do you find new music these days?

I don't even know how to type. I stay away from computers. My dad tells me about new music. The most recent Steely Dan is supposed to be good but I haven't checked it out yet.

You're originally from Portland, tell us a must-do for any local or visitor.

When I used to go out, and I used to like going to Darcelles XV. My uncle is Liza Minnelli in the show there.