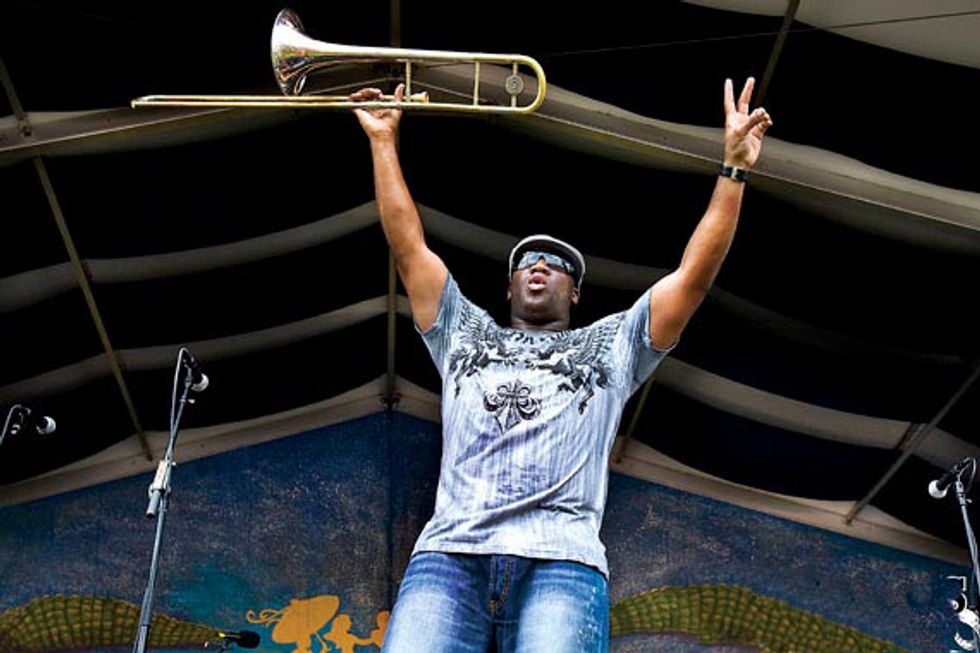 SF JAZZ Does the Big Easy With "A Night in Treme"

The musical culture of New Orleans has never been more honestly displayed than in HBO’s series Treme. David Simon and Eric Overmyer’s gritty, lyrical drama shows residents of the Crescent City remaking their homes following the devastation of Hurricane Katrina. Musical performance has become a central feature of the series, which goes into the Treme neighborhood, home to Congo Square and the birthplace of jazz. This month, the Big Easy makes a local appearance courtesy of SFJAZZ. The concert “A Night in Treme” showcases notable artists from the acclaimed first season of the show, including the Rebirth Brass Band, trombonist Big Sam Williams, Mardi Gras Indian Chief and alto saxophonist Donald Harrison, and others who will come together on stage.