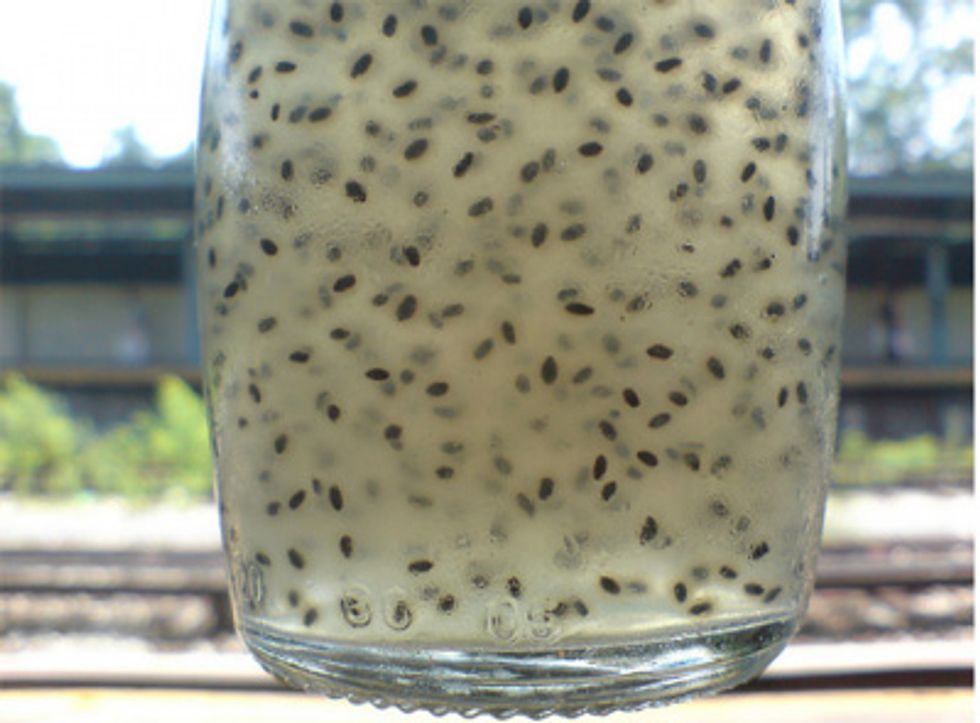 I first slurped up some basil seeds last year at the Culinary Institute of America at Greystone. The school was hosting a World of Flavors conference on Japanese cooking and a ridiculously hip chef from Tokyo presented me with a little cup of basil seeds on top of soy milk custard and sea urchin—a textural delight for me, but one that could have easily caused another person to run screaming for their mother.

Basil seeds, when put in water, puff and turn slippery. They have a mild flavor but it's really all about the gelatinous-crunchy mouthfeel, as chefs like to say. Though they're used medicinally in some countries and in Southeast Asian drinks and desserts, I'm seeing them used by chefs here more and more.

Last week I was at Manresa to experience it's remodel and chef David Kinch's farm-driven menu, and out came a selection of tomatoes, all laced with little puddles of the seeds. At Blue Plate just a few nights later, I was served an heirloom tomato salad with a pecorino panna cotta and an opal-basil vinaigrette—with basil seeds! (By the way, Manresa also had a savory panna cotta on its menu. Coincidence? Hmmm.) At Saison, chef Joshua Skenes has taken the basil seeds to a delicate dish of summer vegetables, including corn pudding and a basil-tomato aspic. And at Fifth Floor, pastry chef Francis Ang has served a dessert of rum baba with pineapple three-ways, kaffir leaf-coconut sorbet and basil seeds.

Should you want to get your basil seeds in liquid form, Vietnamese food truck Little Green Cyclo sells a basil-seed drink with dried logans and grass jelly. If you'd prefer to whip up your own drink, there are recipes all over the internet. This article on Serious Eats gets to the nitty-slippery of the seed itself.