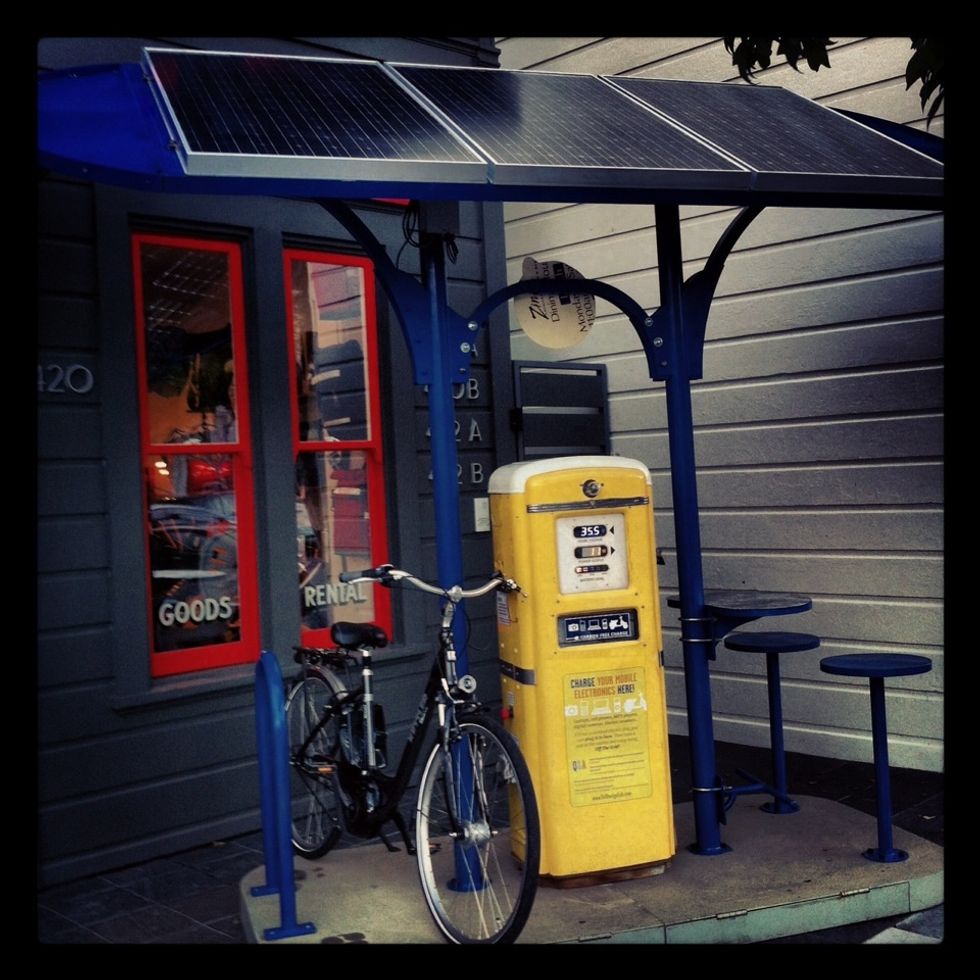 Solar Recharging Station in Bernal Powers Your eBike and iPhone

Across the globe, the pedal powered movement is going electric. Simple electric-assisted bikes are being used everywhere from bike tours through the Alps to everyday bikes for hilly cities. Here in our own hilly city, Bernal Heights’ e-bike shop, The New Wheel, is leading the charge. Last week they added a new addition to their electric fleet: A solar-powered charging station to power your e-bike—or any other battery product that needs some juice.

The New Wheel owner Karen Wiener describes the SolarPump as a “public power station” that anyone can use, free of charge. The only stipulation, she says, is that’s it’s BYOP (bring your own plug). The station can charge up to four e-bikes at a time, giving these battery-assisted bikes enough juice to make it up the steepest of San Francisco hills. On average, The New Wheel’s e-bikes run 60 miles on a single charge, though a full assist up Twin Peaks might knock that down a few miles per solar.

Check out this video that shows the power of the e-bike to cruise up San Francisco hills. The SolarPump is the brainchild of Beth Ferguson, director of Sol Designs, who designed it for music festivals. It’s been used at Coachella, South by Southwest and will be heading to Outside Lands this fall. The station itself made from the hollowed-out belly of a 1950s gas pump, a fitting shell for something that powers an automobile alternative.

For now, it’s on loan to The New Wheel, and anyone who wants to coast on by with their e-bike or plug in their laptop or phone. While it’s charging your phone, pop into The New Wheel and test ride one of their e-bikes. You might just find yourself the new pedal-powered revolution. And this revolution is, in this case, solarized.