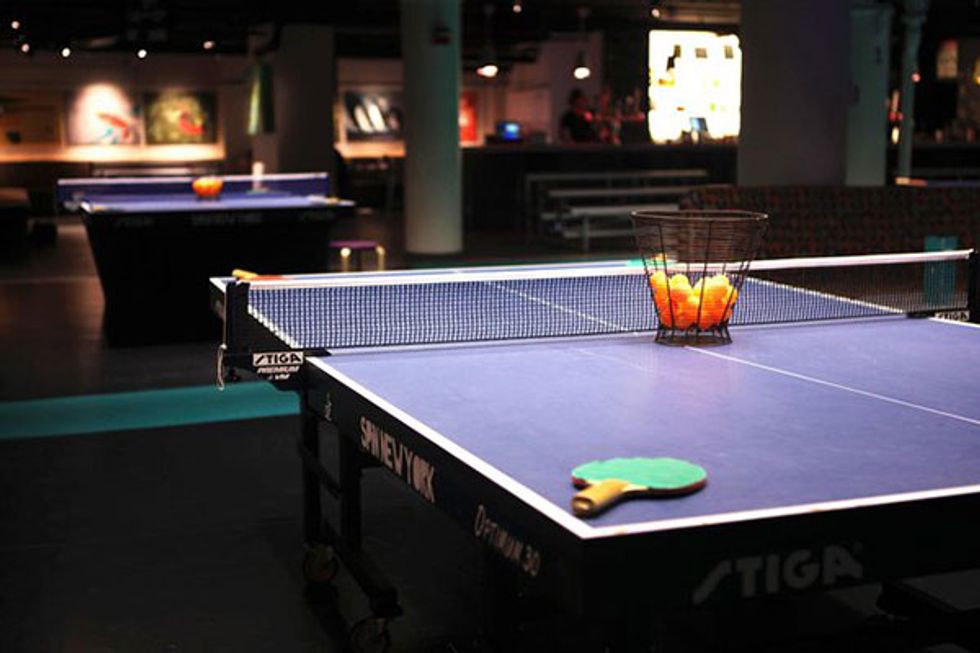 Susan Sarandon Is Opening a Ping-Pong Bar in SoMa

Start practicing your backhand: The self-described "ping pong social club" Spin is making its way to the Bay Area.

Joining a bevy of adult playgrounds currently saturating the Bay Area (see also Plank in Oakland, Urban Putt, and Mission Bowling), Spin, which is owned in part by Susan Sarandon, is scheduled to open at 690 Folsom Street this winter.

In the futuristic building at the corner of Folsom and Third, Spin will have two bars, a kitchen, multiple private rooms, and 16 ping pong tables. No official menu has been released for the San Francisco outpost, but you can expect bar-friendly fare such as hot dogs, pizza, and sliders along with a full menu of liquors and cocktails.

Customers can book tables by the hour, and group rates are available for parties. Similar to Urban Putt and Plank, Spin is open to anyone during the day, but evenings are restricted to ages 21 and up.

SoMa will be the chain's sixth global location, joining ones in New York, Toronto, Los Angeles, Brussels and, coming this fall, Chicago.