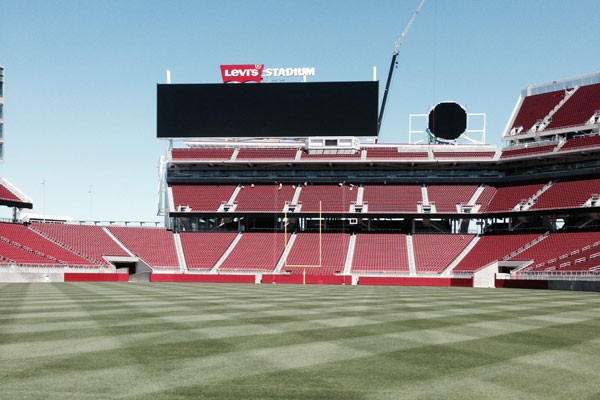 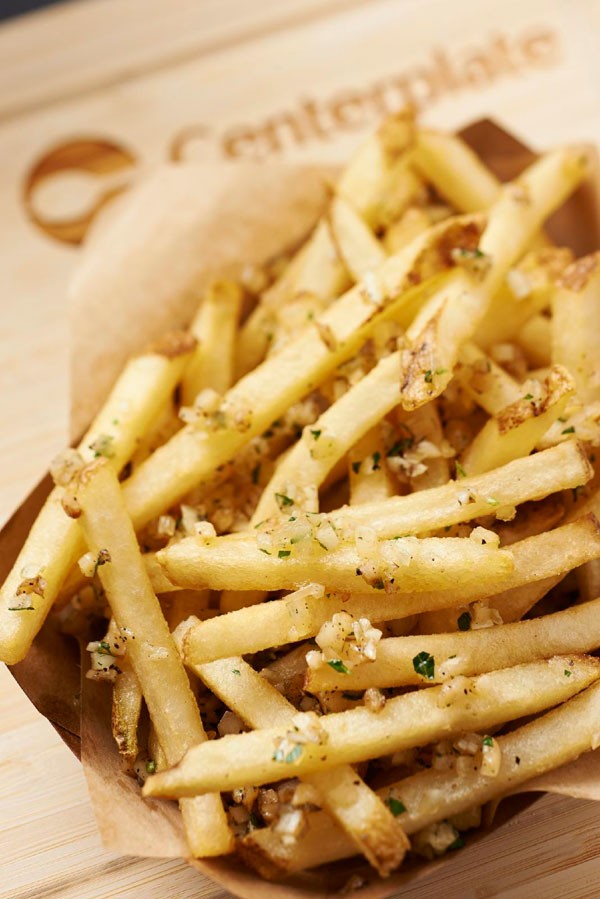 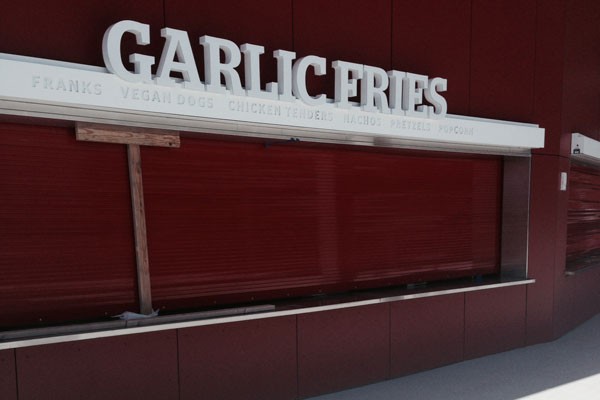 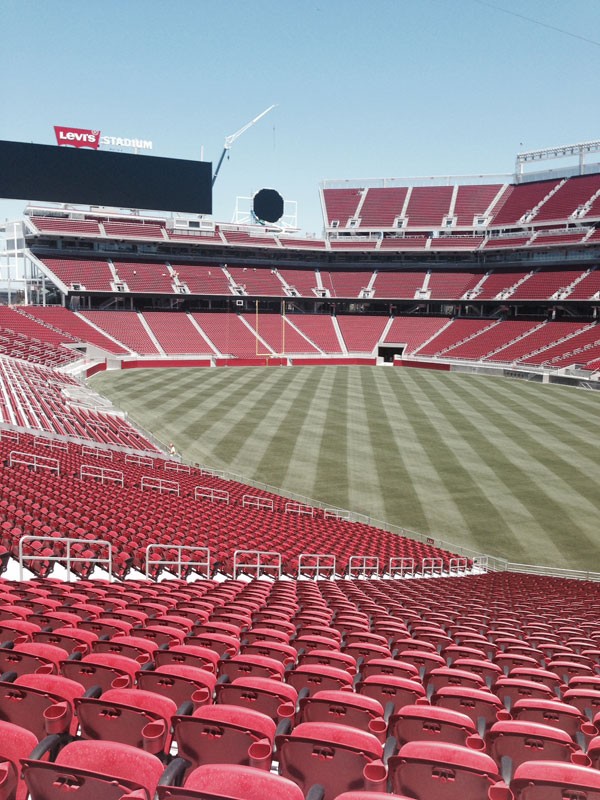 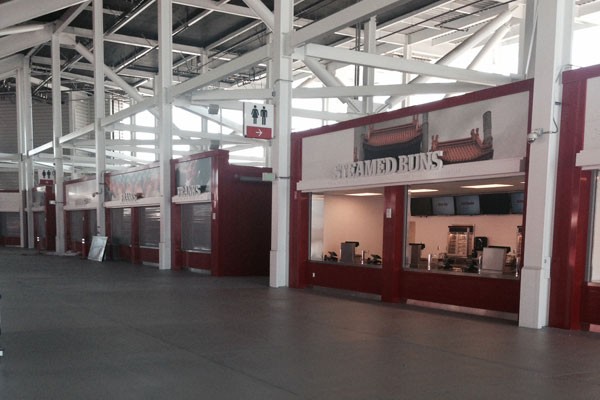 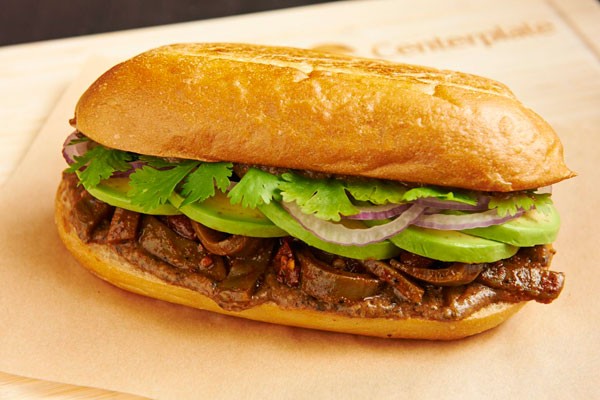 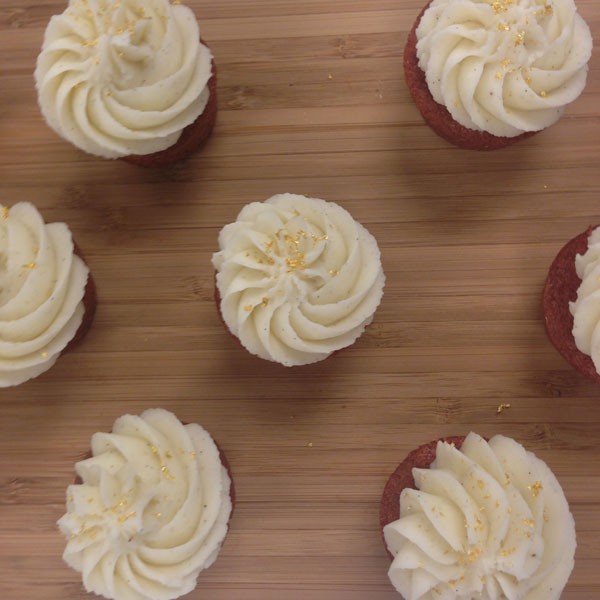 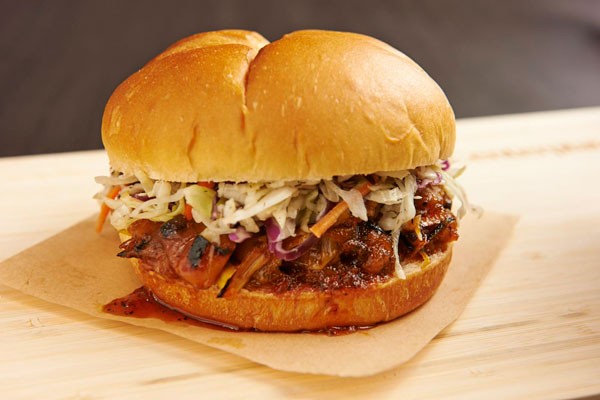 You might get a little confused driving up to the new home of the Niners in Santa Clara. At first glance, Levi’s Stadium looks a lot like a Levi’s store—especially since there’s nary a 49ers logo in sight—but you won’t find any denim wares inside the foodie haven (which also happens to host football games).

The intimate stadium—it feels smaller than other NFL venues I've been too— is also marketing itself as a culinary destination. As in the food offered at the stadium is so good, you won’t feel the need to stop and eat before the game. All the general concession offerings are planned and cooked by Centerplate, the culinary masterminds behind over 300 venues worldwide, including the famous garlic fries at AT&T Park.

“Our mission was to bring Bay Area food standards to Levi’s,” Mike Dubie, Centerplate’s Vice President at the stadium, told me. “And that means quality and freshness.”

As part of the program, 85 percent of the food products used in the stadium’s general concession stands were grown in California, and a whopping 75 percent within a short 150 miles of the stadium. Plus, the stadium will be the most vegan friendly venue in the world.

But back to the actual food. To come up with the menu, Centerplate polled hard-core Niners fans to see the categories of food they'd expect to see, and hoped to see at the stadium. Aside from the staples—burgers, franks, and garlic fries—guests also wanted to see ethnic food of the Mexican, pan-Asian, and Indian variety. So along with ballpark standards, Levi’s is also offering Rajisthani lamb, tikka masala, and kale curry, three different kinds of steamed buns (Peking duck, pork belly, and portobello mushroom), as well as vegan tapas and barbequed jackfruit. Oh, and in case you were wondering about the garlic fries—made with fresh and roasted Gilroy garlic—they're on point.

All the grub options will be available everywhere in the stadium, so you don’t have to wander too far from your seat to find what you want. The concession stands are a bit like Disneyland—where large white letters announce from 300 yards away what the offerings are, and a smaller strand of text below lists the five most popular items. The aisles are large and expansive to accommodate orderly lines and every stand will be serving up cold brews as well. On a busy day they’re expecting to serve up over 5,000 burgers; 1,300 pizza slices; 7,000 hot dogs; and 11,000 garlic fries, but with one-third the wait time as you would expect at Candlestick.

As for the booze, 52 taprooms line the concourse of the stadium with 40 varieties of beer including craft options, and 15 types of California wine. Plus (shocker!), there will be FULL SERVICE BARS! Yes, you can now buy whiskey at a sporting match, and yes, even when we play Seattle.

Last but not least, the stadium will also be rolling out an app later this year (because, really, the Niners can’t be the only people in Silicon Valley without an app) that will allow ticket holders to order delivery. That’s right, order a frank from your nosebleed seats, and someone will deliver it to you! This is why America loves football. See you at the game!