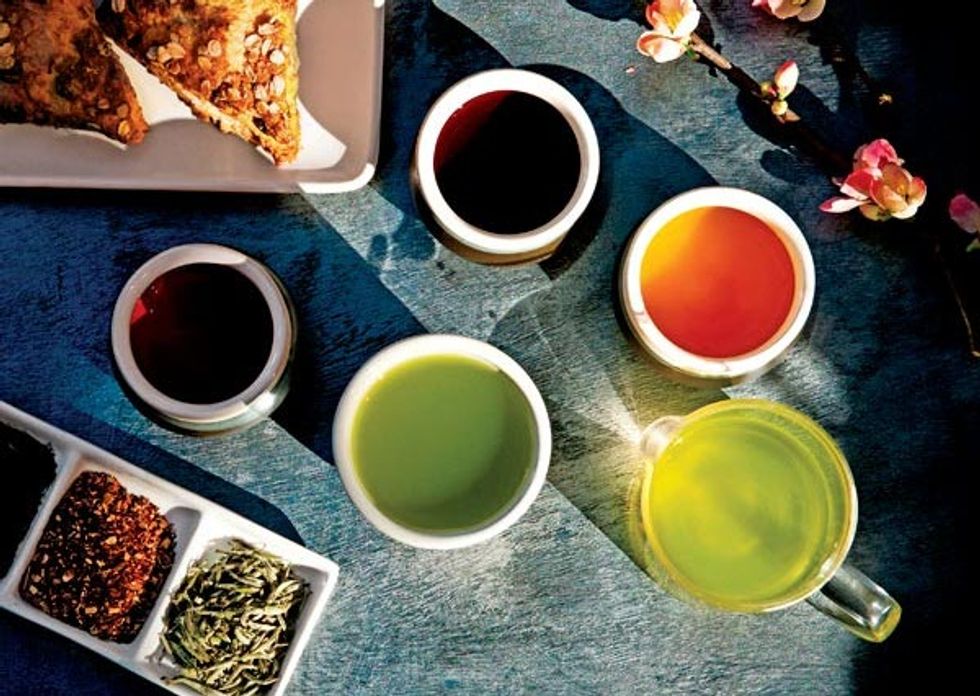 Tea is the new coffee. So says Jesse Jacobs, 42, the Samovar Tea Lounge owner who’s opening a new concept store on Valencia Street in April, a few doors south of Four Barrel Coffee. Inspired by said neighbor and its ilk, as well as by the lack of easy tea options, the loose leaf evangelist is taking his beloved drink to third-wave level. “Tea has been esoteric, fussy, Victorian, zen—it’s not an accessible offering,” he says. “I want to make tea as habitual and as everyday as coffee—a utilitarian, handcrafted, delicious cup.”

The new Samovar Tea will be a dramatic departure from Jacobs’ other three locations, which are colorful places to plop for hours. By contrast, the new Mission shop will be a clean, modern shell designed to serve as “a backdrop for the brewing process,” says Jacobs, and to get you in and out quickly. Instead of that usual cappuccino to go, latte lovers can grab a wonderfully nuanced chai, which simmers all day in handmade copper urns, or a shot of creamy, grassy matcha. For hardcore tea aficionados, Jacobs will
offer reserve teas, such as shade-grown Japanese Super Uji matcha at $25 a bowl.

The service may be fast, but the process is more slow food, with teas brewed in 18-inch glass test tubes calibrated specifically to the temperature, time, and brewing technique of each of Samovar’s best-selling herbal, green, black, oolong, pu-erh, and seasonal infusions, all available by the cup.

While corporate tea chains are bubbling up all over—DavidsTea has opened five Bay Area locations in the past two years, and Starbucks’ recent acquisition, Teavana, is planning 1,000 North American locations—artisanal tea is having a moment here. You’ll find loose-leaf Chinese teas in bulk at newly opened Chamalyn. And Long Now Salon, the Long Now Foundation’s library/cafe slated for an April opening, counts its Founders Tea Club among the perks for members, who can taste a 25-year-old Suncha pu-erh tea selected by Jacobs himself. Plus, Jacobs hopes to open Samovar Tea shops throughout the city. Meanwhile, forthcoming Cat Town Cafe and KitTea promise service with kitty companions. Sounds like there’s a movement brewing.