The #7x7Style Finalists Are In! 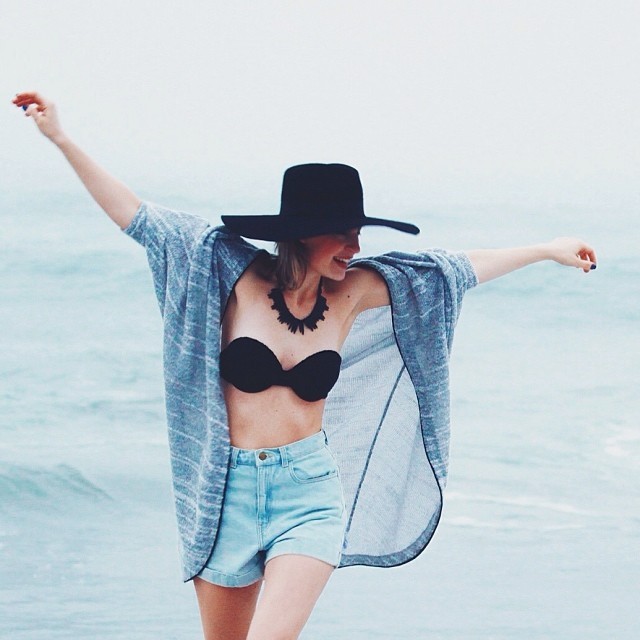 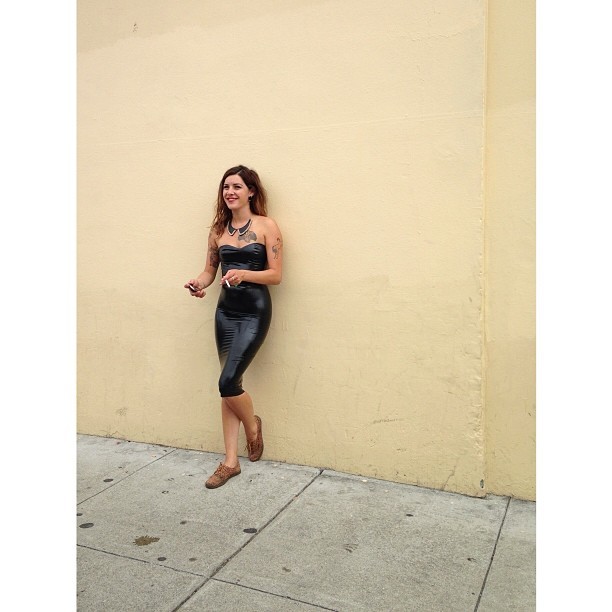 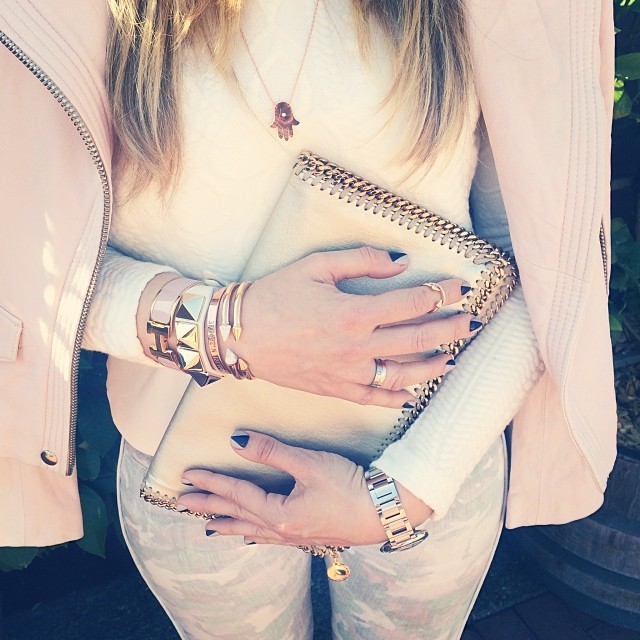 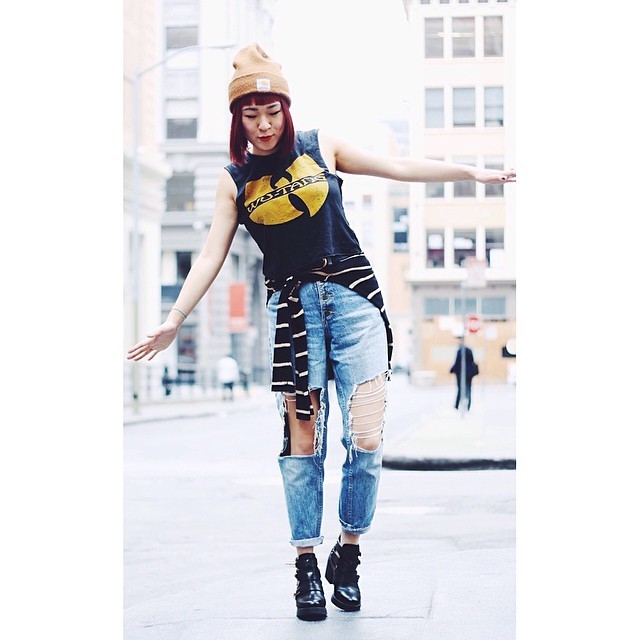 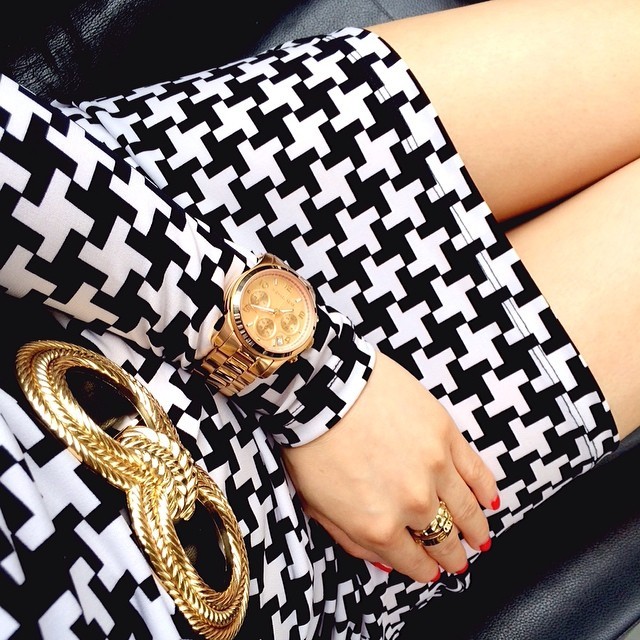 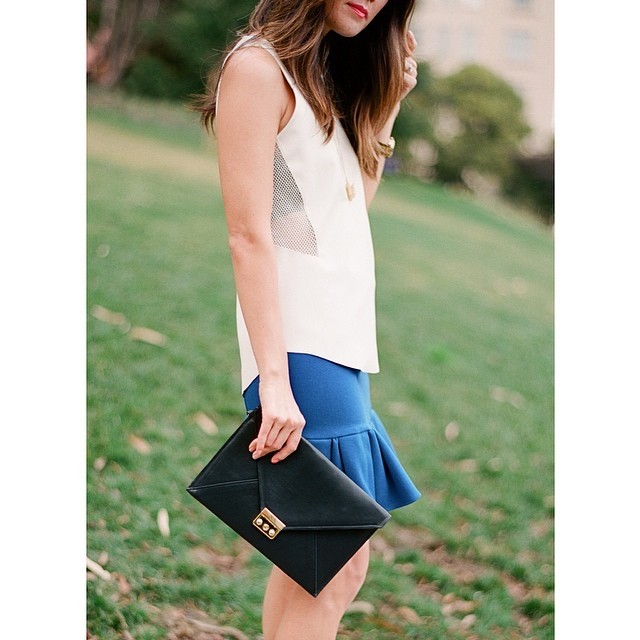 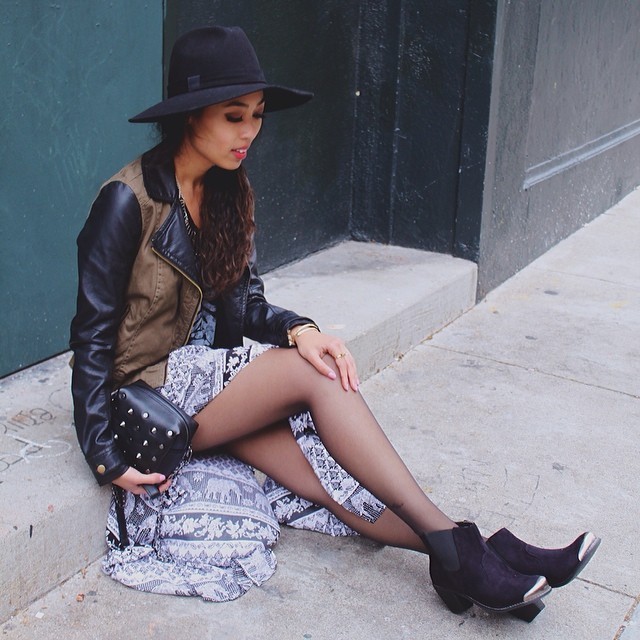 Check out the SF ladies that advanced to the final round of our #7x7Style contest. We're giving a Future Glory Chloe clutch to the three fashionistas who garner the most votes by 3/31/14. It was tough enough narrowing the submissions down to seven, so we're handing the final decision off to our readers. Happy voting!

It was at Coachella that longtime friends Theresa Lee, 33, and Jeanie Chen, 32, had a daydream of designing handbags. Just a few months later, in the winter of 2013, they rolled out their first design—a Céline-esque clutch big enough to hold an iPad, called the City Envelope. With Lee’s creative background at Sephora and DODOcase and Chen’s experience in finance, the pair was primed for the fashion business.

Future Glory, their young brand launched a foldover clutch for spring 2014, shown here in three styles designed exclusively for 7x7 (and named after our own President and Editor in Chief, Chloé Harris). Available in a rainbow of poppy hues and a variety of supple textures, the line “reflects our distinct personalities but ultimately shows that we both love to have fun,” says Chen. Quality, craftsmanship, and affordability are watchwords for the company, which manufactures all bags locally and donates a portion of every purchase to support the fight against human trafficking. “It’s all about enabling hope and a better tomorrow,” says Lee. Future glory, indeed.

In Sonoma County, SingleThread serves a refreshing taste of Japan (with a spritz of Wine Country)

The Other Sistine Chapel: Nam June Paik Retrospective to Open at SFMOMA