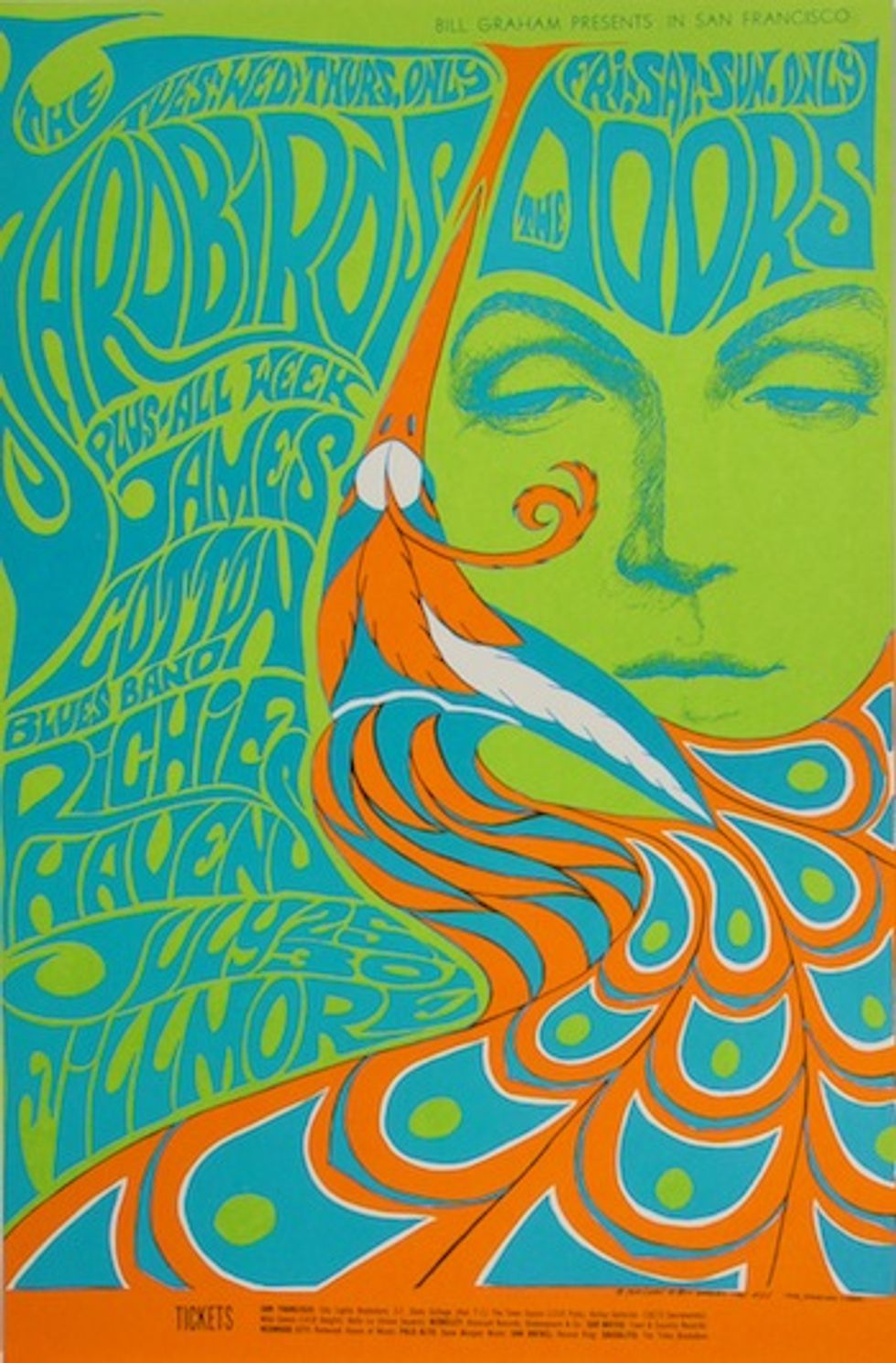 Fillmore art is something special to San Francisco. When I saw MGMT there in 2010, I was psyched to receive an iconic promotional poster as a souvenir. In my rock 'n' roll fantasy, the same would have happened at the Fillmore decades ago, but at a Jimi Hendrix show.

And while I scheme the time warp, this promotional art can always be admired. A smattering of the vintage posters can be found at photograph & frame in the Marina. “The Art of The Fillmore” collection celebrates the genius of late concert promoter Bill Graham. Not only did Graham discover musical greats like Janis Joplin, Jerry Garcia, and Jefferson Airplane, he invented a creative way to promote them.

Known to be colorful and trippy, the posters span three decades and various Fillmore locations: The original Fillmore Auditorium at Fillmore and Geary, the Fillmore West (now the Bill Graham auditorium), the Fillmore East (in NYC), and the Winterland Theater at Post and Steiner. Most of the art was hand-rendered with Art Nouveau influences with cameos of pop culture icons throughout.

With 230 pieces, perusing the collection is enchanting, especially to those who lived through it. This is the first time this series has been seen and sold. Sounds like a perfect gift for the music lover and rock 'n' roller — especially if they fell in love at a Janis Joplin and Jimi Hendrix show at the Fillmore in '68 and are still happily married. True story.

Sam Durbin (sami.7x7@gmail.com) is a California lifestyle writer who honed her blogging skills as Editor of FabSugar.com. Sam graduated from The Fashion Institute of Technology, and also writes for 7x7 Magazine and Gilt City.