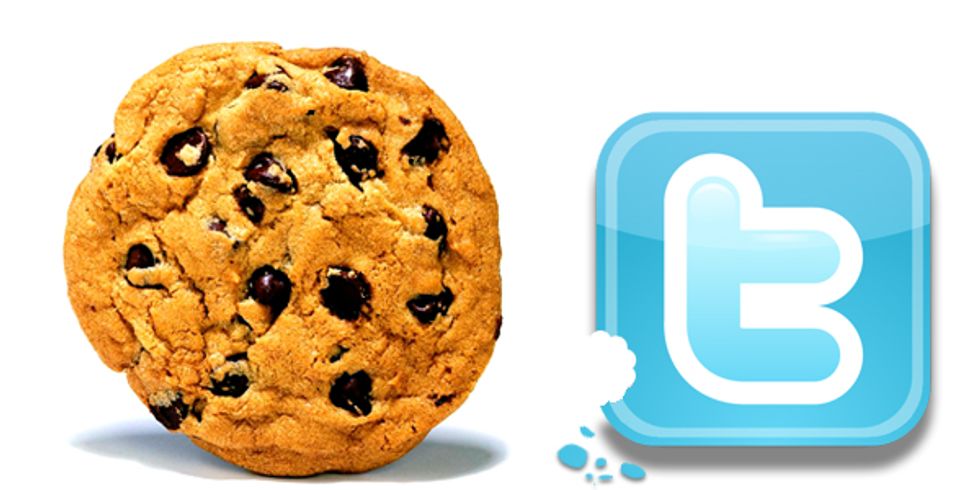 My friend Carrie* doesn’t like to just sit around when there’s a problem that needs fixing. Thus when a bug eliminated all of her  (and many others’) Twitter followers last year, she decided to take matters into her own hands.

Using Google, she located the Twitter office on Folsom Street and set out for a visit, stopping by a local bakery along the way to buy several dozen cookies in the hope that they might her gain entrée to one of the hottest companies on the planet.

When she showed up at the social networking site’s front door, it was locked, but by lucky coincidence, someone just leaving the office held the door open to let her in.

Once inside, she stood in the entryway wondering what to do next.

Then, in another stroke of good fortune, co-founder Biz Stone arrived in the office. He asked Carrie if she was there to speak to anyone in particular, and she blurted out "tech support."

He disappeared for a moment and then a young lady showed up to ask what was troubling her. Hearing the answer, she nodded and wrote down Carrie’s Twitter handle on the box of cookies and went back inside for a few minutes.

When she returned, she smiled and said, "We fixed your account. Everything should be okay now," but then she added: "Don't tell anyone about this. We can't have everyone showing up with boxes of cookies!"

Of course, San Francisco has always been home to many of those who have shaped the web into the vast reservoir of human culture and knowledge that it is today. But most of these pioneers live and work among us in relative anonymity, and their companies – though world famous – don’t have any flashy signs or dramatic architecture to advertise their presence.

So it still comes as a surprise to many San Franciscans that the headquarters offices for Twitter, Wikipedia, and Wired, among many others, are all in SOMA, in unpretentious buildings they’ve walked past hundreds of times without ever realizing what’s going on inside.

Twitter at least does provide a page of tiny thumbnail photos of its workforce, which by my count has now reached at least 334 people helping to make San Francisco one of the most entrepreneur-friendly places in the world.

David Weir is a veteran journalist who has worked at Rolling Stone, California, Mother Jones, Business 2.0, the Stanford Social Innovation Review, KQED, Salon, Wired Digital and was the founding editor of 7x7. He co-founded the Center for Investigative Reporting and is on the editorial board of The Nation magazine.