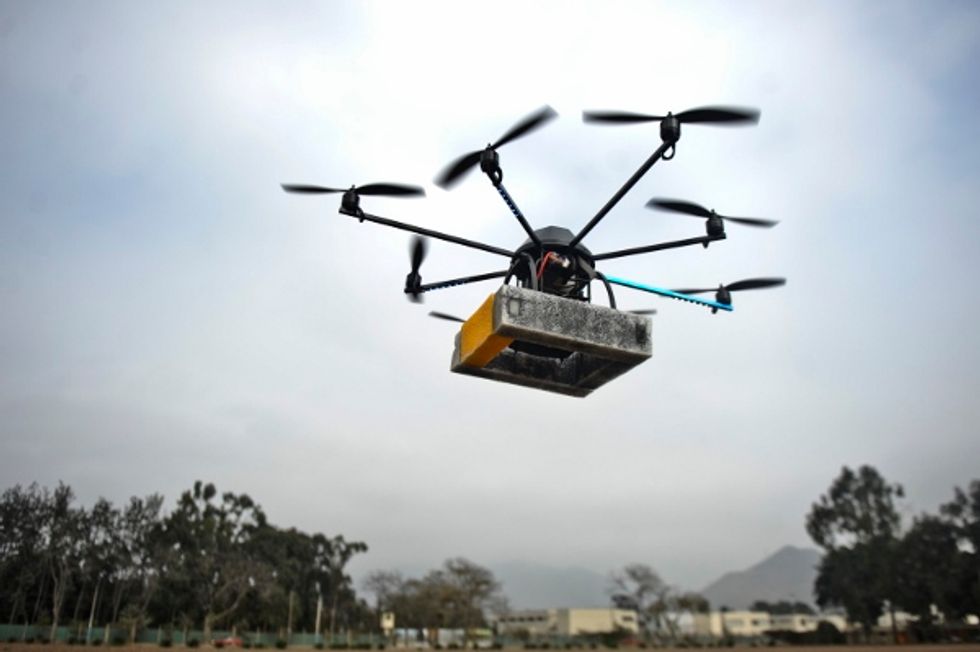 The Future of Drone Traffic Control Is Here

It’s a bird, it’s a plane…it’s your neighbor’s drone flying down the street. As the number of drones in the skies has increased over the last few years, so has concern about air traffic congestion and safety. Enter NASA, Google, Amazon, and, of course, the U.S. Government, whose top-clearance nerds are now working on solutions.

Last week, NASA hosted the first Unmanned Aerial Systems (UAS) Traffic Management Convention. Basically, it was a gathering of some of tech's greatest minds (from NASA, Google, Amazon, the U.S. Dept. of Transportation, and the Federal Aviation Association) all put together to come up with regulations and a long-term plan for large-scale commercial drone traffic in our skies.

Parimal Kopardekar, of NASA’s Ames Research Center in Mountain View, proposed a four-year plan for effective drone traffic management. Phase one will commence this September with traffic control, in unpopulated areas, for drone usage in agriculture, firefighting, and infrastructure monitoring. Come October of 2016, the focus will turn to creating flying procedures and “road” regulations, followed by phases to begin integrating drones into more populated areas, drone-to-drone communication, and finally, flight over high-density urban areas by March 2019.

Of course, there is still plenty to be done, with no real guidelines as yet existing for what types of drones can be flown where. But yes, drone deliveries from Amazon Prime may be just a few years away. It's a brave new world, people.