The Rhubarb Recession is Coming! Cash In Before It Disappears from SF Menus 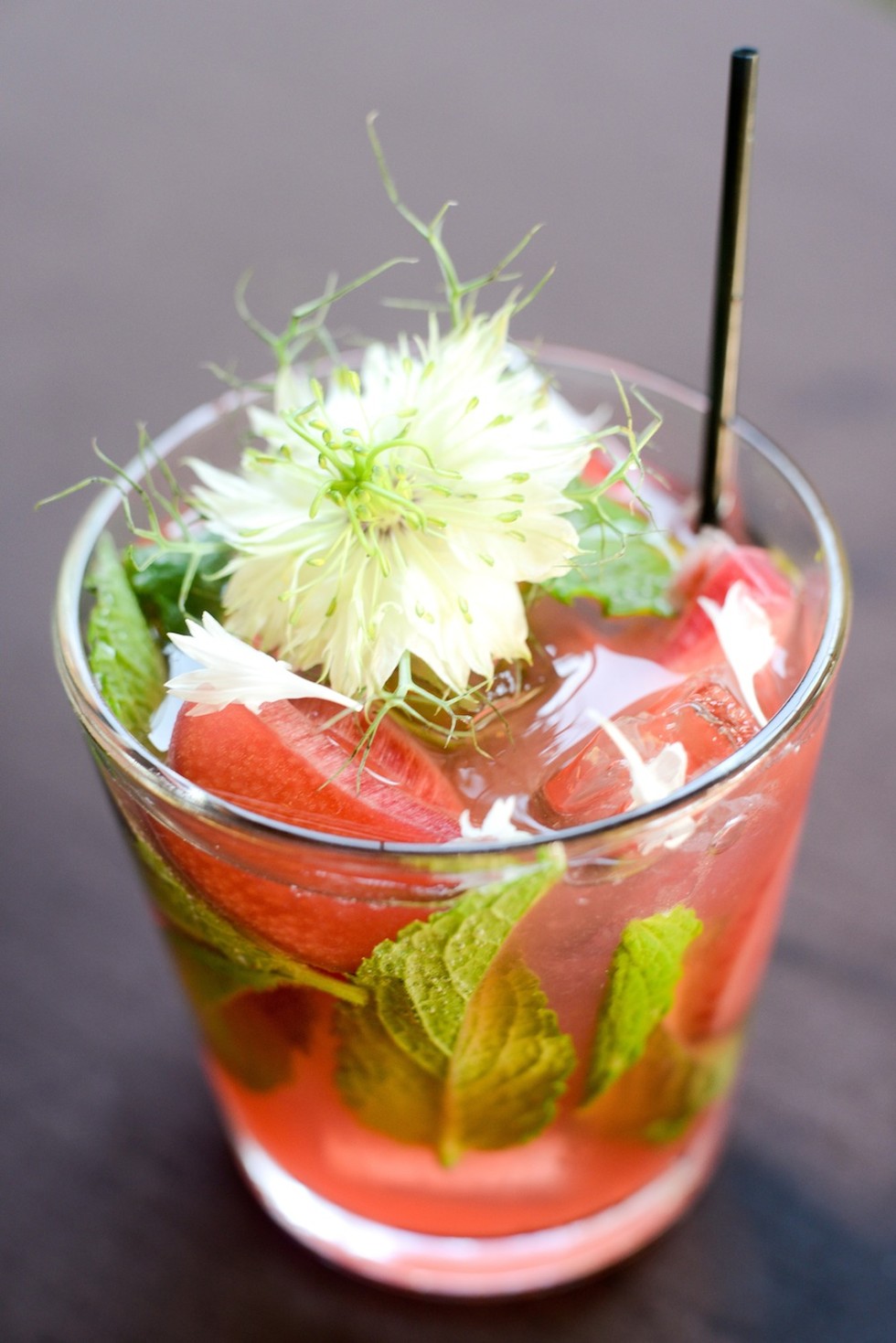 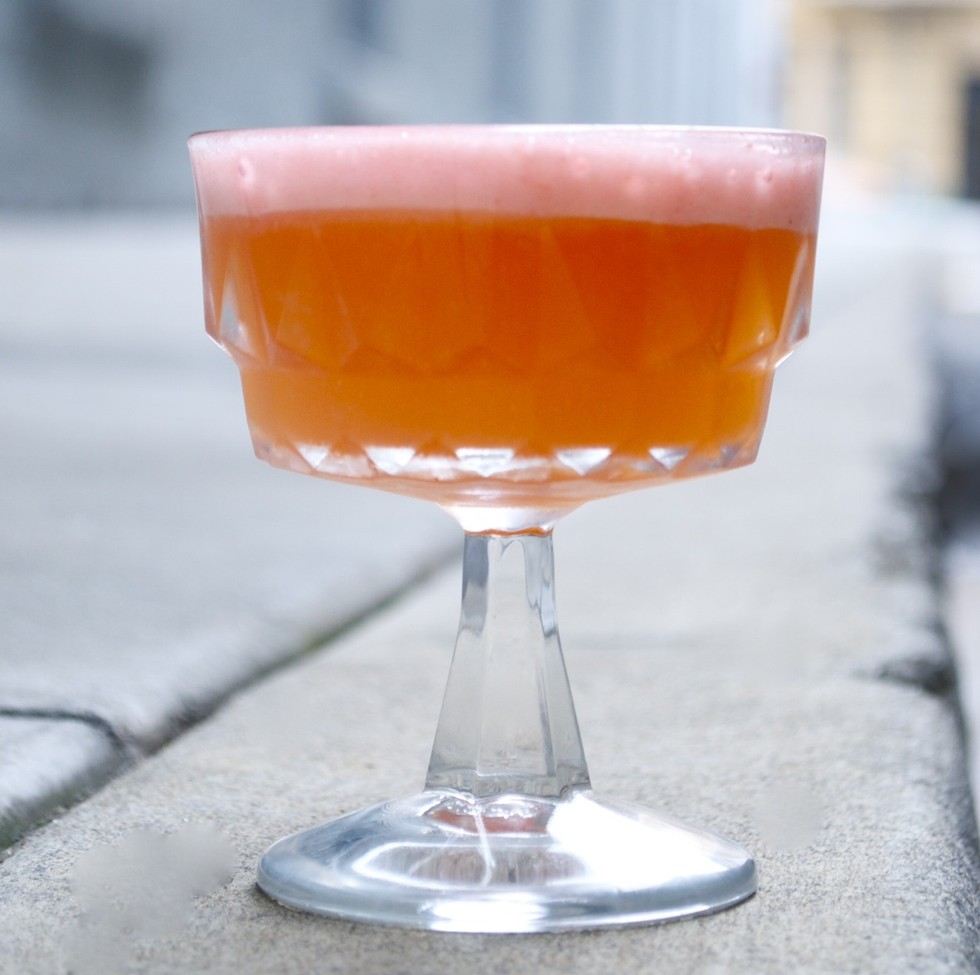 Previous Next
The Rhuby Red at Burritt Room 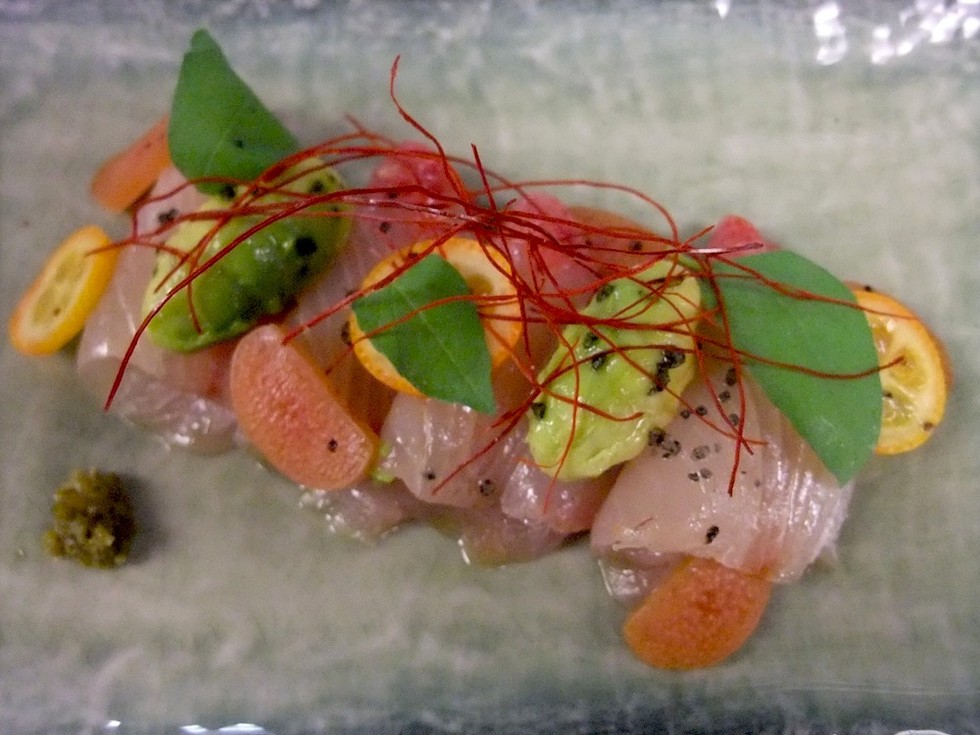 Previous Next
Kampachi Crudo at the Fifth Floor 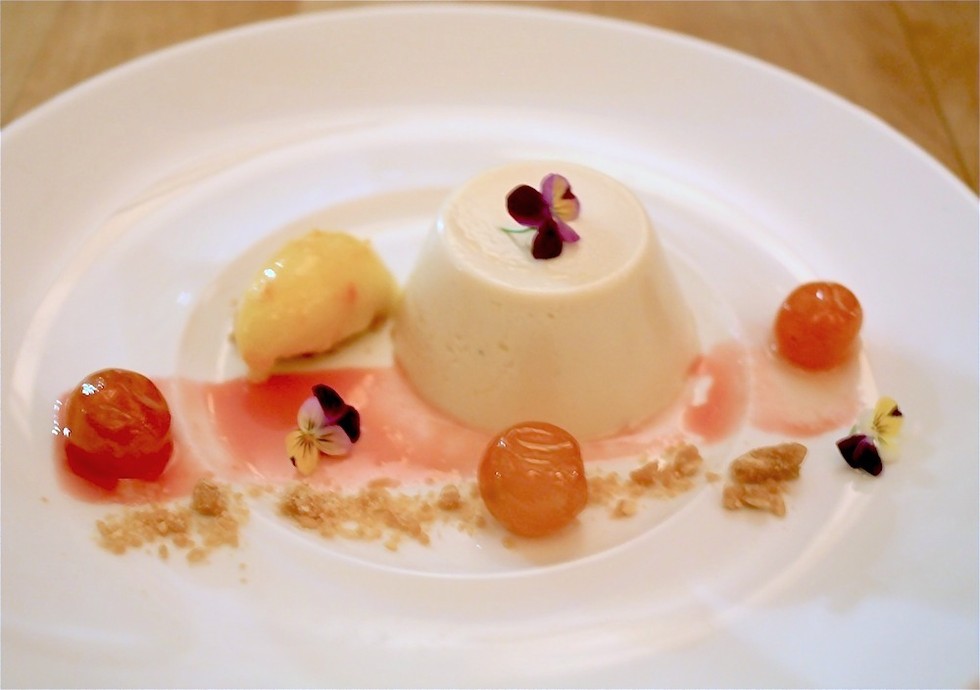 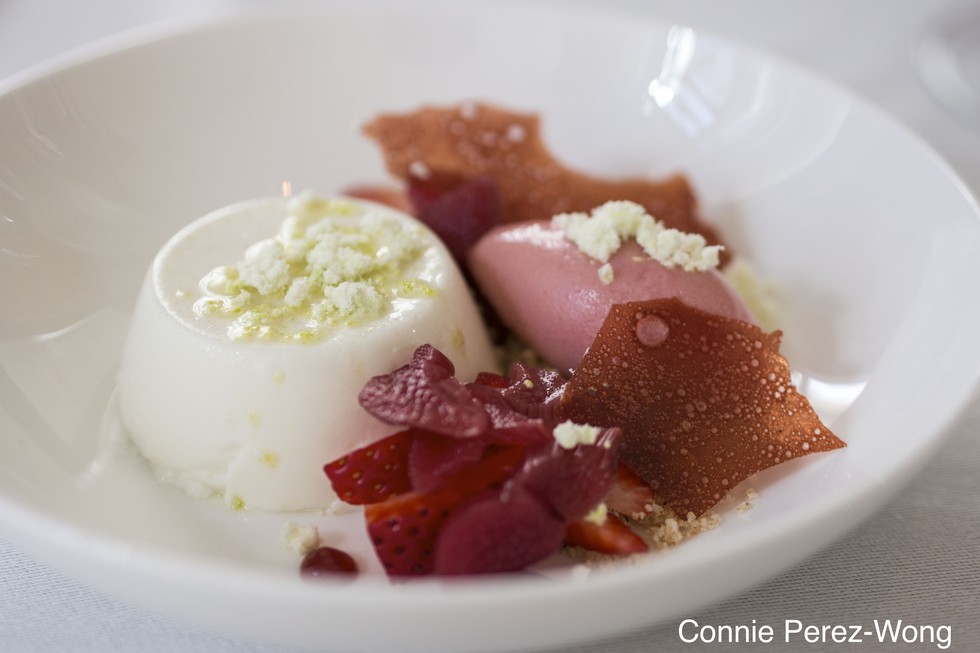 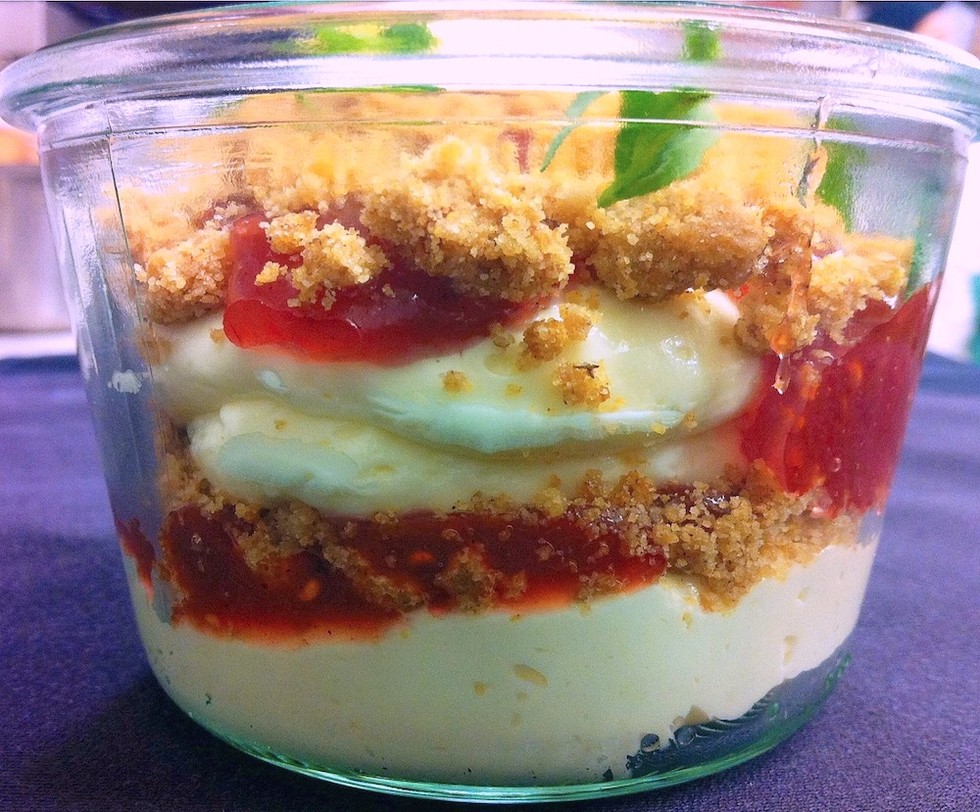 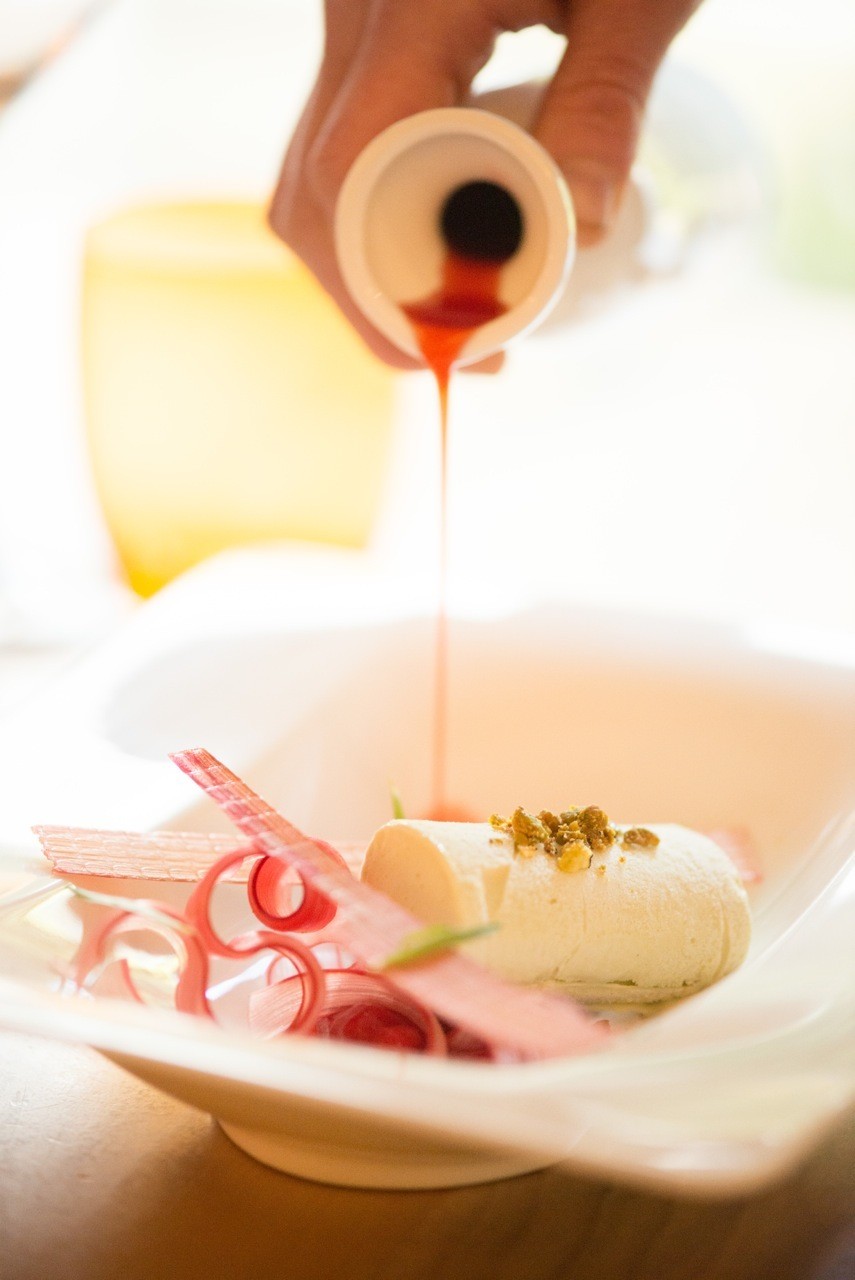 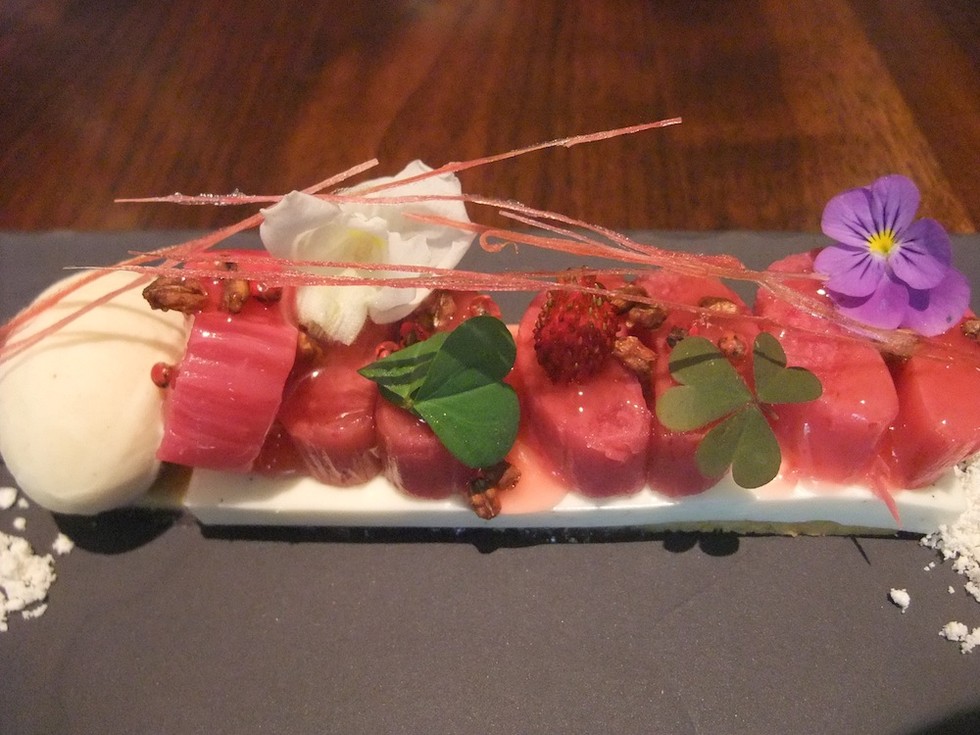 Rhubarb is the darling of spring but can be elusive at farmers markets and lately, has been disappearing from menus to make room for summer fruit like peaches and blackberries. Recently, rhubarb lovers mourned the passing of the rhubarb cobbler from the Boxing Room and the rhubarb crisp at Smitten Ice Cream, not to mention the Rhubarbarella cocktail at AQ. Fortunately, for those of us who crave the intensity and sour tang of the rosy stalks, there are still some restaurants serving it, but act fast because it may not be around for much longer.

Fresh rhubarb is a natural for cocktails. Let's start with Scott Beattie's Scarlet Gander served at Goose and Gander in St. Helena. It uses local Skyy vodka along with rhubarb simple syrup, lemon, seltzer, shiso leaves, and candied rhubarb to make you pucker up.

Back in the city you'll find it at the Burritt Room in the Rhuby Red, a combination of  bourbon, a housemade Burritt strawberry cordial, lemon, and rhubarb Peychaud foam.

While rhubarb is technically a vegetable, you don't often see it savory dishes. The Kampachi Crudo at the Fifth Floor is a notable exception. Along with raw fish it features rhubarb, kumquat, avocado, lemon basil a dab of yuzukosho and chile threads. A brightly colorful starter, it will be on the menu for a few more weeks.

Kumquats also feature in a dessert with rhubarb, the Toasted Chamomile panna cotta at Perbacco with rhubarb reduction, almond toffee crunch and candied kumquat sorbetto. It's light yet definitely shareable.

Another panna cotta featuring rhubarb is at Luce. It's infused with basil
and comes with macerated strawberries, basil powder and ravishing rhubarb sorbet.

At newly opened MKT at the Four Seasons, the star dessert is creamy cheesecake in a jar topped with a layer of rhubarb strawberry compote, a perfect balance of rich and refreshing.